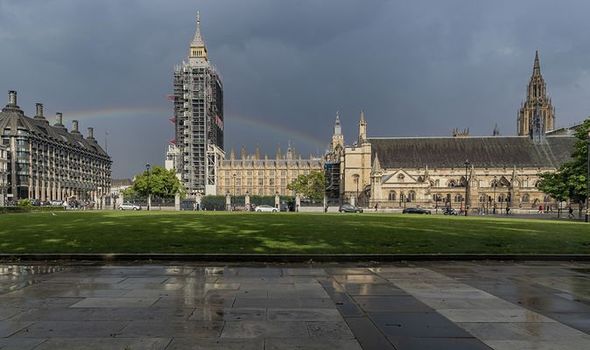 Despite the recent torrential downpours and thunderstorms, this summer has been a good one, according to meteorologists.

The Met Office’s Becky Mitchell said, statistically, it has been “warmer and drier than average”.

She added: “It’s not been wetter on average but we’ve seen a lot of reports on the news about the flooding.

“That’s why it may feel like a bad summer, with not much warmth or sunshine.” She added that the torrential rain and thunderstorms were down to the fact that July was so hot.

She said: “We’ve had quite a lot of warm weather and there was a heatwave during the middle part of July.

“The end of that heatwave triggered a lot of thunderstorms and intense rain, which is what brought some of those flooding incidents across parts of the South-east.

“There has been a lot of rainfall in a short amount of time, creating localised flooding events rather than it being a wet period.” At the weekend, much of Britain suffered a wet Saturday, with parts of London and Glasgow hit with flash floods.

In Lowestoft, Suffolk, a piece of art possibly by Banksy was partially removed over flooding fears.

The artwork in Nicholas Everitt Park depicted three children, who appeared to be standing in a small boat.

The metal boat was removed because it was blocking a drain and rain was forecast. It will be put back when the rain eases.

BBC meteorologist Stav Danos said yesterday: “We will have most of the showers in the new week across northern and western areas, with sunnier, drier and warmer weather in the South and East.”