While some parts of the UK have seen windy and rainy weather in recent days, the Met Office forecast the mercury could be rising over the next few days. This weekend some regions in the UK are forecast to see temperature highs of more than 20C, before the weather settles into a warmer, drier pattern next week.

The Met Office forecast today (Thursday) will be a less windy day, with highs of around 15 to 16C.

While the northeast of England was between 8 to 10C yesterday, the region could also see a much warmer day, possibly reaching highs of 15 to 16C as well.

Overnight tonight it will be mainly dry with plenty of clear spells, although there will still be a few showers across Scotland. 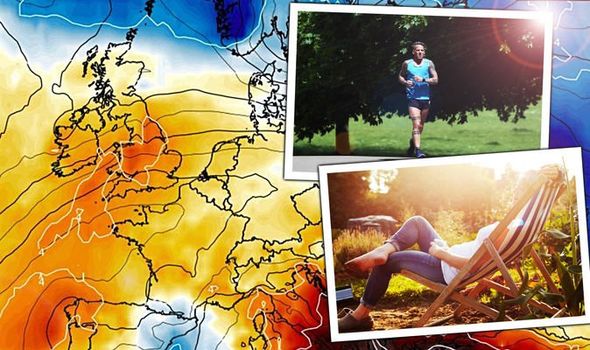 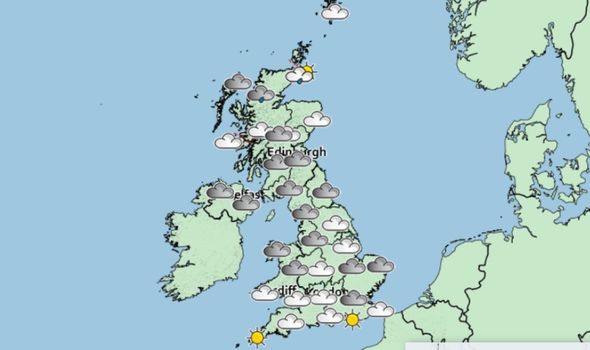 The mercury could plummet to as low as -2 to -3C, with frost forecast first thing in the morning on Friday.

Friday will be a bit cloudier, but there will be decent sunny spells across the majority of the UK, although cloudier further north.

The UK could see highs of 17 to 18C on Friday, but the weather is forecast to significantly warm up this weekend.

Simon Partridge, meteorologist at the Met Office, told Express.co.uk: “We get more of a split in the weather for the weekend. 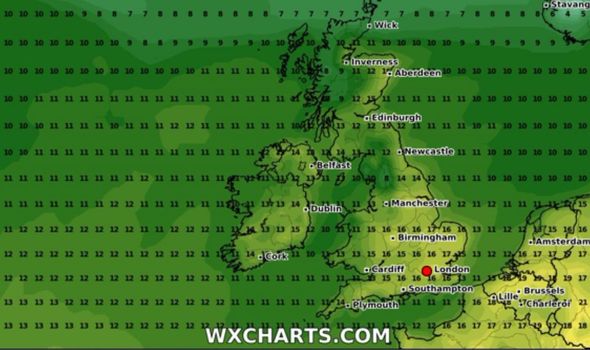 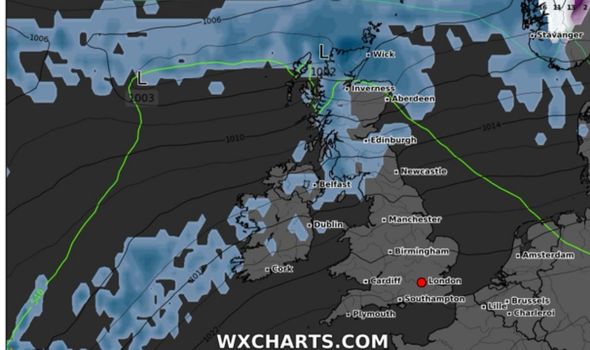 “On Saturday we’ll see cloudier, breezier conditions in the north with some patchy rain for Northern Ireland and mainly western Scotland.

“In the south dry with sunny spells, there will still be some clouds around, but sunny spells.

“It’ll be a touch warmer again, we could be just touching 20C down in the south on Saturday.

“End of the weekend, on Sunday there is a real difference between north and south.

“Northern Ireland, Scotland and parts of northern England will have a pretty wet day, rain on and off throughout much of the day on Sunday, particularly western Scotland.

“Further south, for England and Wales mostly dry, sunny spells, and I wouldn’t be surprised if you saw 21C, maybe 22C.

“Into next week, everywhere turns a bit drier and a bit warmer.” 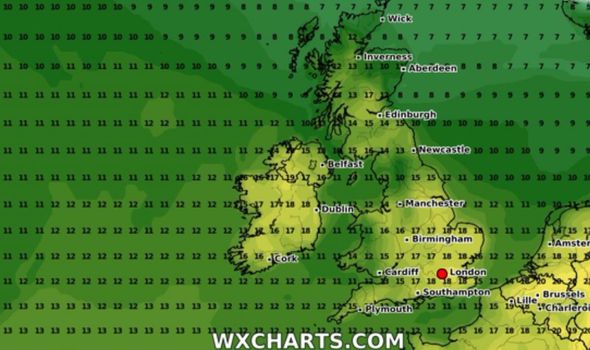 The Met Office long-range forecast is currently predicting warmer weather could last until mid-June at least.

The long-range forecast for May 28 to June 11 reads: “Although with low confidence, this period looks to stay largely dry and fine with bright or sunny spells for many.

“Despite the dominance of settled weather, this doesn’t rule out some spells of rain or showers, with any prolonged rain more likely in the northwest.

“Temperatures generally trending on the warmer side with an increased chance of some very warm/hot spells in the south.”