Low pressure from an Atlantic weather system will sweep rain in from the west this morning, according to Net Weather. The strong winds will result in gales during the weekend, but they will have more humid air. The Met Office has also issued two yellow weather warnings for rain on Friday and Saturday.

Friday’s warning will last from 1am to 3am and has predicted heavy downpours in western Scotland of up to 600mm (6cm) on higher ground.

This includes Glasgow, Dumfries and Galloway.

The Met Office forecast on its website said: “Rain, heavy at times, is expected to bring accumulations of 20 to 30 mm quite widely within the warning area, and locally as high as 60 mm on high ground.

“Rain will gradually ease on Friday night before clearing during Saturday morning. 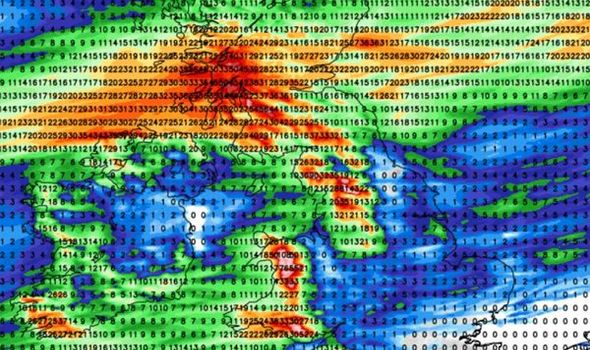 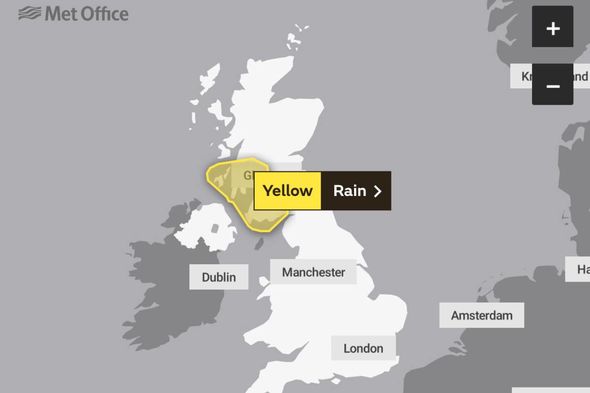 Meanwhile, a second warning for rain has been issued on Saturday, as the warning is extended until 3am.

The Met Office warned the heavy rain could lead to disruptions. 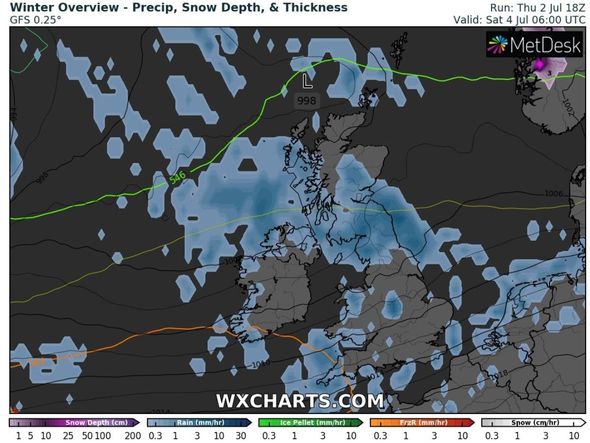 “Flooding of a few homes and businesses is likely.”

Jo Farrow at Netweather added there is a chance of thunderstorms today.

She said: “To start the day there is an occluded front giving a wet start for northern England, particularly Hull and East Riding of Yorkshire and North Lincolnshire.

“The winds are almost cyclonic around this rain, NE breeze off the North Sea for NE England, northerly for Northern Ireland, north-westerly for Wales and a westerly breeze for southern England. 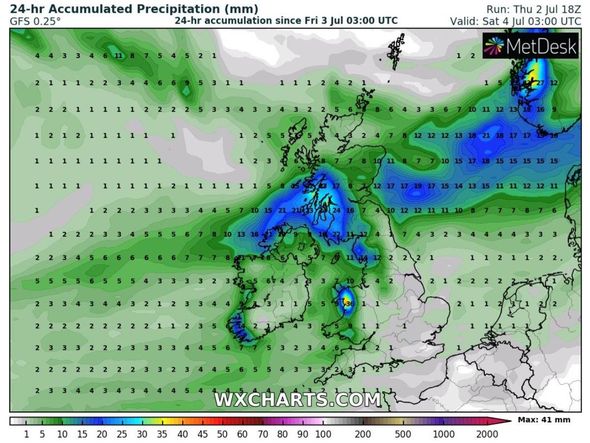 “The rain will fade for eastern England this morning with many parts of the UK having a fair day with light winds, the odd shower, a good deal of cloud but some bright spells too.

“Temperatures will be in the mid to high teens and low 20sC in the south. Birmingham at 18C.”

She added the rain will persist on Saturday for many regions.

Ms Farrow said: “The showers fade this evening and there is a brief quiet lull with light winds. 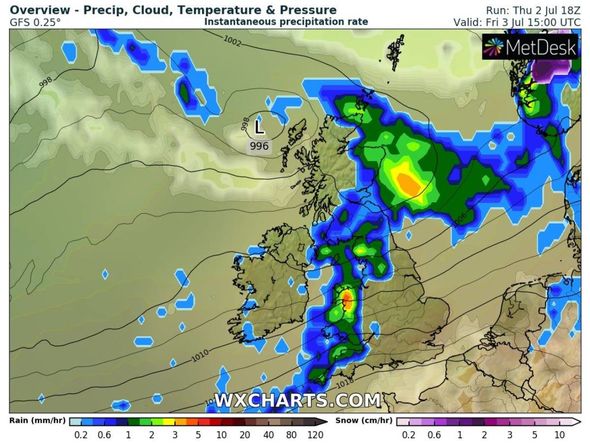 “Low pressure will continue to swirl around over the northern Atlantic, south of Iceland and Greenland.

“The weather fronts from this reach Ireland on Thursday night and trailing weather fronts just keep feeding in from the west, waving over the UK and Ireland bringing more rain.

“This ongoing rain could bring the risk of surface water flooding and possible river flooding.” 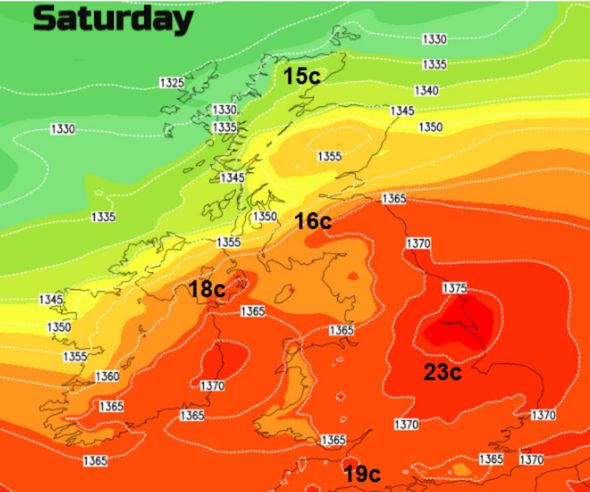 The wet weather coincides with pubs being given the green light to repoen this weekend.

But revellers have been warned by Prime Minister Boris Johnson not to overdo it as they bask in the opportunity to drink socially once more.

He said: “The public need to stay alert and realise that the threat is not over, follow the guidance and behave responsibly so that this virus cannot re-emerge in communities across the country.

“We are working through our roadmap but this could easily be undone.”