A yellow weather warning for rain has been issued by the Met Office from 1pm to 9pm on Tuesday, covering central Scotland. Thunderstorms are set to be replaced by heavy rain and strong winds in the UK.

Temperatures will remain warm in the 20s but will be offset by a south-westerly breeze over England and Wales.

Met Office forecaster, Jo Farrow, said: “On Tuesday there will be a lot of cloud and wet weather about for northern Britain and Northern Ireland with a low pressure nearby.”

She added: “The risk of heavy showers or thunderstorms remains across Britain.

“There will also be thick low cloud and murk giving a gloomy day for some. Temperatures gain high teens to low twenties but with a SW breeze for England and Wales.” 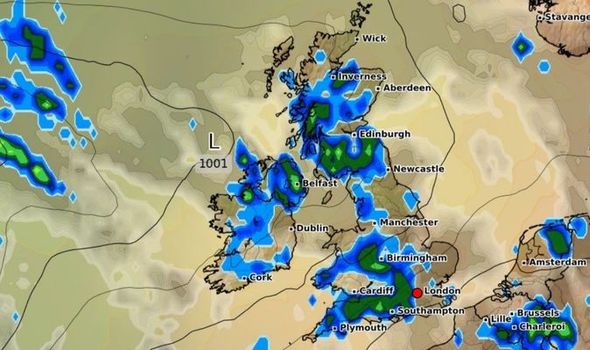 Warm and tropical air accelerating in from the south contains the remnants of Tropical Storm Kyle and will shift the weather this week.

“The winds have been light and so the storms crept along dumping high rainfall totals in one place, flooding roads or car parks.

“The second half of the week brings a change with gales being mentioned. 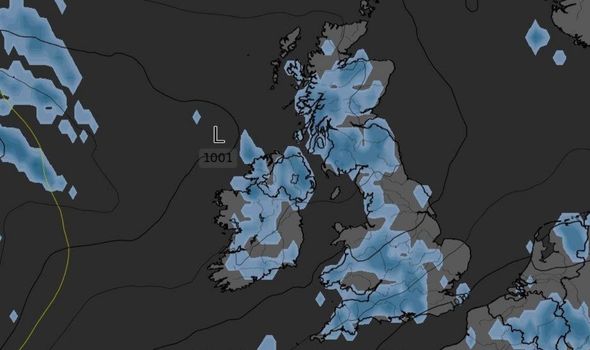 “As our weather changes, the Atlantic will have more influence with a large area of low pressure heading in. This contains the remnants of Tropical Storm Kyle.”

The hottest temperature on Tuesday is expected to be reached in London at around 25C.

Some areas could have bursts of 20-25mm rainfall in an hour or up to 50mm in a few hours according to the Met Office.

Heavy rainfall could lead to properties being flooded, delays to transport and road closures. 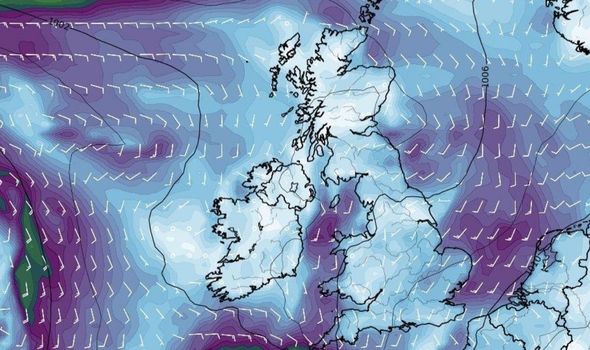 The Environment Agency has also issued flood alerts for parts of the Midlands around Birmingham.

The heavy rain will continue through the week bringing unusually windy weather.

Ms Farrow said: “After a brief lull on Tuesday night. This throws rain up from the south west on Wednesday into early Thursday moving right up through the UK with wet and windy weather on Friday.

“Will be more like autumn although still warm in the east and feeling fresher further west.”

Met Office forecaster Alex Deakin added that by Wednesday “it is set to get unusually windy for the time of year”. 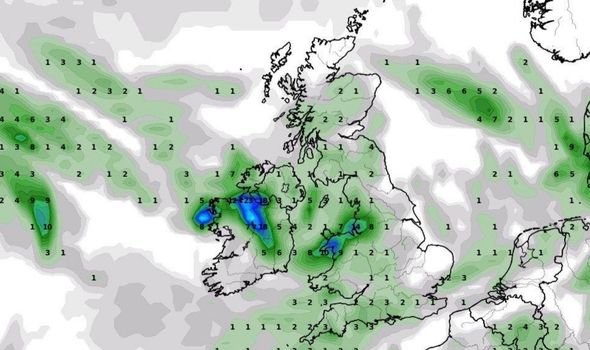 The dramatic change in weather comes after days of thunderstorms and flash flooding in parts of the UK.

The Midlands, East Anglia, south west England and parts of Wales were hit the worst by the stormy weather.

Mr Dewhurst said: “The highest rainfall totals were in quite widespread places and a lot of these totals fell in the space of an hour of two, so they had heavy downbursts in not very long periods of time.”