The mayor of Mexico City has tested positive for the coronavirus, becoming the most high-profile politician in Mexico to contract the virus as the country struggles to contain a rise in new cases.

In a tweet posted Tuesday, the mayor, Claudia Sheinbaum, said she did not have symptoms, felt “strong” and would continue to “coordinate all activities from a distance, with the same commitment as usual.”

Mexico’s dense capital — the center of its pandemic — has been grappling with a recent surge in hospitalizations, which had been declining even after much of the city reopened in July following a lockdown. It is among several Mexican cities awash in new cases, including Juárez, where local officials recently declared a state of emergency and forced businesses to suspend operations to contain the outbreak. 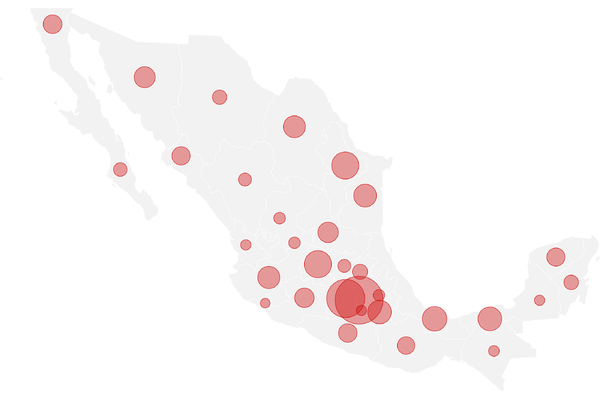 A detailed map shows the extent of the coronavirus outbreak, with charts and tables of the number of cases and deaths.

There have been close to 900,000 confirmed cases in Mexico and more than 89,000 deaths, figures that the government has said underestimate the true toll of the virus in a country where testing remains relatively scarce.

Ms. Sheinbaum is closely allied with the president, Andrés Manuel López Obrador, who has downplayed the virus, questioned mask-wearing and kept testing low. But the mayor, a scientist by training, has diverged from the federal government, pushing more widespread testing and contact tracing and requiring face coverings on public transportation.

Earlier this year, when a member of her staff tested positive for the virus, Ms. Sheinbaum grew so concerned about whether she might have contracted it that she bought an oximeter and began testing herself multiple times per day.