Migrants attempting to reach continental Europe from North Africa have been found hiding inside a container of broken glass and a bag of toxic ash.

Officials at the Spanish port enclave of Melilla, on the tip of Morocco, discovered and rescued 41 people hiding among the cargo on Friday.

In video that has been released, one person was found inside a large sack, which contained toxic ash from an incineration plant. 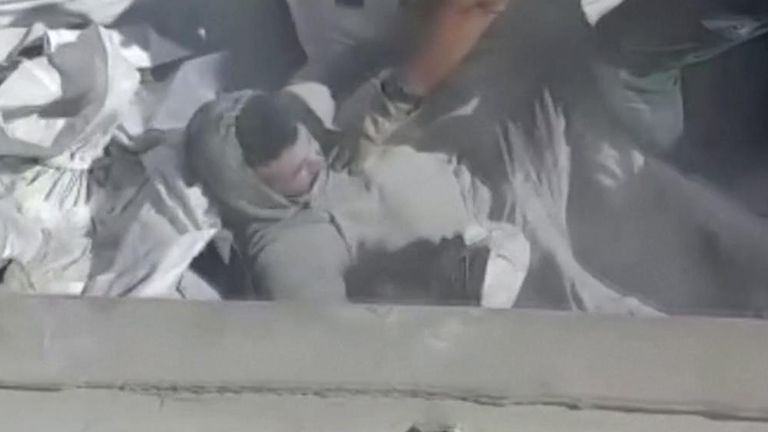 There were concerns the alleged stowaway had died – but the hooded man, covered in ash, regained consciousness after being pulled free.

“The man’s life was saved. He was almost dead,” a police spokesman said.

“He doesn’t even know where he is, he is frightened when he sees the officer’s knife and the officer has to reassure him and tell him that he is here to help him.”

Another four people had hidden themselves in a container full of thousands of discarded glass bottles, including some broken into pieces with sharp edges, which were being transported for recycling.

In footage from Spain’s Civil Guard, an officer can be seen helping to remove a person from a container of glass. 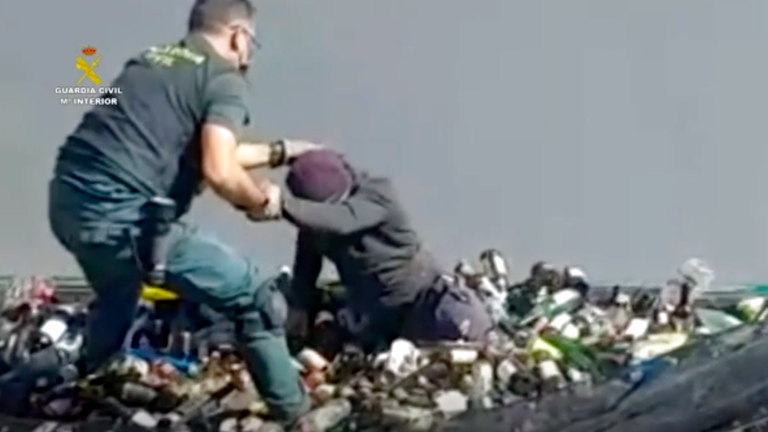 Every year, thousands of migrants continue to make attempts to reach mainland Spain via Melilla and Ceuta, which are two small Spanish territories in Morocco.

Police say they have identified 1,781 people attempting to cross through Melilla’s port area since the start of the year.

Throughout 2020, nearly 12,000 people were found across different locations in the port as part of a bid to make a crossing.