Heavy fighting has forced more than 100,000 people from their homes in Myanmar’s Kayah State.

In a statement, the United Nations expressed concern at the “rapidly deteriorating” situation including “indiscriminate attacks by security forces against civilians” in the area which borders Thailand.

Many of the displaced are now believed to be sheltering in nearby forests, with the UN warning they could be forced across international borders. 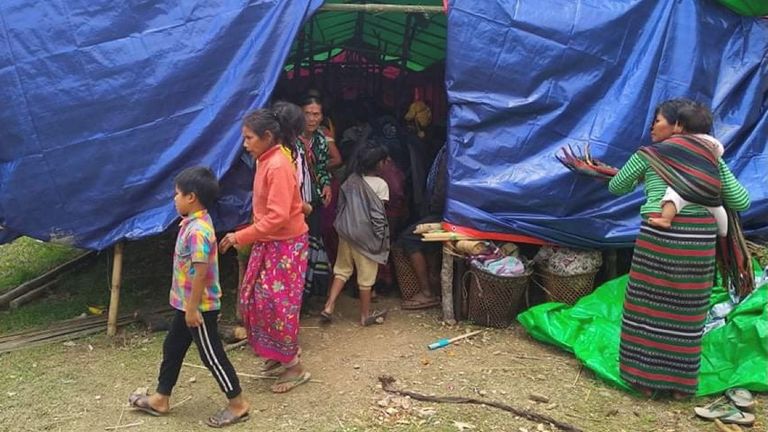 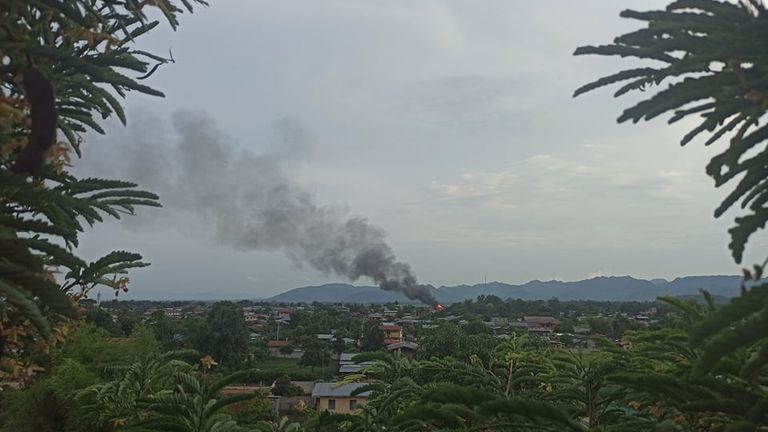 Khun Ra, whose name is changed for protection, is a teacher in the state.

He said: “We have to rely on ourselves. Some parts of Demoso town are under the junta control.

“They are using the fighter jets not only helicopters to bomb us. More than ten thousand people around our area are fleeing now.”

Battles between civilian resistance forces and the Burmese army have intensified in recent weeks as local people take up arms to challenge the military which seized power in a coup in February.

Junta security forces are also fighting the Karenni Army, the armed wing of the Karenni National Progressive Party in the state.

The Karenni People’s Defence Force (KPDF) has reported coming under heavy fire in response to attacks on troops. 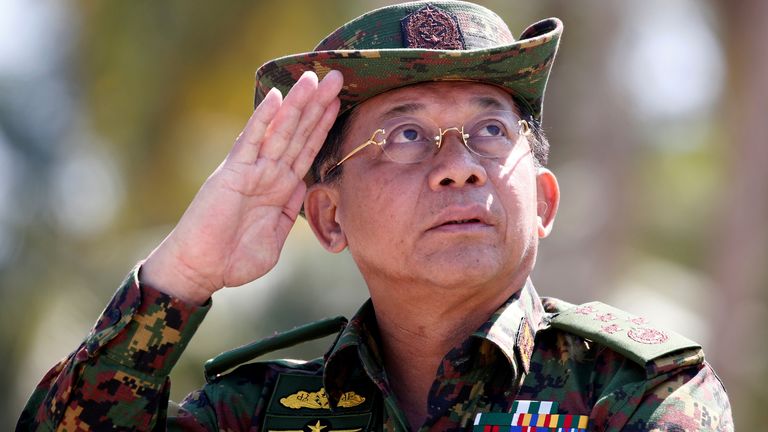 A spokesperson from the Karenni Nationalities Defence Force (KNDF) said: “We need water and food supplies, medical supplies and material for shelter to cover us from the rain.

“And we need fuel for the transportation of supplies.”

Residents and rebels have said the military has been using artillery and helicopters as well as carrying out airstrikes in the area. 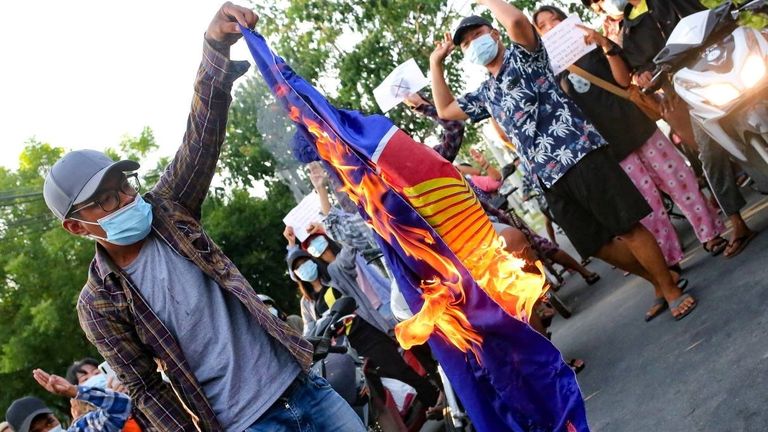 The UN in Myanmar said those fleeing were in urgent need of food, water, fuel and access to healthcare and urged security forces to allow safe passage to humanitarian supplies.

More than 150,000 people are estimated to have been displaced across southeastern parts of the country by armed clashes.

At least 857 people have been killed by security forces since the coup, according to figures from the Assistance Association for Political Prisoners (Burma).

Thailand recently expressed its concern at the situation in Myanmar and said it wants to see an end to the violence. Phil Robertson, deputy Asia director of Human Rights Watch, said: “The Thai government is fooling itself if it thinks the widening conflict, rights abuses, and displacement crisis will remain contained in Myanmar’s borderlands.

“What’s happening in Kayah State is precisely why authorities in Bangkok should immediately allow humanitarian assistance to flow freely across the border to reach those in need and recognize UNHCR’s mandate to protect those who flee into Thailand.

“The days of half measures, and whistling past the graveyard, need to be over in Bangkok, and across ASEAN (Association of Southeast Asian Nations), when it comes to dealing with Myanmar’s crisis.

“These figures indicate the scale of displacement in a small state like Kayah is really off charts, and that the SAC junta’s offensive against the People’s Defence Force (PDF) resistance fighters is really targeting the general population.

“This is precisely the sort of rights-abusing, scorched earth policies the Tatmadaw are infamous for, and the international community needs to act to stop it.” 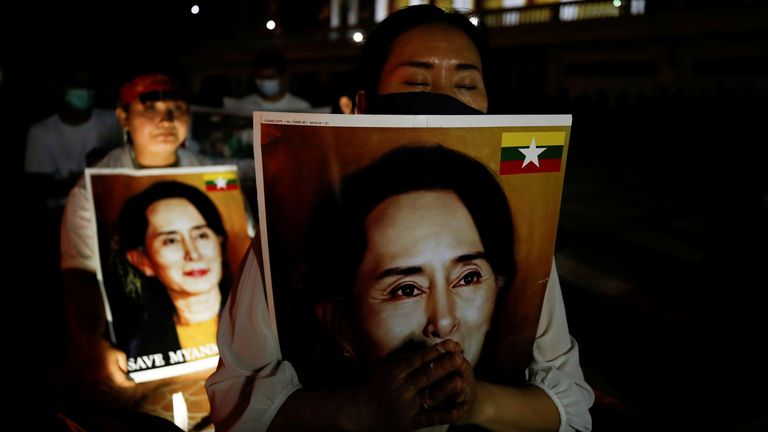 More than 5,800 have been arrested including the country’s deposed leader, Aung San Suu Kyi.

Lawyers for the 75-year-old revealed the military junta will begin presenting its case against her next Monday.

Ms Suu Kyi faces a range of charges including illegally importing walkie-talkies, breaking the country’s COVID-19 regulations, spreading panic, and breaching the colonial-era Official Secrets Act, which carries a penalty of up to 14 years’ imprisonment.

Her supporters say the allegations are false and aimed at discrediting her and legitimizing the military regime.

Sky News contacted the military for comment but so far hasn’t received a response.