The Myanmar woman was unaware of the group of heavily armed SUVs moving towards Parliament behind her as she continued her lively exercise routine. Recorded in the capital Naypyidaw, an armoured convoy moved towards the Assembly of the Union building to seize control on Monday morning. State Counsellor Aung San Suu Kyi is believed to be under the control of the military and has not been seen since the raids.

The teacher, believed to be called Khing Hnin Wai, took to social media after her video went viral.

She revealed she often visits the spot for her classes after some criticised the video for being fake as her shadow does not appear fully on the ground.

However, claims were debunked when locals pointed out she is essentially on a stage with steps behind her and her shadow forms on other objects in the background.

Since being published, the video has gained over 22,000 retweets and thousands of comments. 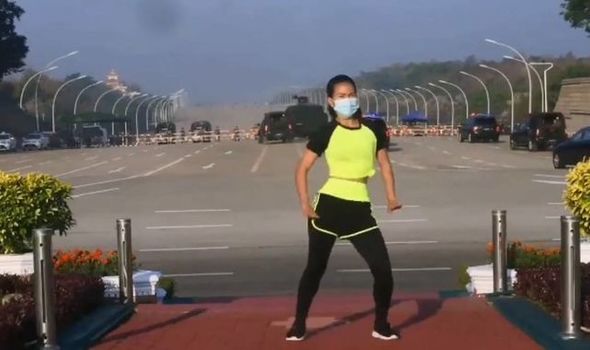 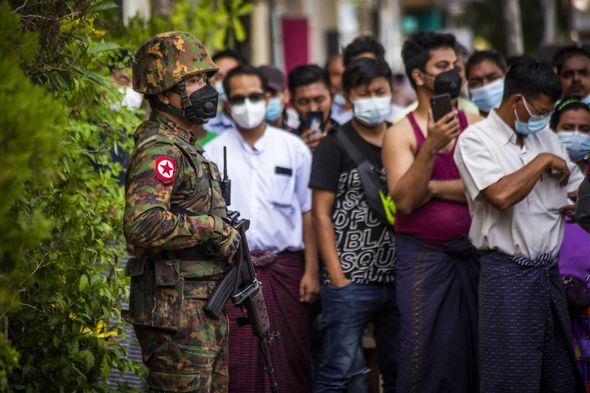 The motivation behind the military coup is over claims there were “huge discrepancies” during Myanmar’s November election.

A one-year state of emergency has been declared with State Counsellor Aung San Suu Kyi believed to be detained by the military.

The country, formerly known as Burma, went through another coup d’etat in 1962 where the Burmese Socialist Programme Party was installed.

Over time, the vicious dictatorship was dissolved and political prisoners were released, including Aung San Suu Kyi. 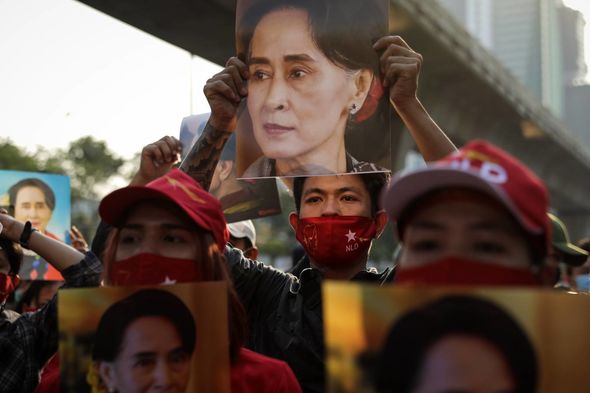 Aung San Suu Kyi went on to win two elections, one in 2015 and another in 2020 with the latter being contested by the military.

The army has arrested several political figures on February 1, which was the first day of the National League of Democracy’s (NLD) new term. 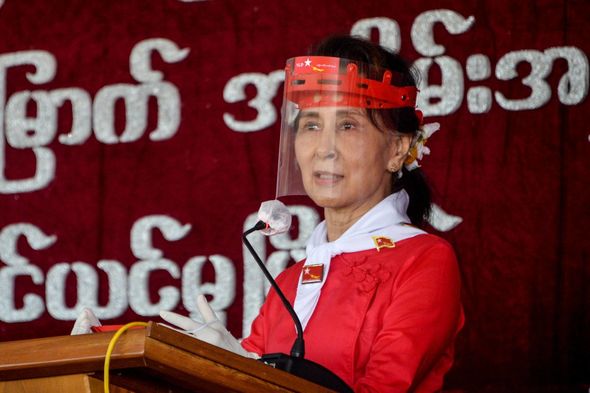 The military, which supports the opposition party, claimed the election was fraudulent as the NLD secured 258 seats of the 440 seats in the lower house.

He tweeted: “I condemn the coup and unlawful imprisonment of civilians, including Aung San Suu Kyi, in Myanmar.

“The vote of the people must be respected and civilian leaders released.”

Foreign Secretary Dominic Raab tweeted: “The UK condemns the state of emergency in Myanmar and the unlawful detention of figures in the Civilian Government and civil society by the military.”