Tennis champion Naomi Osaka is taking an indefinite break from the sport following her defeat at the US Open.

She suffered a surprise loss to Leylah Fernandez, 18, ending her first Grand Slam back after withdrawing from the French Open and Wimbledon due to mental health issues.

Holding back tears following the 5-7, 6-7 (2), 6-4 defeat, she said: “I feel like I’m kind of at this point where I’m trying to figure out what I want to do, and I honestly don’t know when I’m going to play my next tennis match. Sorry. 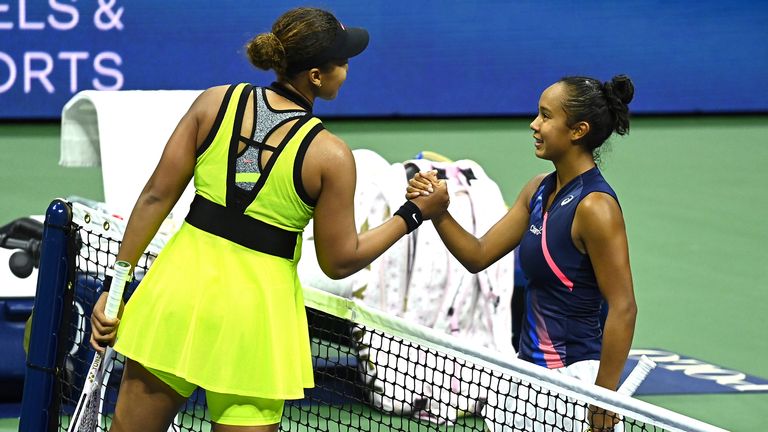 “I think I’m going to take a break from playing for a while.

“How do I go around saying this? I feel like for me recently when I win, I don’t feel happy. I feel more like a relief.

“And then when I lose, I feel very sad. I don’t think that’s normal. I didn’t really want to cry.”

During the match, she smacked her racket against Arthur Ashe Stadium’s court, and moments later threw her equipment sending it bouncing and skidding halfway to the net.

Her composure was off and by the end, the crowd was booing her for turning her back to the court and taking too much time between points.

It was the biggest win for world number 73 Fernandez – who has never made it this far in a Grand Slam – and sets up a fourth-round meeting with 2016 champion Angelique Kerber.

Fernandez said in her own on-court interview she knew going in “I was able to win”.

She added: “I wasn’t focusing on Naomi, I was only focusing on myself and what I needed to do.”