BRUSSELS (Reuters) – Dutch Prime Minister Mark Rutte held out against his European Union counterparts on Saturday as negotiations on a massive stimulus fund ran into a second day and officials predicted a rough road ahead. 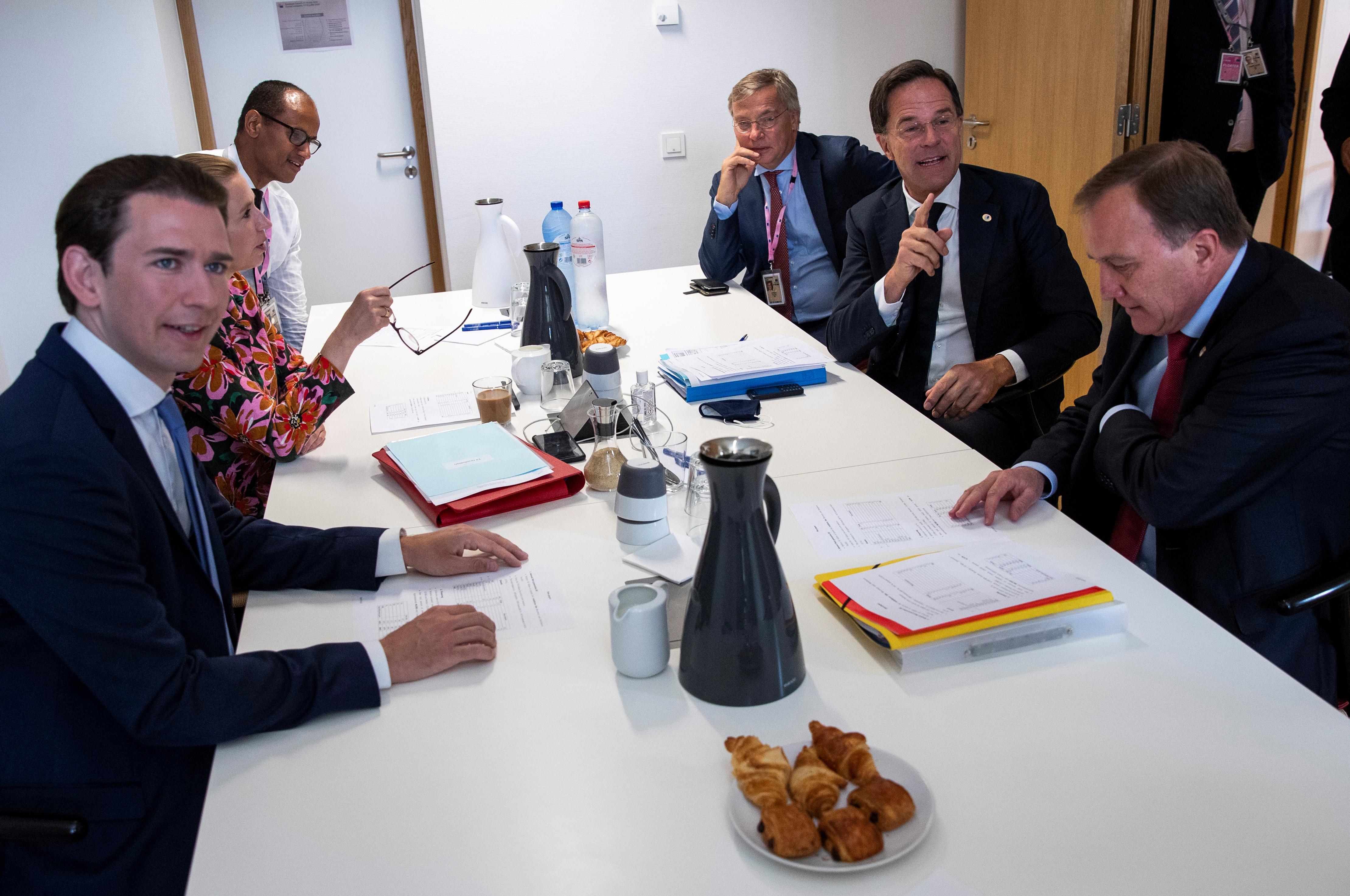 With the coronavirus pandemic dealing many European economies their worst economic shock since World War Two, leaders say they must agree on a 750 billion euro ($856 billion) recovery fund and a new 1 trillion euro EU budget.

Conceding that the atmosphere at the summit in Brussels had soured on Friday over a late evening dinner after 13 hours of talks reached a deadlock, Rutte told reporters on Saturday: “This will probably take a while.”

But Rutte said he would not agree at any cost, even as the Netherlands looked more isolated.

“It is getting a bit lonelier, I’m afraid,” he said of Dutch insistence that any money paid out from the recovery fund first be vetted by The Hague.

“I’m doing this for the whole of Europe, because it is also in the interest of Spain and Italy that they emerge from this crisis with strength,” Rutte said, referring to the two EU countries most affected by the coronavirus pandemic.

Many of the 27 leaders – wearing masks in their first face-to-face meeting since February – had their own demands in a complex negotiation crisscrossing different regional and economic priorities.

But the Dutch position highlighted the deep splits in the bloc, as the executive European Commission seeks a mandate to borrow billions of euros on capital markets for the first time. Fiscally conservative countries led by the Netherlands are adamant that any new debt should be strictly policed.

The exact size of the 2021-27, 1 trillion euro budget and how far to use payouts as leverage for reforms, or whether to withhold money over rule of law issues in eastern Europe, were still to be resolved.

Hungarian Prime Minister Orban, who critics accuse of stifling the media, academics and NGOs, threatened to veto the entire plan over a mechanism that would freeze out countries that fail to live up to democratic standards.