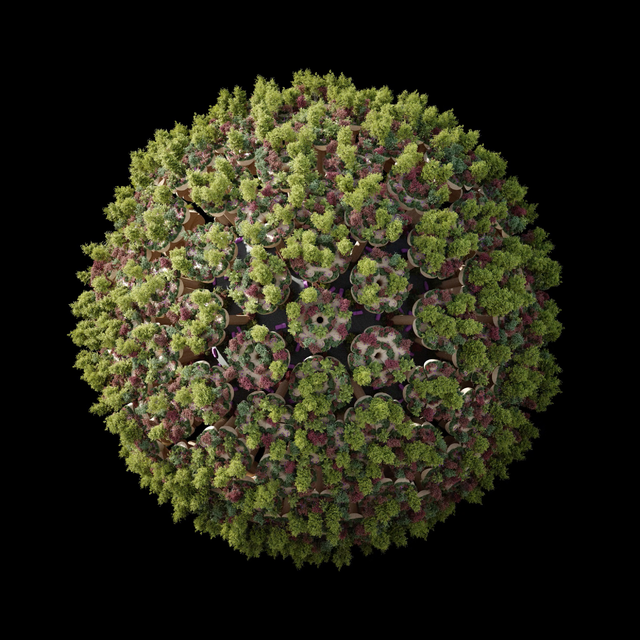 When Chris Precht, an Austrian architect and artist, first learned about nonfungible tokens, the digital collectibles taking the art world by storm, he was so enthralled, he said, he “felt like a little kid again.”

So Mr. Precht, who is known for his work on ecological architecture, was devastated to learn that the artworks, known as NFTs, have an environmental footprint as mind-boggling as the gold-rush frenzy they’ve whipped up.

“The numbers are just crushing,” he said from his studio in Pfarrwerfen, Austria, announcing that he was canceling his plans, one of a growing number of artists who are swearing off NFTs, despite the sky-high sums some have fetched at auctions. “As much as it hurts financially and mentally, I can’t.”

Financially, for sure. Last month, a montage of art that had been turned into an NFT by the digital artist known as Beeple sold for more than $69 million at a Christie’s online auction. (Also last month, an NFT created from a New York Times technology column sold for more than $500,000, with the proceeds going to the Neediest Cases Fund, a Times-affiliated charity.)

But, by Mr. Precht’s own calculations, creating the 300 items of digital art that he had planned to sell — 100 each of three art pieces — would have burned through the same amount of electricity that an average European would otherwise use in two decades, he said in an Instagram video late last month.

What in the (warming) world?

An NFT is a piece of artwork stamped with a unique string of code and stored on a virtual ledger called a blockchain. Fanned by viral marketing, hubris and perhaps some pandemic ennui, interest in the NFT market has exploded, driving up the price of digital artworks to fantastical levels.

But blockchain technology, which also forms the basis of cryptocurrencies like Bitcoin, comes with enormous greenhouse-gas emissions.

In a nutshell, when an artist uploads a piece of art and clicks a button to “mint” it, she or he starts a process known as mining, which involves complex puzzles, awesome computing power and a huge load of energy. That’s because Ethereum, the platform of choice for NFTs, uses a method called proof of work to create digital assets like nonfungible tokens.

To successfully add an asset to the blockchain’s master ledger, miners must compete to solve a cryptographic puzzle, their computers rapidly generating numbers in a frenzied race of trial and error. As of mid-April, miners were making more than 170 quintillion attempts a second to produce new blocks, according to the trading platform Blockchain.com. (A quintillion is 1 followed by 18 zeros.)

The miner who arrives at the right answer first is the winner, and gets her or his asset added to the blockchain.

The system is intentionally designed to be onerous, ostensibly to make it transparent and competitive, and to prevent cheating. Bitcoin, the largest cryptocurrency, also uses the energy intensive proof-of-work model.

According to an estimate backed up by independent researchers, the creation of an average NFT has a stunning environmental footprint of over 200 kilograms of planet-warming carbon, equivalent to driving 500 miles in a typical American gasoline-powered car.

Other attempts to calculate the energy use of blockchain have also arrived at gargantuan numbers. Researchers at Cambridge University have estimated that mining Bitcoin uses more electricity than entire countries like Argentina, Sweden or Pakistan. A recently published paper in the journal Nature Communications warned that, if left unchecked, cryptomining in China could undercut the nation’s climate goals.

“I know it’s difficult to comprehend,” said Susanne Köhler, an expert in life cycle analysis at Aalborg University in Denmark who carried out a life-cycle analysis of blockchain technology. “You just click on a button or type a few words, and then suddenly you burn so much energy.” 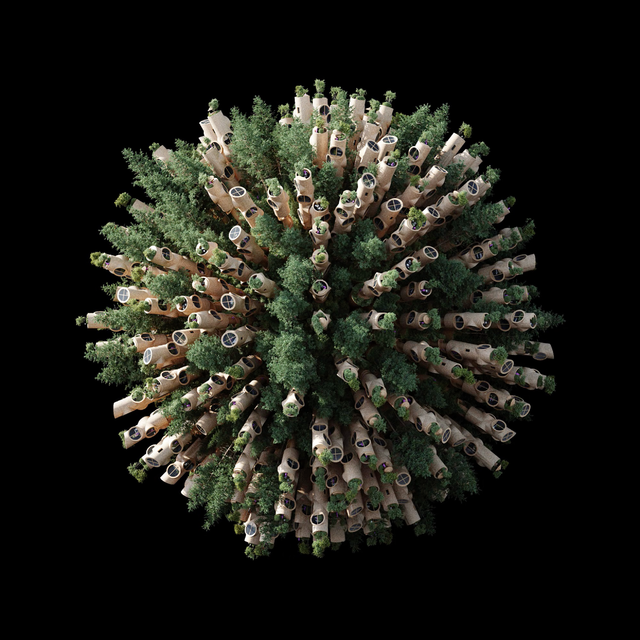 Making the problem worse, Dr. Köhler said, was that solving the puzzles becomes more competitive and more difficult as interest in blockchain grows and more people start mining. “So it doesn’t become more energy efficient over time, like other technologies do,” she said. “It just leads to a bigger emissions impact, unless their energy is carbon free.”

This is not the first time the art world has grappled with its role in climate change. There has been concern at art museums over fossil-fuel funding, with some choosing to end lucrative oil company sponsorships.

But NFTs have been particularly controversial, because the hype over digital tokens has been seen as a long-awaited shot for many smaller artists to finally garner more exposure, recognition and serious money for their work.

“Why is it when the little guys get a foothold,” the designer Gareth Stangroom, also known as @fire_hydrant_man, said in response to Mr. Precht’s announcement, “everyone’s on their case about the ethics of it — instead of criticizing the big players that have been abusing our planet for decades?” 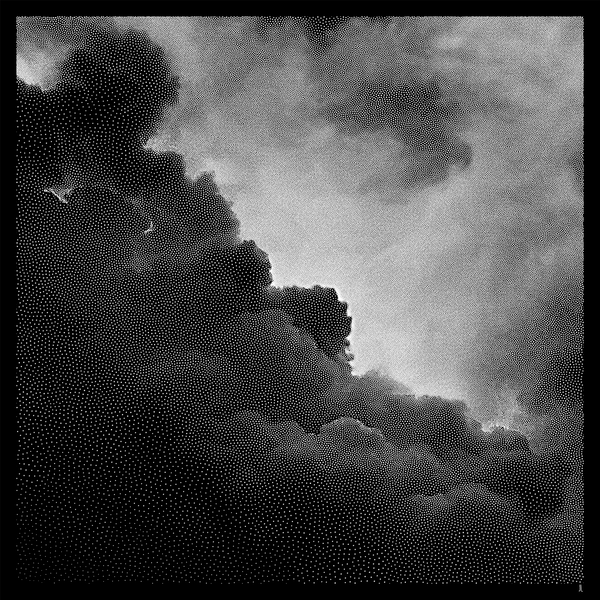 Joanie Lemercier, a French artist known for his futuristic light sculptures, was one of the first to dig into NFTs’ environmental consequences. He had just released six tokenized videos, inspired by platonic solids, which were snapped up by buyers. But he had heard of the growing alarm over Bitcoin’s energy use, which worried him: Mr. Lemercier has also been involved in climate activism, campaigning for a move away from coal.

He turned to Memo Akten, a computational engineer and artist carried out some of the first calculations specific to NFTs and posted them on a site he named CryptoArt.wtf.

“It turns out my release of six crypto-artworks consumed in 10 seconds more electricity than the entire studio over the past 2 years,” Mr. Lemercier wrote on his website. He said he was putting future NFT releases on hold. “It felt like madness to even consider continuing that practice.”

“It’s really a big boom and the prices have been going crazy. But it can’t continue like this,” Mr. Lemercier said. “So there’s a sense that there is a very limited amount of time to make as much money as possible. So that’s why many dismiss this energy impact.”

The fallout has spread. Last month, the art app ArtStation, canceled a drop of NFTs from a group of popular artists just hours after announcing it, after a backlash formed over the environmental impact.

“It’s clear that now is not the right time,” ArtStation said. “It’s our hope that at some point in the future we’ll be able to find a solution that is equitable and ecologically sound.”

There has been pushback against the environmental concerns. In a recent post on Medium titled “No, CryptoArtists Aren’t Harming the Planet,” the NFT trading platform Super Rare addressed what it argued were misconceptions about the tokens’ emissions footprint. Blockchains like Ethereum were more like a train running all day, the authors said, and the transactions like seats on the train. NFTs, therefore, do not add emissions, they argued, just like a train would keep running regardless of how many passengers were on board.

However, Alex de Vries, a Dutch data scientist whose site, Digiconomist, tracks the sustainability of digital currencies, said that analogy did not hold up. “If one person doesn’t take a plane, it might not make a difference,” Mr. de Vries said, using a slightly different analogy. “But if a whole lot of people take planes, there’s more emissions from flying.”

Promises by some platforms to invest in carbon offsets have been met with skepticism, given the enormity of the carbon footprint from NFTs.

Saying, “Don’t worry! We’ll pay for carbon offsets” is the equivalent of setting a house on fire then placing a single potted plant on the burned property as “compensation,” the freelance illustrator Bleached Rainbows said on Twitter.

Ethereum has said it is reducing its footprint by moving toward a different model called “proof of stake,” which doesn’t require miners to compete to add assets to the blockchain. The new model instead rewards miners based on how much cryptocurrency they already own, vastly cutting down on the computational work, and by extension, associated emissions.

But since announcing the idea several years ago, Ethereum has been vague on when the change will actually happen. Dankrad Feist, a researcher at the Ethereum Foundation, a nonprofit that is working with the network on the switch, said by email that the effort would take another six to 12 months.

“Switching to proof of stake is not trivial for a network that currently already secures hundreds of billions of dollars in value, that’s why it unfortunately can’t happen overnight or there would be a high risk of failure,” Mr. Feist said. “I’m quite impatient about this and trying to push the merge as much as possible without overly compromising Ethereum’s security.”

Some smaller NFT platforms, including one known as Hic Et Nunc, have already started using proof of stake, attracting artists like Mr. Lemercier.

By cutting down on the number-crunching required, Hic Et Nunc doesn’t just reduce energy consumption; it also seeks to roll back the cost of listing NFTs, which can reach many hundreds of dollars, according to Rafael Lima, the founder of Hic Et Nunc. “It’s just a more efficient algorithm,” he said.