LAGOS (Reuters) – Nigeria began easing restrictions on Monday in its capital Abuja and in largest city Lagos, heralding the reopening of Africa’s biggest economy after more than four weeks of lockdowns imposed to contain the new coronavirus.

The government has said a 24-hour, stay-at-home order in place since March 30 in Abuja and the states of Lagos and Ogun – with exceptions only for food shopping and health-related trips – will be lifted gradually over a six-week period.

These densely populated regions will now come into line with the rest of the country in which slightly looser restrictions introduced last week by President Muhammadu Buhari include an overnight curfew, mandatory face masks in public and a ban on non-essential interstate travel.

On Monday, the usually frenetic streets of the coastal megacity Lagos, largely empty during the lockdown, were busy again with cars, buses and motorised tricycle taxis.

Distinctive yellow minivans used as buses were full, with some passengers struggling to find space to enter vehicles.

However, in a crucial difference to pre-lockdown life, most people on the streets of Lagos wore face masks.

In the capital Abuja, in central Nigeria, many businesses were still closed.

“I don’t have money in my pocket. I was coming to work, telling my wife to pray for me to work and bring something so that we could eat, but… there’s no hope of working today,” said father-of-three Easy Darlington, who could not reopen his printing business in a shopping mall that remains shut.

Businesses have been allowed to reopen provided they have decontaminated their offices, can enable social distancing and offer hand sanitizer and hand washing.

However, schools and places of worship remain closed, restaurants can operate only on a takeaway basis, and all cultural events have been cancelled.

Nigeria has confirmed 2,558 infections of the new coronavirus and 87 deaths since recording its first case at the end of February, a much lower toll than those seen in COVID-19 hotspots in Europe and the United States. 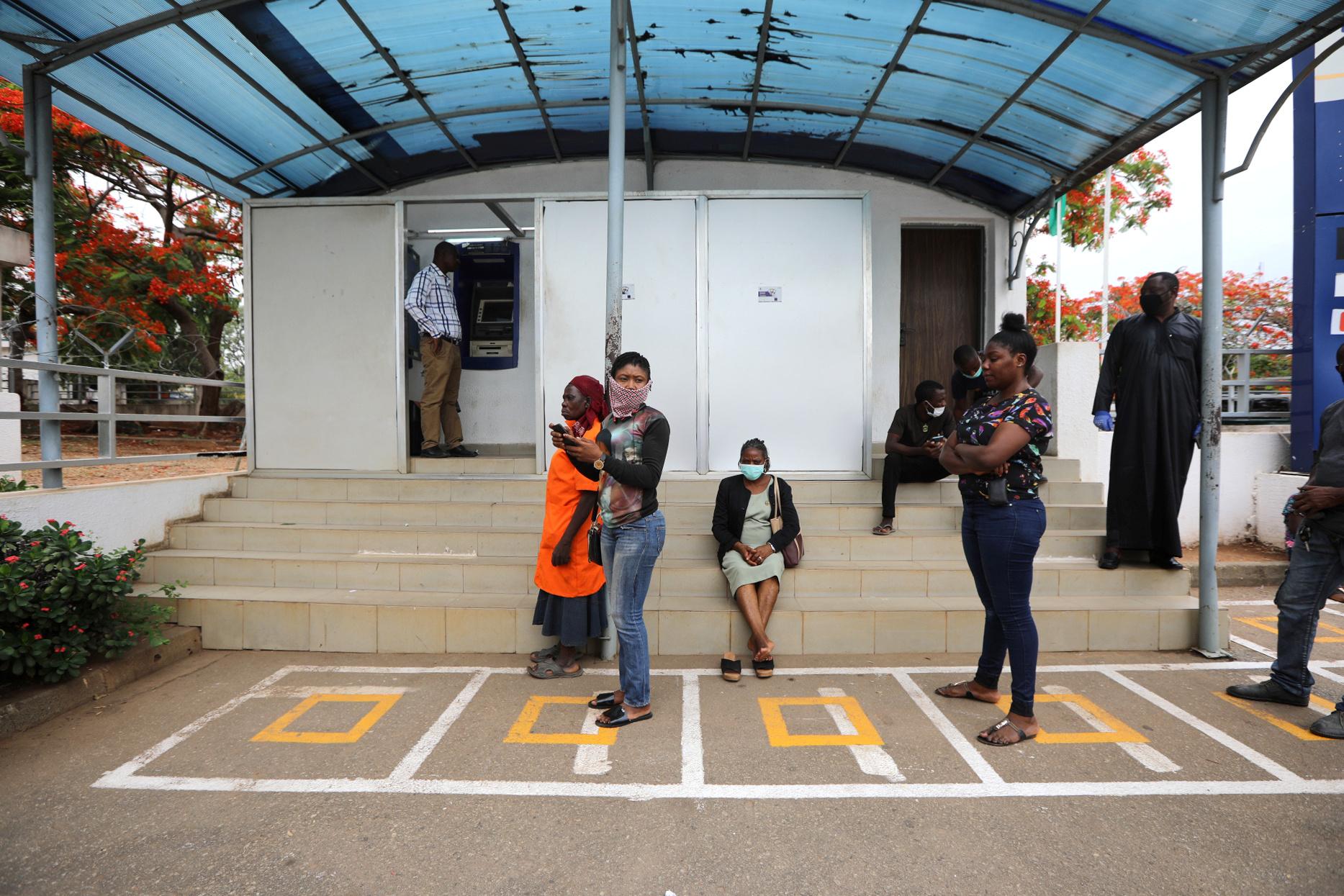 But the number of confirmed cases has surged in recent days, roughly doubling from 1,273 on April 27.

Experts have not reached a consensus on why Nigeria’s case tally has been so relatively low, though many point to a low testing rate. The centre for disease control said only 17,566 samples have been tested in a country of 200 million people.

The decision to begin a phased lifting of the lockdown despite the recent sharp rise in cases was criticised by some medical experts including the Nigerian Medical Association.

The NMA president, Francis Faduyile, said on Friday the move was “very premature” and risked driving up the rate of infections, which he called a “frightening scenario”.

Nigeria and other African governments have sought to balance curbs to avert an outbreak that could overwhelm hospitals with efforts to mitigate the impact on workers in a continent where 85% are employed in the precarious informal sector.

“While the initial reaction (in Nigeria) was a wholesale transfer of containment measures designed in and for substantially richer economies, the government is now adapting its approach to domestic realities,” said Malte Liewerscheidt, vice president of Teneo Intelligence.

In Rwanda, which enforced a strict nationwide clampdown, businesses have reopened and travel between provinces is permitted again. Similarly, shops were allowed to reopen and curbs lifted on domestic travel in Namibia, where wearing face masks in public is now mandatory.

In Zimbabwe’s capital Harare, queues formed outside money transfer agencies as residents collected remittances. Money sent from overseas is an important source of income in the southern African country, which is in the grip of its worst economic crisis in a decade.

But informal markets, which provide income to more than 80% of Zimbabweans, are still not allowed to operate except for the biggest fresh vegetable market in Harare.

The decision to ease restrictions follows similar steps taken in other nations in the region. South Africa on Friday relaxed one of the world’s strictest COVID-19 lockdowns and Ghana in West Africa last month lifted a three-week lockdown in its two main cities.

But some African countries have gone against the trend. Kenya, which imposed a daily 7 p.m.-5 a.m. nationwide curfew on March 25, is yet to relax the overnight lockdown.

On Monday, residents of Mathare, a slum in the capital city Nairobi, said police killed a 36-year-old man who was found outside during the curfew. They marched with the body to a Nairobi police station to protest over the killing.

A police spokesman did not immediately respond to a request for comment.