Ukraine celebrates its 31 years of independence from the Soviet Union today, on the same day as the sixth month anniversary of the start of the Russian invasion. Vladimir Putin expected to capture Kyiv quickly, but Ukraine is still standing strong as sources suggest Russia has lost 1,800 tanks and 44,000 soldiers.

The Ukraine government has put on a display of rusty burned-out tanks in the city centre of Kyiv to mock Russia’s attempt to take the city.

According to the Ukraine media, Russia had planned a military parade in Kyiv at the beginning of the war in February, when President Vladimir Putin expected to capture the capital city within three days.

The Telegraph reported that certain Russian officials had even prepared their formal uniforms for the parade.

Instead, this week Ukrainians walked down Khreshchatyk Street to view tanks that have been taken from Russia.

Children climbed inside the broken-down tanks and people were even seen taking selfies with them. 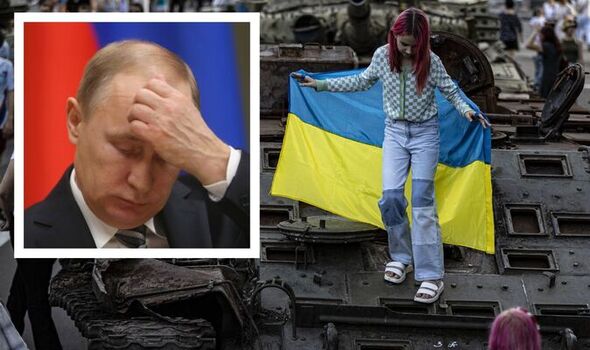 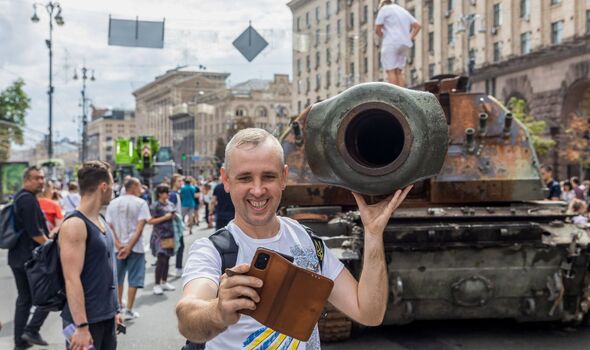 Ukraine’s military forces have taken to social media to poke fun at Russia with their mock tank parade.

This probably wasn’t what he had in mind…” followed by pictures of burnt-out tanks being displayed on the streets.

The Defense of Ukraine account said: “In February, Russians were planning a parade in downtown Kyiv.

“Six months into the large-scale war the shameful display of rusty russian metal is a reminder to all dictators how their plans may be ruined by a free and courageous nation.” 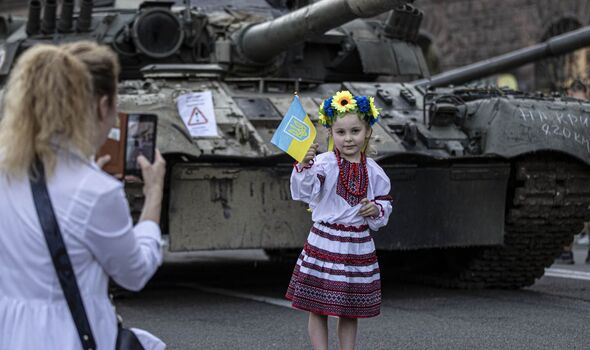 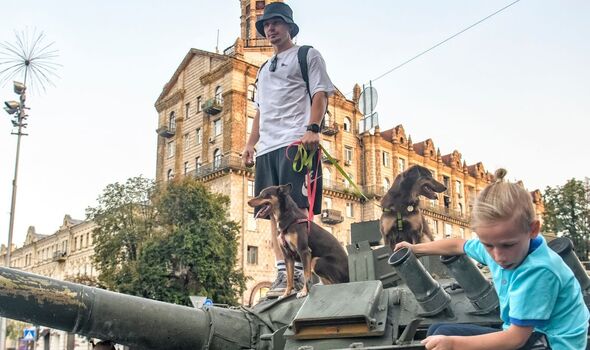 Ukraine’s Minister of Defence Oleksii Reznikov even tweeted about the occasion.

He wrote: “The aggressors dreamt of capturing Kyiv in three days. The occupiers intended to hold a parade in our capital. Ok, they’re here. Tons of scrap metal.”

The event was put together by both Ukraine and the Polish Governments who called the mock parade “For Your Freedom and Ours ”.

The tanks are currently in Kyiv but there are plans for the tanks to travel to parts of Europe such as Lisbon and Madrid to continue the celebration. 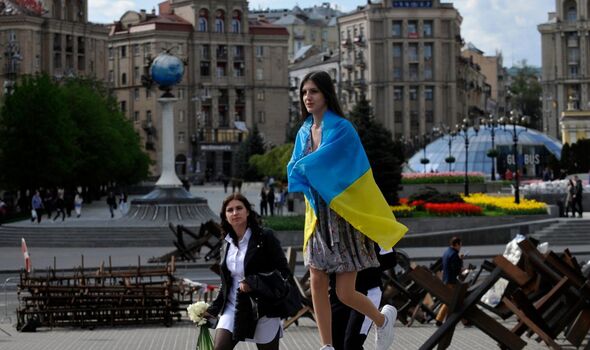 Ukraine’s President Volodymyr Zelensky has warned that Russia may have planned an attack.

“Such is our enemy. But in any other week during these six months, Russia did the same thing all the time—disgusting and cruel.”

The US has also warned that President Vladimir Putin will launch a fresh attack on Ukraine on Wednesday.

The US State Department said: “We have information that Russia is stepping up efforts to launch strikes against Ukraine’s civilian infrastructure and government facilities in the coming days.

“Given Russia’s track record in Ukraine, we are concerned about the continued threat that Russian strikes pose to civilians and civilian infrastructure.”

As a precaution, Kyiv and other Ukraine cities have banned large public gatherings on Wednesday in case there is an attack.