The Notre-Dame cathedral choir has sung inside the gothic landmark for the first time since last year’s devastating fire – complete with hard hats and social distancing in place.

The 20 singers also wore protective suits as they performed without an audience for the Christmas Eve concert.

Members of the public are still not allowed inside the partially-destroyed cathedral which remains a construction site.

People are not expected to be able to go back inside until at least 2024. 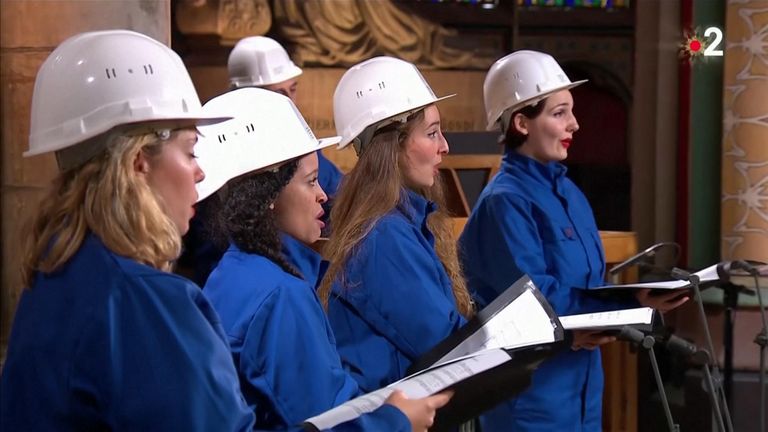 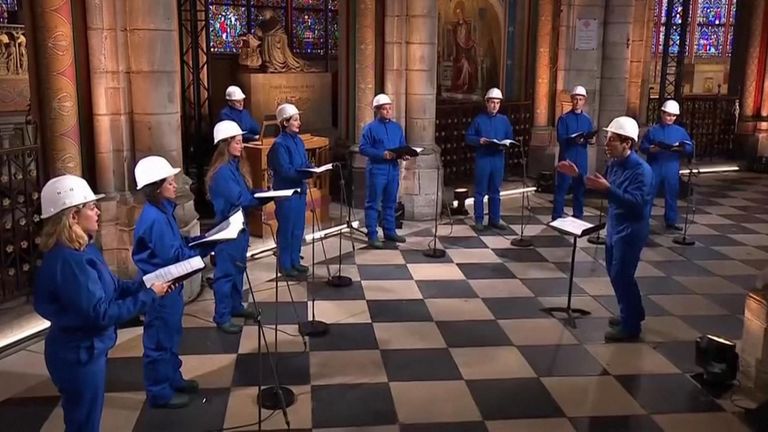 The choir performed beneath stained-glass windows for the Paris concert that was recorded last Saturday but broadcast yesterday.

The singers, who socially-distanced before taking off their masks, were accompanied by acclaimed cellist Gautier Capucon and a soprano soloist.

The diocese called it a “highly symbolic concert… marked with emotion and hope” and a celebration of a “musical heritage that dates to the Middle Ages”.

Monsignor Michel Aupetit, the archbishop of Paris, held Thursday’s Christmas Eve services in Saint-Germain-l’Auxerrois Church across from the Louvre Museum instead of Notre-Dame. 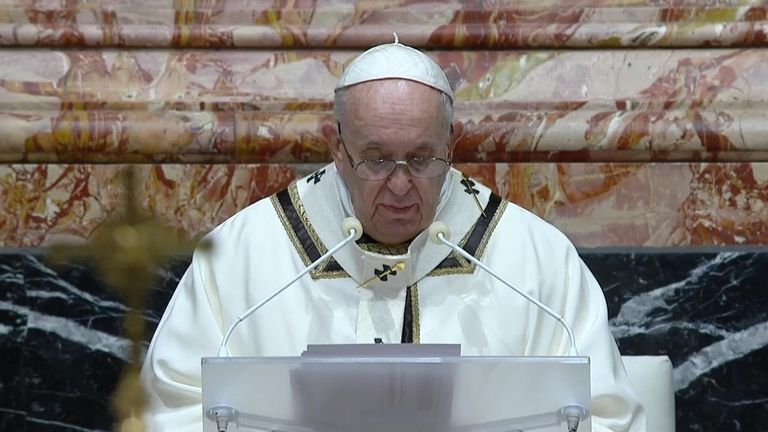 The choir used to give 60 concerts a year inside the cathedral but has moved among other Paris churches since the blze.

A fire tore through the cathedral in April 2019, destroying much of its interior and causing the spire to come crashing down.

Earlier this month workers finally stabilised the site enough so rebuilding could begin. 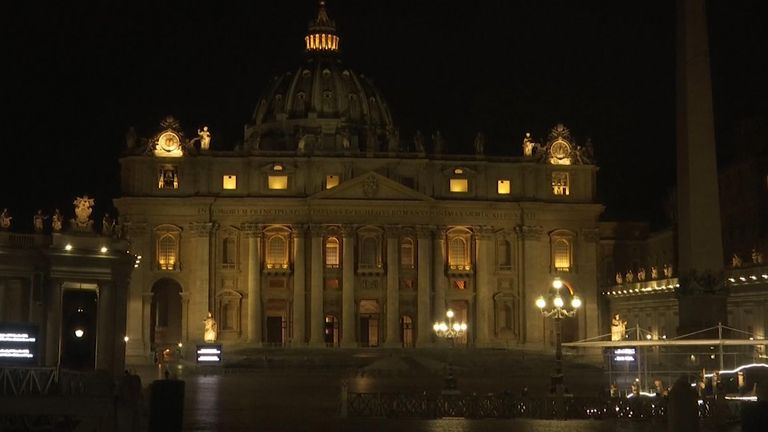 The Notre-Dame service took place as Pope Francis delivered a mass to a small congregation at St Peter’s Basilica in the Vatican.

The service, which started at 7:30pm local time, started earlier than usual to comply with Italy’s 10pm curfew.

Those who attended wore masks.

In his homily, the Pope said: “That is what Christmas is: the birth of Jesus is the ‘newness’ that enables us to be reborn each year and to find, in him, the strength needed to face every trial.”

The Pope will not be making appearances in St Peter’s Square in order to comply with coronavirus restrictions.

He would usually offer blessings to the crowd there throughout the holiday season.