In one of the most dangerous challenges to the EU since Brexit, Mr Orban argued the current European Parliament should be disbanded. Instead, he wants a legislature appointed by national parliaments, to safeguard their sovereignty and take the power away from Brussels.

The Hungarian leader also demanded the call for an “ever closer union” is deleted from the EU Treaty.

He made the comments in a speech marking the 30-year anniversary of Soviet forces leaving Hungary.

During his speech he accused Brussels of seeking to “punish democratically elected governments it does not like”, using “imperialistic” orders.

He added: “Brussels is led by people who believe that integration is an end in itself. 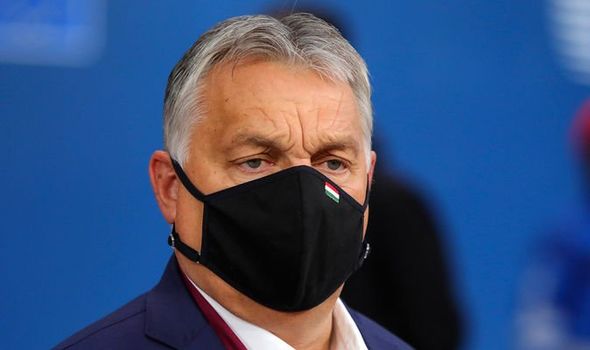 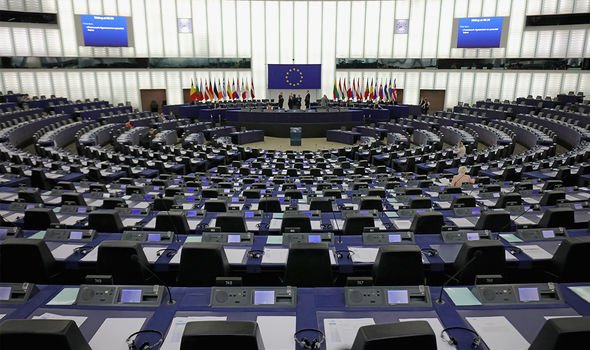 “Democrats with a national mindset will have to take up the fight against those who wish to create a European empire.”

However, there is outrage across Europe over a new Hungarian law which bans the “promotion” of homosexuality.

Ursula von der Leyen, the European Commission president, has launched a “rule of law” investigation into the legislation.

Mr Orban has clashed repeatedly with EU leaders over immigration, social liberalism and his treatment of the press. 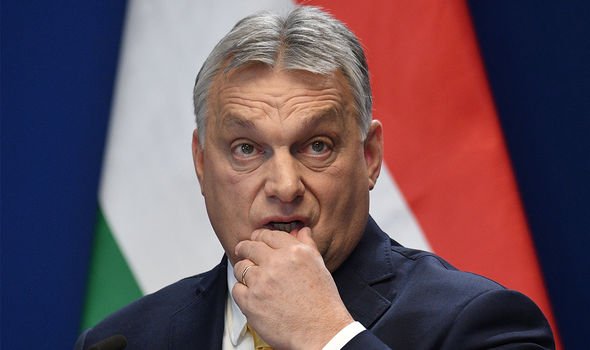 The move was made after it became clear the pro-EU EPP, which represents centre-right parties across the continent, was preparing to expel Fidesz.

During his speech Mr Orban caused outrage by calling for the EU’s directly elected parliament to be scrapped.

He commented: “The European parliament has proved to be a dead end in terms of meeting the criteria of European democracy.” 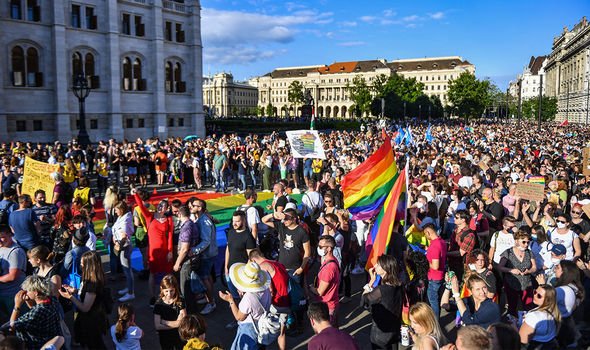 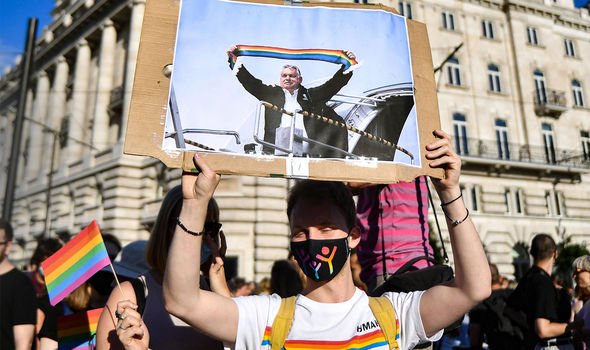 In response, David Sassoli, the parliament’s president, commented: “Only those who don’t like democracy think about dismantling parliaments.”

Guy Verhofstadt, a liberal MEP and, accused Mr Orban of seeking a “dictatorship”.

The former Belgium prime minister, and outspoken critic of Brexit, has previously called for a “United States of Europe”.

He tweeted: “So Viktor Orbán wants to tie the hands of the European Parliament, like he already did with the Hungarian one, and free media, and courts & NGO’s & academics.

“There is a pattern, and it leads all the way to a Putinesque dictatorship.”

On Monday thousands protested outside the Hungarian parliament in Budapest, opposing legislation targeting the LGBT community.

Dominika Pandzsa, a teaching assistant, commented: “This is horrible and inhumane. 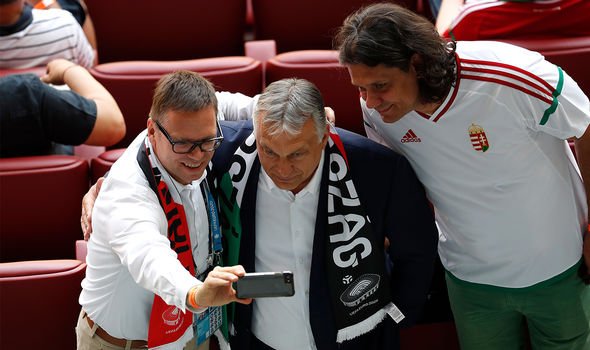 “They are trying to strip people of all their rights.

“This would lock some kids in the closet, and they should be given the opportunity to come out.”

Major opposition parties have united in a bid to kick Mr Orban out of office in next year’s Hungarian elections.
Source: Read Full Article