JERUSALEM/GAZA (Reuters) – The Palestinians have suspended contacts with the CIA after announcing an end to security coordination with Israel and the United States in protest at Israeli proposals to annex territory in the West Bank, a Palestinian official said on Thursday. 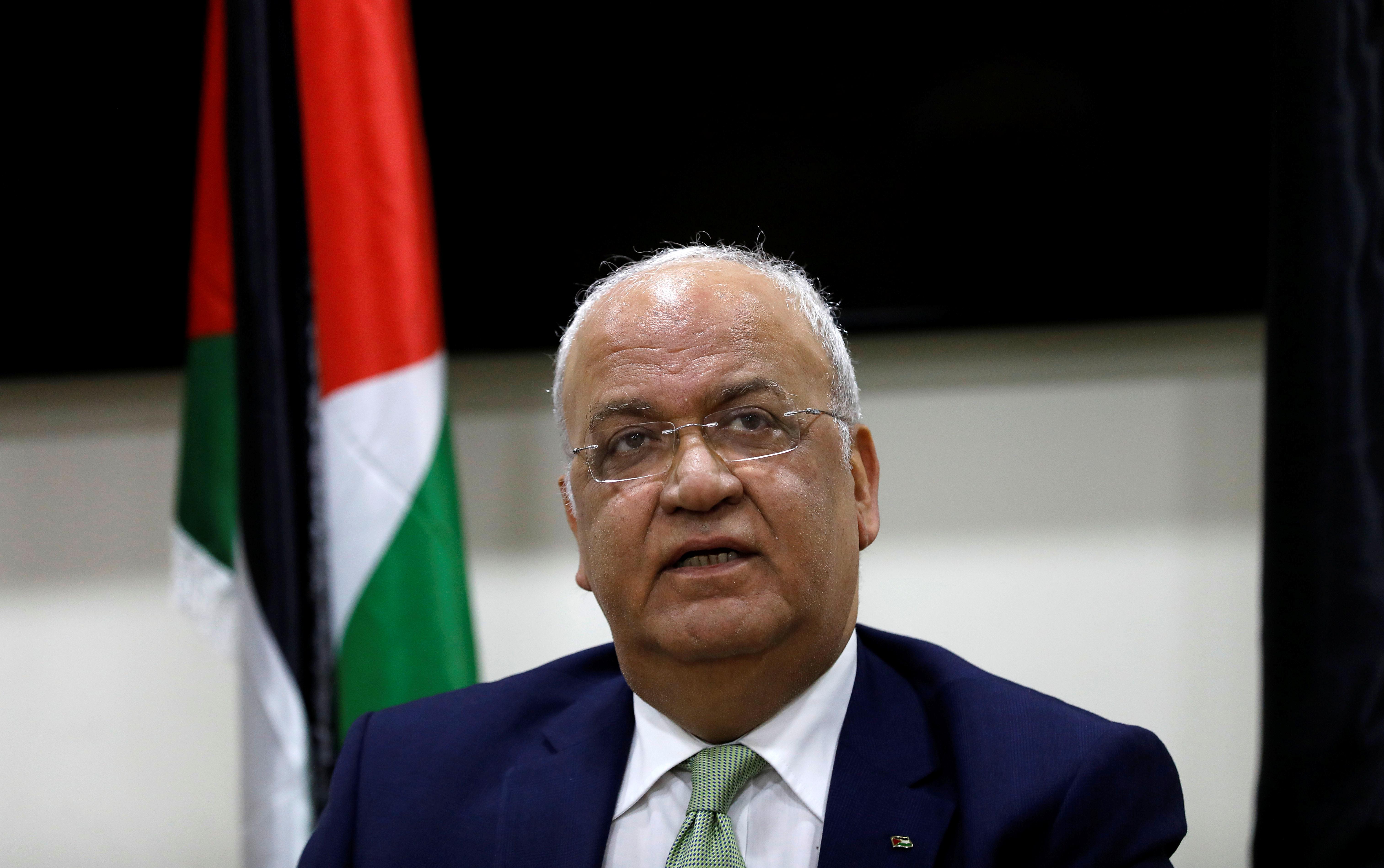 Saeb Erekat, Secretary General of the Palestine Liberation Organization, said Washington had been told of the move after Palestinian President Mahmoud Abbas said on Tuesday his administration was no longer committed to agreements with Israel and the United States, including on security coordination.

On cooperation with the U.S. Central Intelligence Agency, Erekat told reporters in a video call: “It stopped as of the end of the (Palestinian) president’s speech.”

Intelligence cooperation with the CIA continued even after the Palestinians began boycotting U.S. peace efforts led by President Donald Trump in 2017, with the sides working together on heading off violence in the Israeli-occupied West Bank, where the Palestinian Authority is based.

Abbas has threatened before to end security ties, without following through. Israeli officials say he needs Israel’s support in the face of domestic challenges from the Palestinian Islamist group Hamas.

But Erekat said: “Things change and we have decided it is time now to change.”

“Security cooperation with the United States is no more. Security coordination with Israel is no more,” said Erekat. “We are going to maintain public order and the rule of law, alone.”

Palestinians worry that Israel, with the blessing of Washington, could carry out pledges to apply Israeli sovereignty to Jewish settlements and the Jordan Valley in the West Bank, which they see as annexation.

Palestinians seek statehood in the West Bank and Gaza, with East Jerusalem as their capital.