BAGHDAD (Reuters) – When shops and homes shutter at curfew, some Iraqis in this Baghdad district say it reminds them of past traumas that destroyed lives and livelihoods: sectarian death squads, foreign invasion, and the ruin wrought by international sanctions. 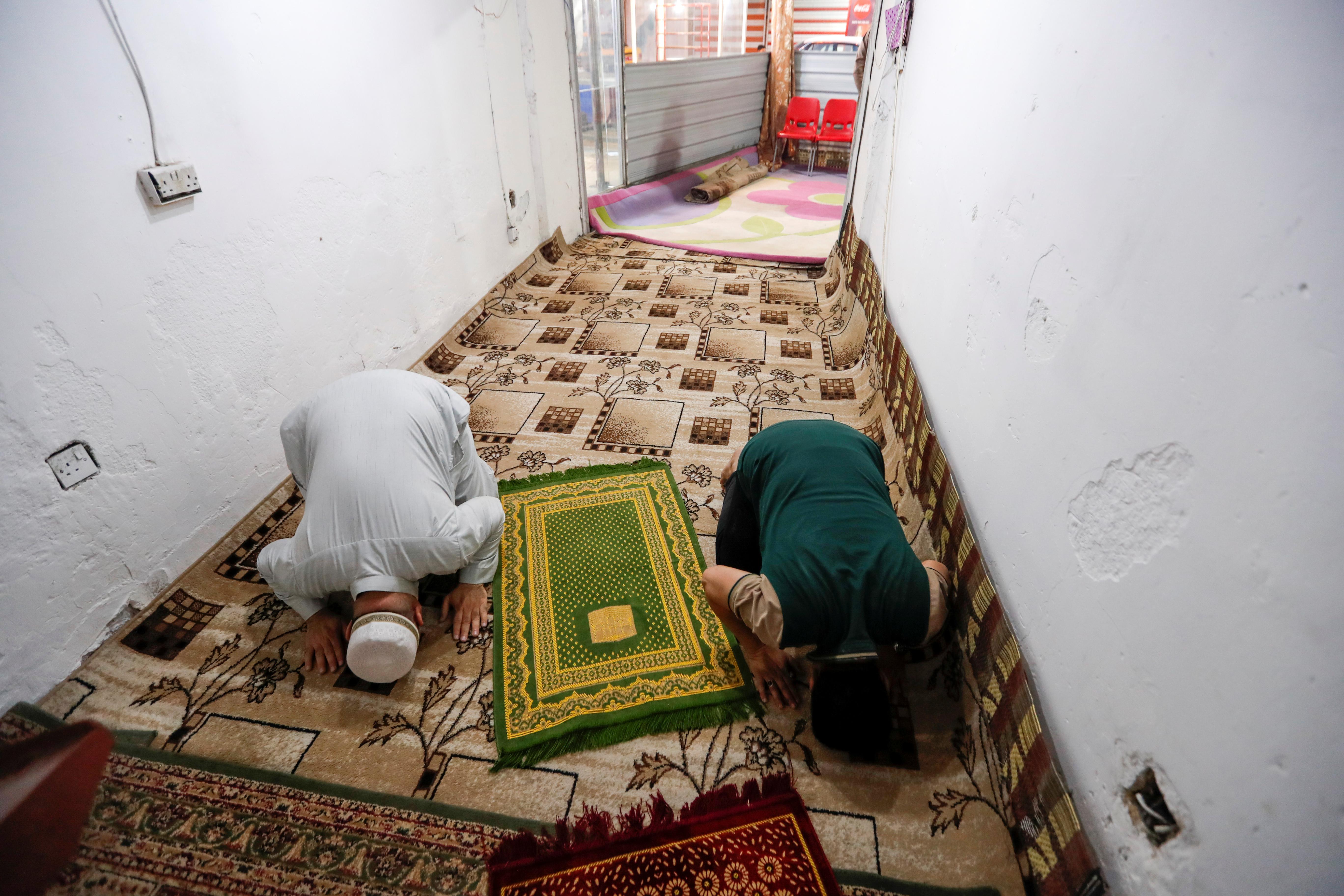 The COVID-19 pandemic is the source of their current suffering. In interviews with Reuters, half a dozen people in the Adhamiya neighbourhood said it has driven their families into the worst poverty they can remember.

“For two years I squatted at a friend’s to save rent and sent all my earnings – maybe $350 a month – to my sick wife and children in Turkey,” said Abdul Wahhab Qassim, a 46-year-old day labourer. “Since the coronavirus lockdown there’s no work. I can offer my family nothing.”

Qassim says he and a growing number of neighbours who do casual labour or run small stores have watched their modest incomes evaporate. They collect evening meals donated by a family at the local mosque during the holy month of Ramadan, often accepting this charity for the first time.

“It took less than two months of curfew for many to lose work,” Qassim said.

Iraq has so far avoided a catastrophic spread of the new coronavirus, recording some 2,200 cases and less than 100 deaths, according to the health ministry.

But as in many countries, the measures required, including a nationwide curfew in place since March, have put stores out of business and left breadwinners idling at home, hitting vulnerable sections of the population hard.

A spokesman for Iraq’s planning ministry, Abdul Zahra al-Hindawi, said 20 percent of the population currently lives in poverty and that is expected to rise to nearly 30 percent this year because of people put out of work by the crisis.

The government last month announced a $25 monthly stipend for households struggling for income without state wages. Hindawi said 13 million people, almost a third of Iraqis, applied for the aid.

Plummeting prices for oil, which accounts for almost all Iraq’s revenue, are already squeezing the economy, forcing the government to mull cuts to its vast public sector payroll. The price of oil has fallen more than 55% since the year began.

Iraq faces the same dilemma as much of the world – whether to ease restrictions to help economic activity, or maintain a lockdown to avoid the virus’s spread.

Authorities recently lifted the curfew during the daytime but announced new fines for breaking it at night. The World Health Organization says Iraq should maintain a lockdown.

To get their free evening meals, Qassim and his neighbours say they skirt the curfew. With the mosque closed, they gather to pray, shake hands and break the Ramadan fast at a shopfront each night. Men eat from large plastic trays. Women collect polystyrene boxes of rice and chicken to take home.

Ikhlas Majeed, who cooks the food in her small kitchen, said there are more families in need than ever.

“These people have no state income. They earn what they can make in a day running stores or doing labouring. Because of past conflict there are many households without men who have no income,” she said.

Israa Khalil, whose two brothers were killed by militias in 2006 and whose husband died of a throat infection several years ago, supported her two children with money from a state fund paid to her mother. But her mother died in March and that compensation is no longer paid.

“As a widow, I can’t go out looking for jobs,” she said. She said she now owes money to local stores including the grocer, who said he makes a quarter of what he did before coronavirus.

Hindawi said the planning ministry was undertaking a study to measure the number of Iraqis who had lost work or fallen into poverty. A government spokesman could not be reached for further comment on the economic crisis.

Iraq is facing the economic and health challenges from the COVID-19 pandemic without a sitting government.

Mass protests by mostly young, unemployed Iraqis against what they say is a corrupt ruling elite forced Prime Minister Adel Abdul Mahdi to resign last year. He remains as head of a caretaker government. 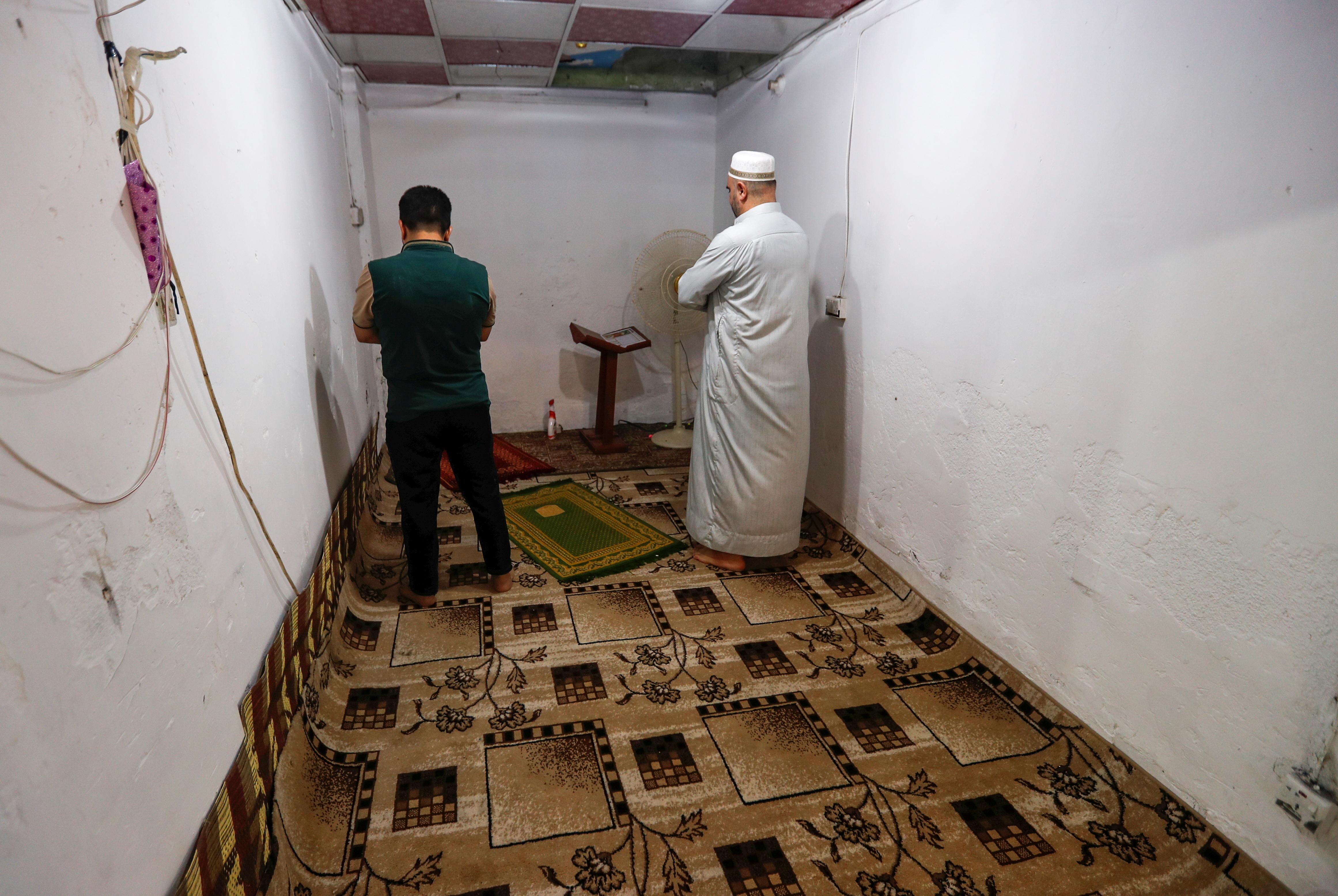 Prime Minister-designate Mustafa al-Kadhimi, Iraq’s third in three months, is struggling to form a cabinet that rival parties will accept as a deadline looms this week.

Without a new government, Iraq’s budget, based on oil prices of nearly three times their current value, cannot be revised. The World Bank this week projected Iraq’s economy will contract 9.7 percent this year.

Abdul Mahdi said in a statement last month that all countries faced a crisis from the pandemic and that it was important for Iraq to reduce its oil income dependency.