A man has been detained for allegedly burying his 79-year-old paralysed mother alive in an abandoned tomb.

Police in north-western China’s Shaanxi province rescued the woman after she had been left buried in the graveyard without food or water for three days.

Dramatic footage shows officials lifting her out of the ground alive, covered in mud, after they located her whereabouts. 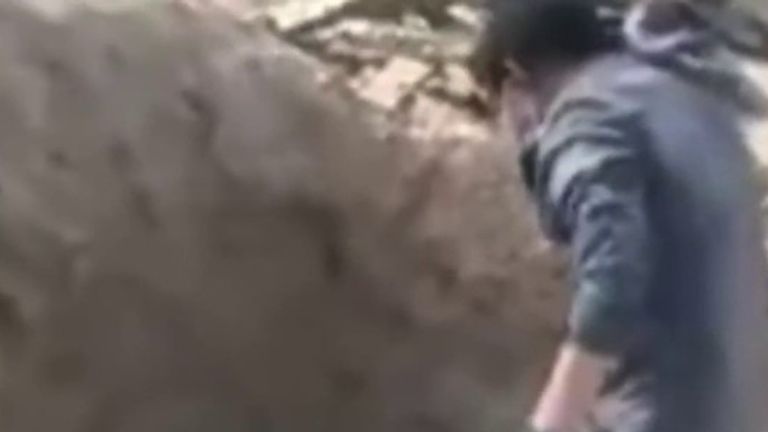 Her daughter-in-law had raised the alarm after reporting her missing on Tuesday morning.

She said her husband, known by the surname Ma, had taken his mother out on Saturday evening, but she had not returned.

Ma reportedly said he had sent his mother away to stay with relatives, but his wife became suspicious.

Jingbian Police launched an investigation into her disappearance and the 58-year-old suspect was summoned to the police station.

He confessed he had buried his mother in a deserted tomb, south of Jingbian County, according to an official police statement.

When officers arrived at the site they could hear a faint cry for help.

They found the burial pit and managed to dig the woman out.

She was taken to a hospital for treatment where she remains in a stable condition.

Her son was detained on suspicion of attempted murder and remains in custody.