Alex Marshall says China is not prepared for global conflict

Ms Marshall discussed Speaker of the United States House of Representatives, Nancy Pelosi’s visit to Taiwan, claiming she was sent to Taipei in order to test how China would react. The expert suggested that China’s reaction to the visit, which included scrambling jets over the Taiwan strait and posturing near the eastern border with the island, was “sabre rattling” and nothing else. The Spectator editor claimed Ms Pelosi’s visit sent a clear message to China that Taiwan was a protected entity.

Ms Marshall told GB News: “Well things are certainly hotting up in my part of the world, down here in the Pacific.

“But I think of Nancy Pelosi is sort of like the canary that was sent in to test China, to see what the Pacific is really like.

“This kind of stunt doesn’t happen by accident, Nancy Pelosi didn’t just decide one morning to go and fly to Taiwan.

“A lot of people behind the scenes had to approve this kind of event that could trigger a global conflict if you’re not very careful, and what America proved is that China is basically sabre rattling.

JUST IN: Putin’s puppet lays out plan to snatch Ukrainian children from families ‘Have to do this!’ 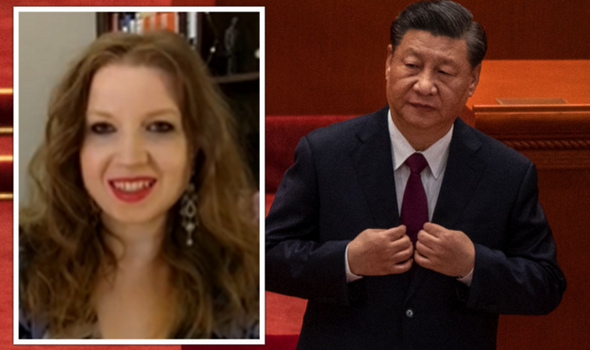 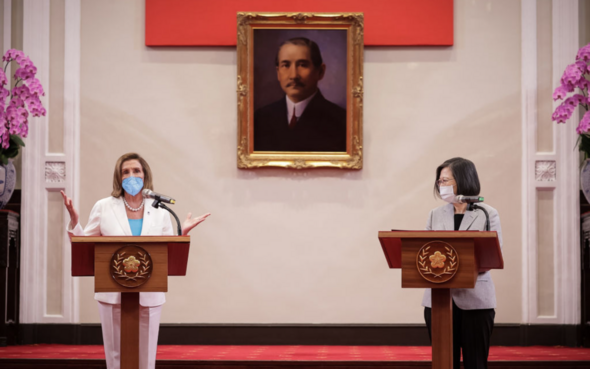 “It doesn’t want to get involved, and part of the reason it closed its air space was to make sure there were no accidents happening around this incident.

“No, they were never going to blow Nancy Pelosi’s plane out the sky, but America was sending over a pretty clear message to China, that Taiwan is a protected entity.

“It was confirmation that regardless of whatever their policy has been in the past, Taiwan is now not up for grabs in the great reunification project that Xi Jingping’s been going on about.

“And one thing I’d like to make clear which China’s media has been lying about is that if anything happens to Taiwan it has absolutely nothing to do with America or Australia or anybody else.

“They have made their pledge to the 100th anniversary, they are going to take Taiwan one way or another.”

China has been up in arms about Ms Pelosi’s decision to visit, due to warnings from President Xi Jinping for her not to do so.

Ms Pelosi has been accused by some Chinese Governments spokesmen of infuriating leader Xi Jinping.

Mr Davis told Sky News: “For the 1930s, we turned a blind eye to all sort of actions – Sudetenland and so on by Hitler. 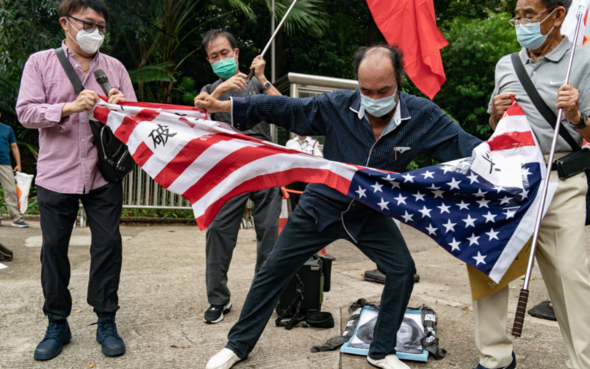 “Better now where it’s sabre-rattling but not actual action than later.”

Mr Davis added: “Anybody who’s got an iPhone depends on them for the manufacturing of the iPhones.

“We depend on a vast amount of economic activity. We’ve got to find a way without doing ourselves enormous harm find a new relationship.

“And I’m afraid this is a part of that of saying to China you can’t always get your own way in the China Sea and Taiwan and so on.

“There will come a point if you want to stay within the civilised nation, you’ve got to come to an agreement with your neighbour.”