The Roman settlement was obliterated by one of the deadliest volcanic eruptions in history when Mount Vesuvius blew a cloud of superheated tephra to a height of 21 miles. The natural disaster ejected molten rock, pulverised pumice and hot ash at 1.5 million tonnes per second onto Pompeii’s 12,000 residents – in what would have been a horrifying death. It also covered the city in a blanket of thick material, allowing modern-day archaeologists to take a peek into life as it was 2,000 years ago.

Historian Dan Snow revealed during Channel 5’s ‘Pompeii: The New Revelations’ how police found a tunnel which had been used to loot the ancient city for more than a decade.

He said: “This outhouse contains a secret entrance that has been seized by the police.

“It’s amazing, a vertical shaft heading straight down there – a robber tunnel 10 metres down. 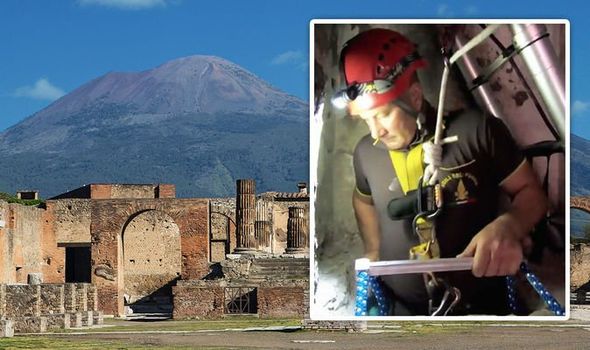 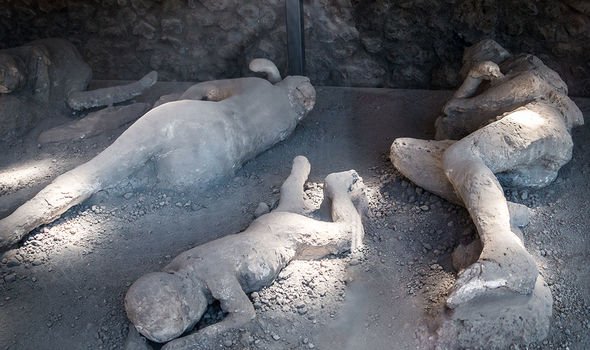 “A ladder and harness system was set up to get us safely into the tunnel.

“Once into my safety equipment, the question is whether, at six-foot-five, I’ll fit down the shaft?”

Amazingly, Mr Snow managed to squeeze into the small hole and venture into the tunnel which “stretched for miles”.

He added: “Just like the 18th-century Bourbon tunnellers, the modern robbers followed the internal walls of the buried villa.

“There are various other tunnels off to the right and left. 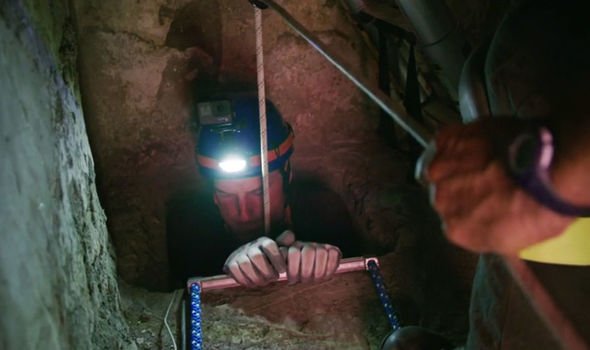 “Police believe these tunnels into the Roman villa were being dug for more than 10 years.

“To go through all this effort they must have been discovering large quantities of valuable treasures.

“Tragically, it’s unlikely we will ever know what was stolen and sold on the black market.”

Reaching one of the villas, Mr Snow believed it was once a luxurious residence.

He added: “This was certainly an important palatial villa. 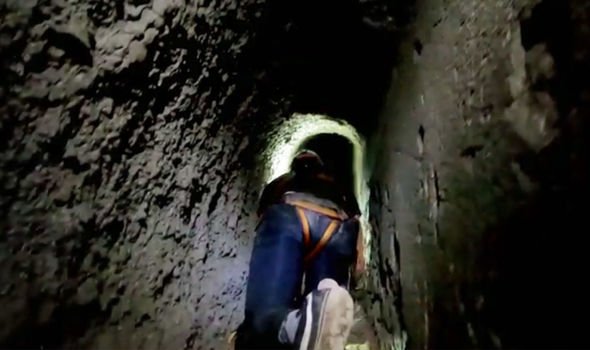 “Cryptoportico is the name given to vaulted corridors in Roman villas.

“The one I’m exploring was possibly this villa’s service entrance.

“At the end it is filled up with volcanic debris, but there’s a side passage which I’m told even the authorities of Pompeii have never been down.”

The popular TV presenter then went down another tunnel which had only been explored by a few before him.

And he made a stunning find. 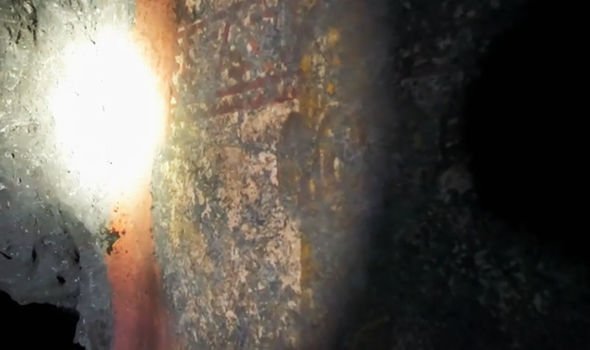 He continued in February: “At the bottom of this side passage the police discovered a remnant of the villa’s stolen riches.

“These are some Roman frescoes, you can just make out the red colour there.

“They have only been seen by the robbers, police and me in nearly 2,000 years.

“The thieves appear to have chopped out and removed every fresco they found.

Pompeii: Expert takes a look at the victims of Mount Vesuvius

“I can just about make out a figure, that’s extraordinary.”

Fresco is a technique of mural painting executed upon freshly-laid lime plaster.

Water is mixed with dry-powder pigment to merge with the plaster, and with the setting of the plaster, the painting becomes an integral part of the wall.

Many of the Roman walls in Pompeii and the nearby town of Herculaneum feature the artwork.