Chad’s president Idriss Deby has been killed on the battlefield in a fight against rebels, the country’s top military commander has said.

Mr Deby, 68, died the day after winning an election in which he took more than 79% of the votes, according to official results, earning him a sixth term in office.

He was visiting troops battling rebels in the country’s north, an army spokesman announced on national television and radio on Tuesday. The exact cause of his death could not immediately be independently confirmed due to the remote location, but a European diplomatic source said he had been killed.

Mr Deby took power in a rebellion in 1990 and was one of Africa’s longest ruling leaders.

His election victory meant a further six years in office but the 11 April vote was boycotted by opposition leaders.

It was not known why the president would have visited the area or taken part in ongoing clashes with the rebels who opposed his rule.

He was joining troops on the frontline, his campaign said on Monday, after rebels based across the northern frontier in Libya advanced hundreds of kilometers south toward the Chadian capital, N’Djamena. 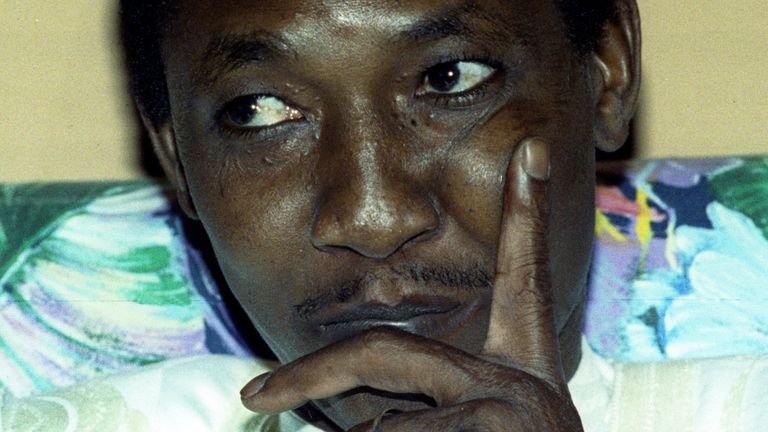 A 6pm curfew has been imposed in the country, the military said.

Mr Deby, a former army commander-in-chief, first came to power in 1990 when his rebel forces overthrew then-president Hissene Habre, who was later convicted of human rights abuses at an international tribunal in Senegal.

Over the years, Mr Deby had survived numerous armed rebellions and managed to stay in power until this latest insurgency led by a group calling itself the Front for Change and Concord in Chad.

The rebels are believed to have armed and trained in neighbouring Libya before crossing into northern Chad on 11 April.

Western countries have seen Deby as an ally in the fight against Islamist extremist groups, including Boko Haram in the Lake Chad Basin and groups linked to al Qaeda and Islamic State in the Sahel area.