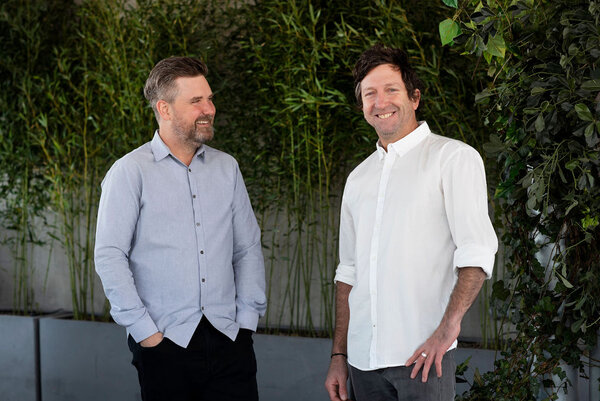 The global hotelier Ian Schrager has completely made over the restaurants, entry and garden at his Public hotel on the Lower East Side, which was closed as a result of the pandemic. He opened it just four years ago with Jean-Georges Vongerichten as its marquee chef. Now he is introducing a Peruvian star, Diego Muñoz, to New York to create the food at Popular, the new signature restaurant on the property, and also to oversee the adjacent Cantina & Pisco Bar. Among Mr. Muñoz’s credits are the kitchens of Astrid y Gastón in Lima, Peru, and the Edition in Bodrum, Turkey, another Schrager hotel, as well as other projects in Peru. Working alongside Mr. Muñoz will be John Fraser, another chef in Mr. Schrager’s lineup, who will attend mainly to the restaurant management side of things. Mr. Schrager noted that this collaboration of two top chefs was something he has never done. Mr. Fraser will also curate the prepared grab-and-go items, including some by Mr. Muñoz, at Louis, a ground-floor market and coffee bar. The Cantina & Pisco Bar is a pair of marble counters, one with fresh fish on display for ceviche made to order, the other for cocktails starring pisco. There is also table seating. Popular has indoor and outdoor seating for a menu highlighting the multicultural traditions — African, Chinese, Incan, Italian, Japanese and Spanish — that shape Peruvian cuisine in many seafood preparations, and also in dishes like papa a la Huancaína, a classic Peruvian potato dish; filet mignon saltado, a dressier version of the staple; salmon tiradito for the Japanese influence; and wood-smoked seafood paella, plus the inevitable burger. There are three wood ovens. On the Cantina & Pisco Bar menu will be razor clams, and hearts of palm with avocado. Louis will offer a ceviche bowl, Peruvian-style sandwiches and also a loaded Chrystie Street kosher hot dog; Mr. Muñoz will be coming up with cocktails at Cantina and Popular, many based on pisco, the grape spirit of Peru. Peruvian and South American selections dominate the wine list. (Opens June 12; reservations accepted from June 5.)