MOSCOW (Reuters) – Russia charged former military journalist Ivan Safronov with state treason on Monday, his lawyer said, accusations that have sent a chill through Russia’s media community which has protested over what it says is his unfair treatment. 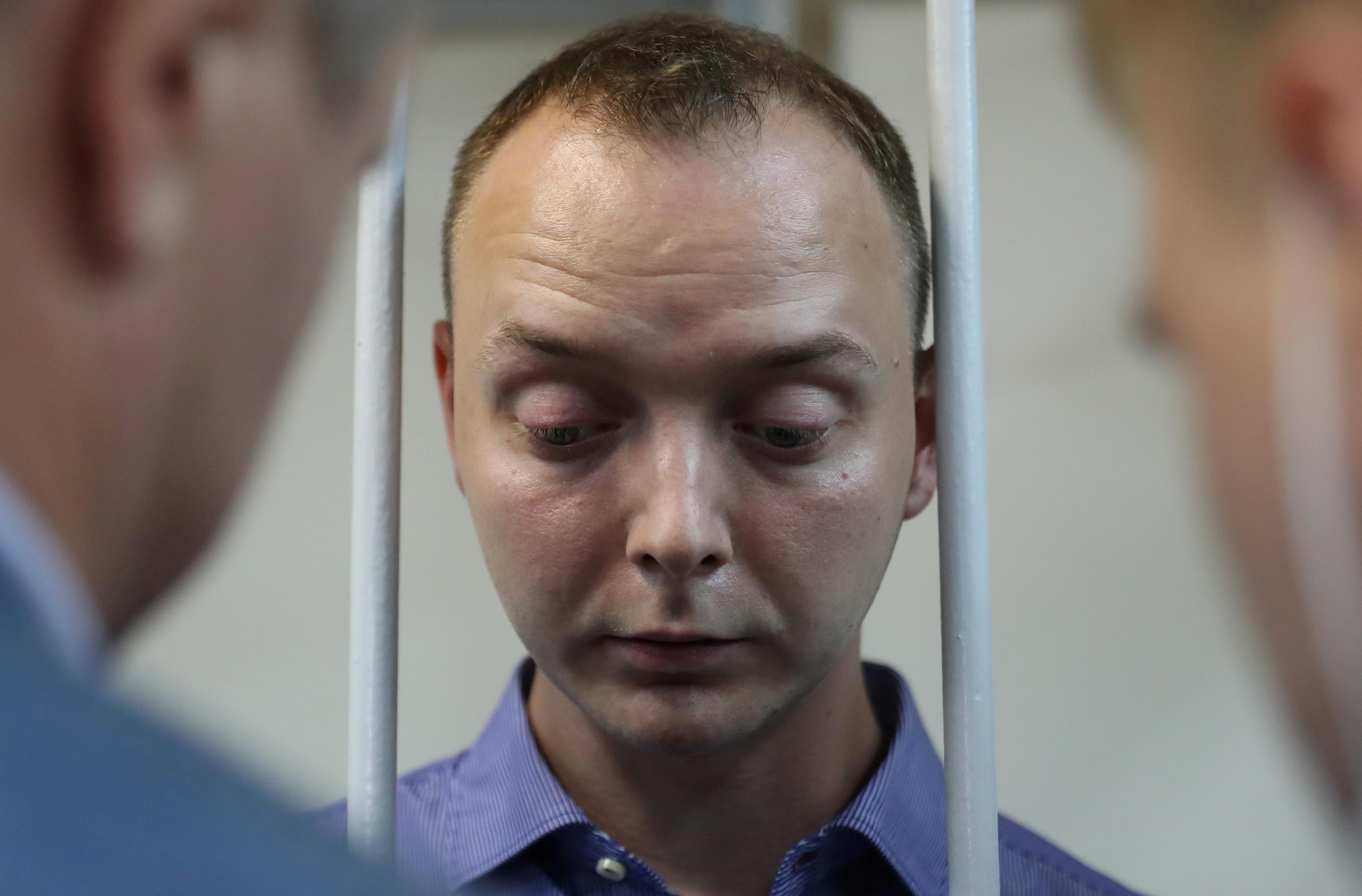 Security forces last week detained Safronov, who left journalism and in May became an adviser at Russia’s space agency, and accused him of passing military secrets to the Czech Republic.

He faces up to 20 years in jail if found guilty of a charge he denies.

Police detained around a dozen journalists who gathered outside his detention facility on Monday to offer their support in a case they say is shrouded in unacceptable secrecy.

Details are sparse given its sensitive nature and his trial is likely to be held behind closed doors.

Ivan Pavlov, his lawyer, last week said that the information he is accused of handing over concerned Russian arms deliveries to the Middle East and Africa.

Pavlov cited investigators as saying the secrets were later shared with the United States.

“Of course this case was fabricated, it is intimidation,” said Arina Borodina, one of the journalists detained on Monday.

A petition demanding officials declassify the case, spell out the allegations against him and publish key evidence has so far been signed by 55,000 people.

Safronov, who used to work for the Kommersant and Vedomosti dailies, was part of the Kremlin pool, the reporters accredited to cover events with President Vladimir Putin.

In an unusual move, reporters from that group posted a video in which they spoke out in his defence.

“Vanya (Safronov) is a real patriot. There are few people like that. And people like that aren’t spies,” said Kira Latukhina, a journalist for Russia’s government newspaper.