Kremlin defence chiefs have accused Washington of building a “nuclear shield” in the region. They have ordered the newly-developed Avangard and Sarmat missile systems to be strategically positioned in response to the heightened US military activity in the regions. And they warned US allies which host the weapons would become priority targets.

First Deputy Chief of the Russian General Staff’s Main Operations Department Lieutenant General Viktor Poznikhir said the US was lining up missiles close to Russia’s borders in a move designed to obtain the potential to deliver a surprise strike.

He said: “The deployment of missile defence systems near our borders creates a powerful strike potential for the US enabling it to deliver a surprise missile and nuclear strike on Russia.”

He accused Washington of developing a concept of pre-launch interception and planned to destroy intercontinental ballistic missiles of Russia, China and other countries while they are still in launchers. 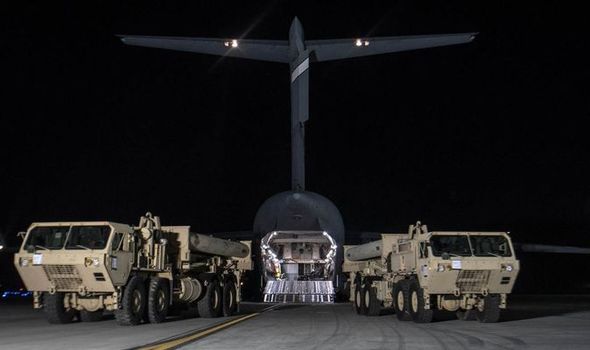 And he warned the NATO countries which have agreed to host elements of the US missile shield will become priority targets for destruction.

Gen Poznikhir also said using missile defence systems against missiles with nuclear warheads was linked to threats of a long radioactive contamination of the territory.

He said: “Therefore, the countries taking part in implementing the Pentagon’s anti-missile plans may suffer.”

Gen Poznikhir said Russia was taking measures against the US global missile shield by creating Sarmat and Avangard weapons with the increased capabilities of breaching this system. 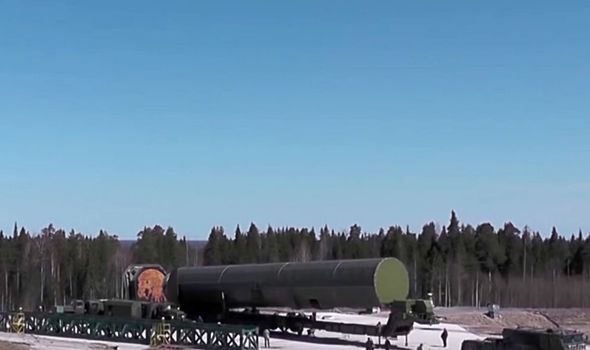 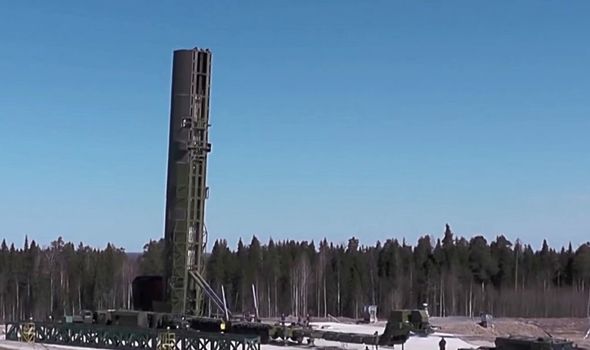 He confirmed defensive and offensive armaments were being deployed along the Russian borders on a large scale as “adequate counter-measures” to the US threat.

He said: “They primarily include arming the strategic offensive forces with cutting-edge missile systems with the increased capabilities of overcoming the missile shield, such as the Avangard and Sarmat weapons.”

The Avangard is a strategic intercontinental ballistic missile system equipped with a hypersonic glide vehicle.

The “breakthrough” weapon is a glide vehicle capable of flying at hypersonic speed in the dense layers of the atmosphere, manoeuvring by its flight path and its altitude and breaching any anti-missile defence.

The RS-28 Sarmat is a Russian advanced silo-based system with a heavy liquid-propellant intercontinental ballistic missile.

It has been in the process of its development since the 2000s to replace the R-36M2 Voyevoda intercontinental ballistic missile (ICBM). 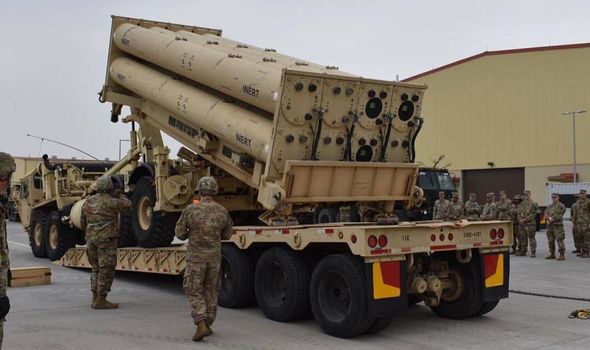 Defence experts said the Sarmat is capable of breaching any existing and future missile defences.

Despite the major deployments along its borders, General Poznikhir said Russian President Vladimir Putin had insisted Russia was not interested in a strategic arms race “and is urging the United States to return to the negotiating table for a constructive dialogue on the issues of missile defence and the search for mutually acceptable solutions”.