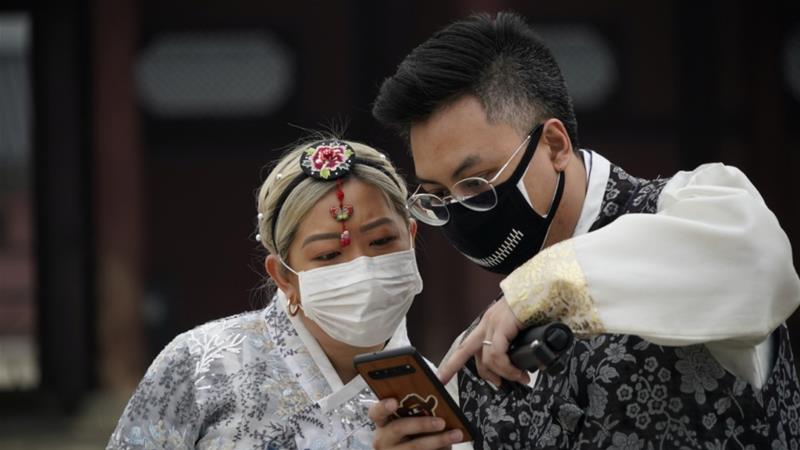 Seoul, South Korea – South Korea has earned international plaudits for tracking and containing the coronavirus since reporting its first case back in February.

Once the largest outbreak outside of China, South Korea has now managed to push the number of cases confirmed each day to around 50.

Swift action and free or affordable mass-testing have been the country’s most effective weapons in countering the virus. But South Korea has also turned to technology for help.

Routes taken by infected patients are published online regularly, while incoming travellers are required to report their symptoms daily on an app that they have to download on arrival at the airport.

Moreover, any person with a smartphone in South Korea – almost the entire population, given that nine out of 10 South Koreans have one – gets location-based emergency messages that alert them when they are near a confirmed case of the novel coronavirus, also known as COVID-19.

People get the messages automatically and are not allowed to opt out.

“I’ve been getting these messages maybe six, seven or even 10 times a day,” Cho TW, a university student, told Al Jazeera.

“Now, I know which areas to avoid and I do feel like the government is doing a good job at keeping me informed.”

But as the outbreak drags on and the messages continue to buzz on phones around the country in unison, people are showing signs of fatigue.

Raj Sharman, a professor at the University of Buffalo’s Management Science and Systems Department, studies the relationship between disaster mitigation and technology. According to his research, the effectiveness of text message alerts depends on the type of emergency at hand.

“When it comes to emergency notifications, how people comply really varies by the context. The impact of the messaging is actually based on one’s perception of the threat,” Sharman said. 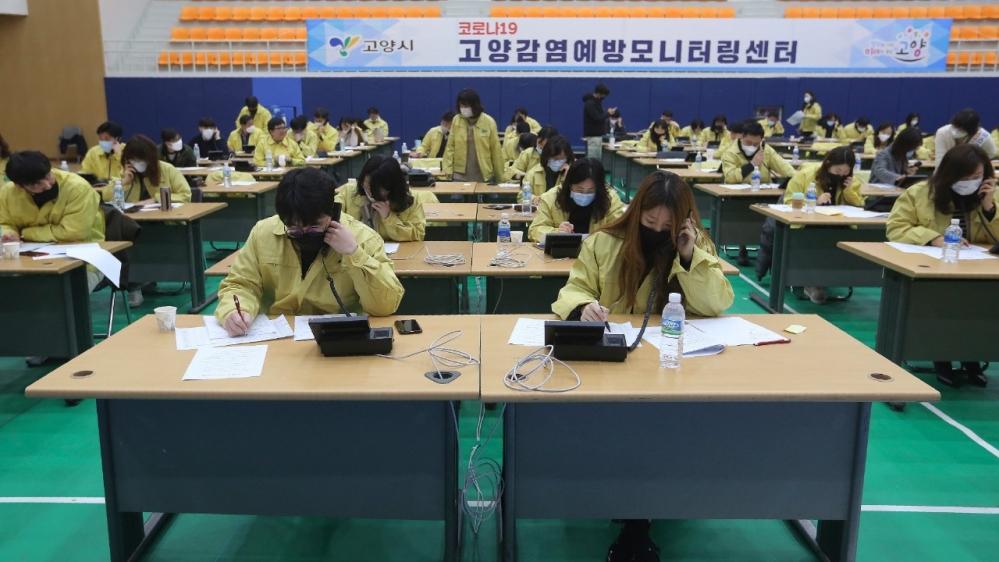 In other words, how people respond to text messages with government advice reflects not only their personal beliefs but societal and cultural pressures.

“Text messages definitely would be effective at least in getting people to know about the situation, but the next question is compliance. If someone thinks COVID-19 is not life-threatening, they may not be as compliant [to health recommendations] as others,” Wencui Han, an assistant professor of business administration at the University of Illinois at Urbana-Champaign.

“Also, if the people around me don’t care, then maybe I don’t think I have to follow [recommendations]. But if we all, for example, are staying at home and taking these messages seriously, then this influences everyone else.”

At least 10,384 people have been diagnosed with COVID-19 in South Korea as of April 8, but more than half have already been cured. At least 200 people have died of the disease.

The text alerts are sent out at the discretion of regional governments and specifically target people in those areas, giving them an opportunity to avoid locations where active cases have been found.

The government overseeing Jongno-gu – a district in Seoul with a population of nearly 158,000 – compiles an anonymous list of patients on their website. The site includes their area of residence and where they are currently hospitalised, along with where they have been and at what time.

As one text message alert from the Jongno-gu government reads: “A 15th foreigner in Jongno-gu staying at the Somerset Palace Hotel in Seoul has tested positive. For more information, such as their path of movement, please visit our website.”

Sharman says it is hard to judge how effective such text messages are but his studies have found alerts related to slow-developing disasters tend to generate less interest and compliance.

In addition, each individual’s perception of the risk from COVID-19 would also affect their behaviour and the impact of the message.

Some South Koreans – who have been receiving these messages on a daily basis for weeks – are starting to see the alerts as a nuisance.

“I cannot disagree with the fact that it’s good for people to know if there are infected people visiting the same places that they might go to,” he said. “But I think the government is sending these messages too frequently … I know I stopped reading them.” 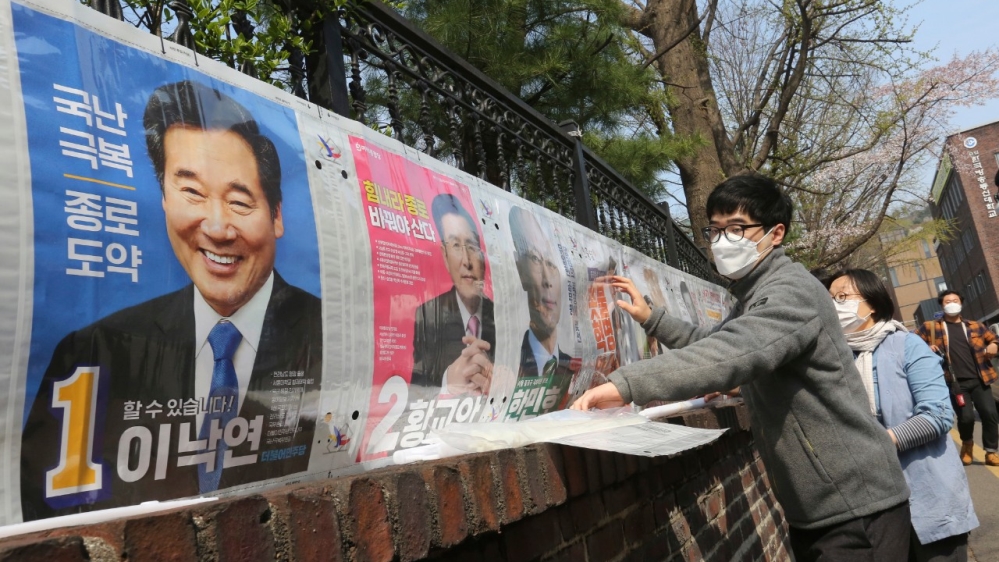 Lee may not be the only one suffering from alert fatigue.

“There are studies that suggest that, if you use text messages for cases of non-emergency, they do lose effectiveness. Also, if they send too many messages, people tend to ignore them,” Sharman said. “This happens even in a healthcare context.”

In a study of emergency messages on university campuses, Han and her colleagues found that “if you send alerts very often, students will start to ignore this channel. But if alerts are sent rarely, then it’s seen as very critical and they will understand that.”

Other governments have also turned to technology to battle the virus – using apps to monitor people in quarantine or send reminders on lockdown rules.

But privacy issues are already being raised and even in South Korea some have expressed concerns over the government’s data-sharing strategy, since specific details about an infected person’s path could ultimately reveal their identity.

Information published online and sent to phone users can name specific bars, restaurants or hotels. So, even though patients’ names are kept anonymous, a detailed timeline of their whereabouts combined with a person’s area of residence may reveal who they are.

“In South Korea, people have been tracked to the point where they could be identified. Their implementation arguably compromised their citizens’ privacy and this is a question we have to think about and challenge in a democracy,” Sharman said.

Sharman said that some local privacy laws in the western countries such as the US might prevent sending out the equivalent of South Korea’s emergency alerts but the greater issue to overcome would be cultural expectations around privacy.

“When governments start using location-based technologies – identifying your location and tracking you – that would be a new experience to Americans. We have always preached against government oversight,” he said.

“But in collectivistic societies like India, China and South Korea, the desire for greater privacy is a lower threshold than what we have in Western countries, especially when there is an argument for greater public good.” 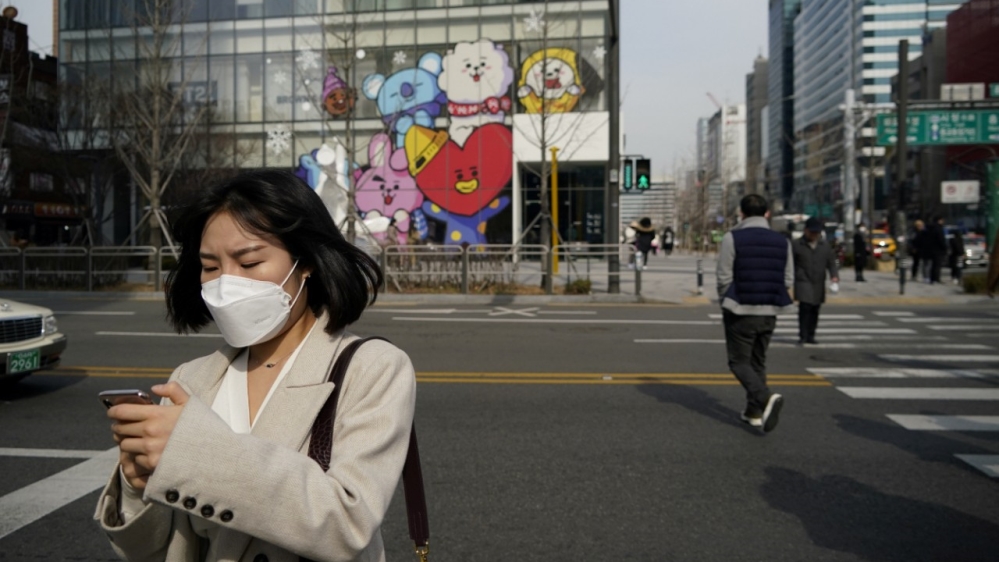 However, South Korea was not always so forthcoming with patients’ information.

During the 2015 MERS outbreak, Seoul Mayor Park Won-soon criticised the national government, accusing it of failing to monitor suspected MERS patients and withholding information from the public.

That is a far cry from the situation now. As Foreign Minister Kang Kyung-Wha put it in a recent interview with the BBC, the country’s new approach “is openness, transparency and fully keeping the public informed.”

For Lee, the university student, privacy is merely a necessary trade-off given how easily the virus spreads.

“I am concerned about the privacy of infected people, but I think we should all understand the government’s decision,” he said. “If I got the virus, I would provide my details to the government without hesitating.”

For now, it is unclear whether other countries such as the US – which reported its first case at the same time as South Korea but now has the most COVID-19 cases in the world – will consider a similar alert system.

But the technological infrastructure is certainly there, and Sharman believes it can be implemented in a way that does not compromise privacy.

“I don’t know if what South Korea did was right. It’s something I wouldn’t like. But then again, I am from the US,” Sharman said.