BUENOS AIRES/SANTIAGO (Reuters) – As South America’s winter sets in, health officials and doctors are beefing up inoculation programs to head off a potential spike in seasonal flu that could overwhelm hospitals already straining under the coronavirus pandemic. 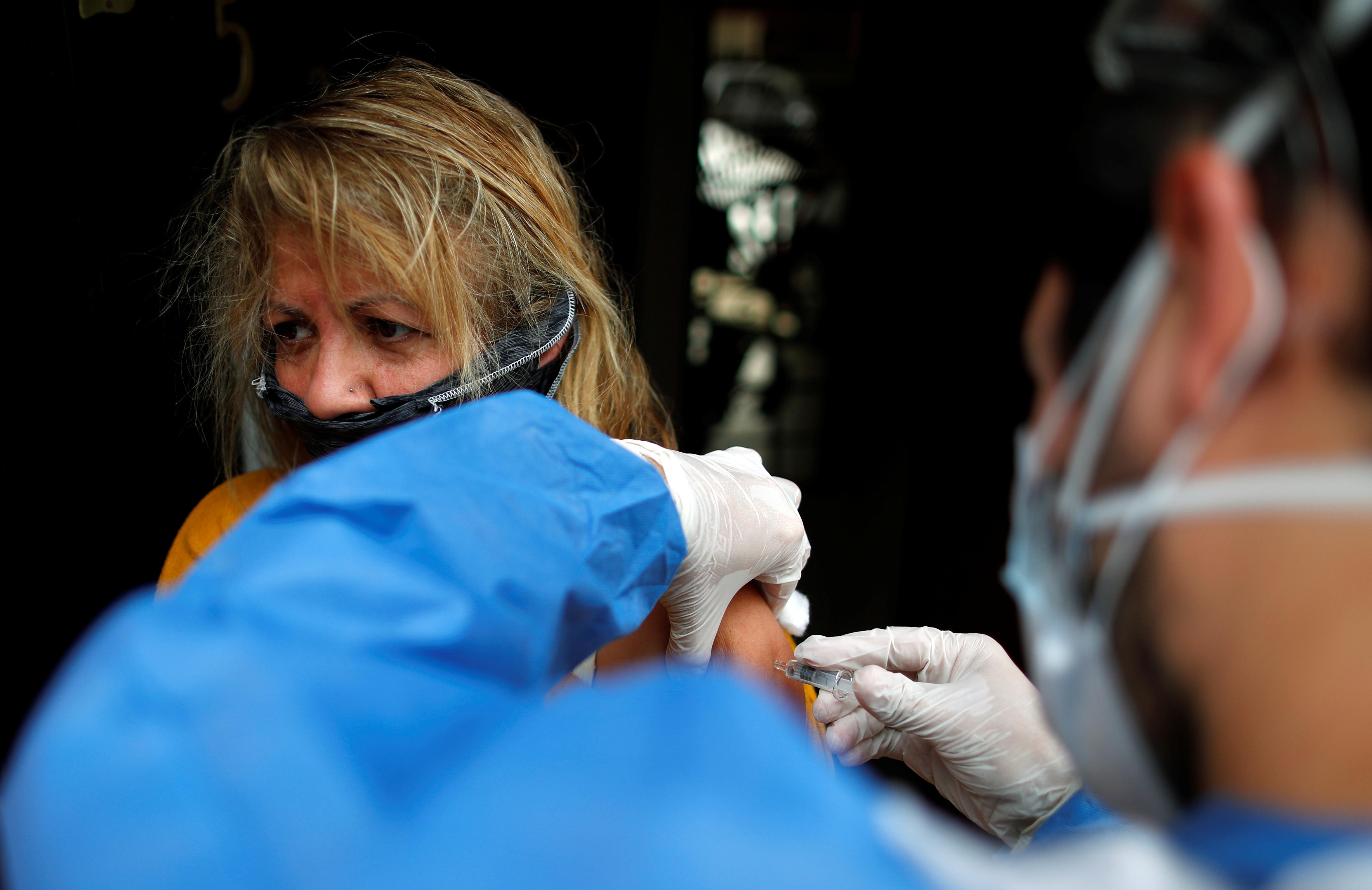 Coupled with regional lockdowns, the inoculation drive has so far helped keep rates of seasonal respiratory disease low, even as cases of COVID-19 rise, according to doctors and recent government data.

Health workers and officials in Argentina, Chile and Uruguay, said efforts to curb seasonal flu were key to supporting regional hospitals, with Latin America now on the front lines of the global battle against COVID-19.

The Pan American Health Organization (PAHO), highlighting the importance of the issue, has said a surge in seasonal flu cases threatens to make a bad situation worse for overstretched healthcare systems.

“We know that in many countries in Latin America and the Caribbean, the epidemiological curve is still rising sharply,” the PAHO said in written comments to Reuters. “This means that more people will be sick tomorrow than yesterday.”

In Buenos Aires, which has the vast majority of Argentina’s coronavirus cases, officials have converted churches, schools and daycare centers into 82 flu shot hubs. Health workers have also carried out home visits to minimize crowds at hospitals.

“This will help us avoid a collapse in the health system,” said Dr. Vanina Miguel, an Argentine infectious disease specialist.

Government health officials were optimistic that increased awareness around hand-washing due to coronavirus and mandatory use of masks would also help reduce influenza contagion.

“(The measures) help prevent other respiratory illnesses, which is why we expect fewer cases of the flu this year,” said Daniel Ferrante, undersecretary of health planning for the Buenos Aires city health ministry.

Nationwide data shows respiratory infections caused by influenza at their lowest level in five years. But daily confirmed cases of the novel coronavirus have been climbing, almost all centered in and around the capital Buenos Aires.

In Uruguay, the number of flu shots so far has doubled this year over 2019, while in Chile 95% of the high-risk population has been vaccinated against the flu, health ministry data shows.

Brazil started a flu shot campaign early, but was forced to extend it until the end of June after falling short of targets to inoculate priority groups.

Regional leaders have warned about winter’s arrival, saying the coronavirus could complicate the regular flu season due to the similarity in symptoms, including a cough.

Doctors may find it difficult to decipher between the two illnesses, requiring the need to test for both, officials have warned.

“It’s clear flu and viral diseases are only going to make the situation more complex,” said Dr. Federico Flores Martinez, a member of the Integrated Network of Argentine Doctors.

In Chile, the coronavirus crisis has already brought the healthcare system to near collapse.

Critical care wards in Santiago now report 95% occupancy levels, according to Chile’s Society of Intensive Care Medicine. Hospital visits for flu and pneumonia have crept up slowly but remain well under historical averages, according to a Health Ministry report in late May. 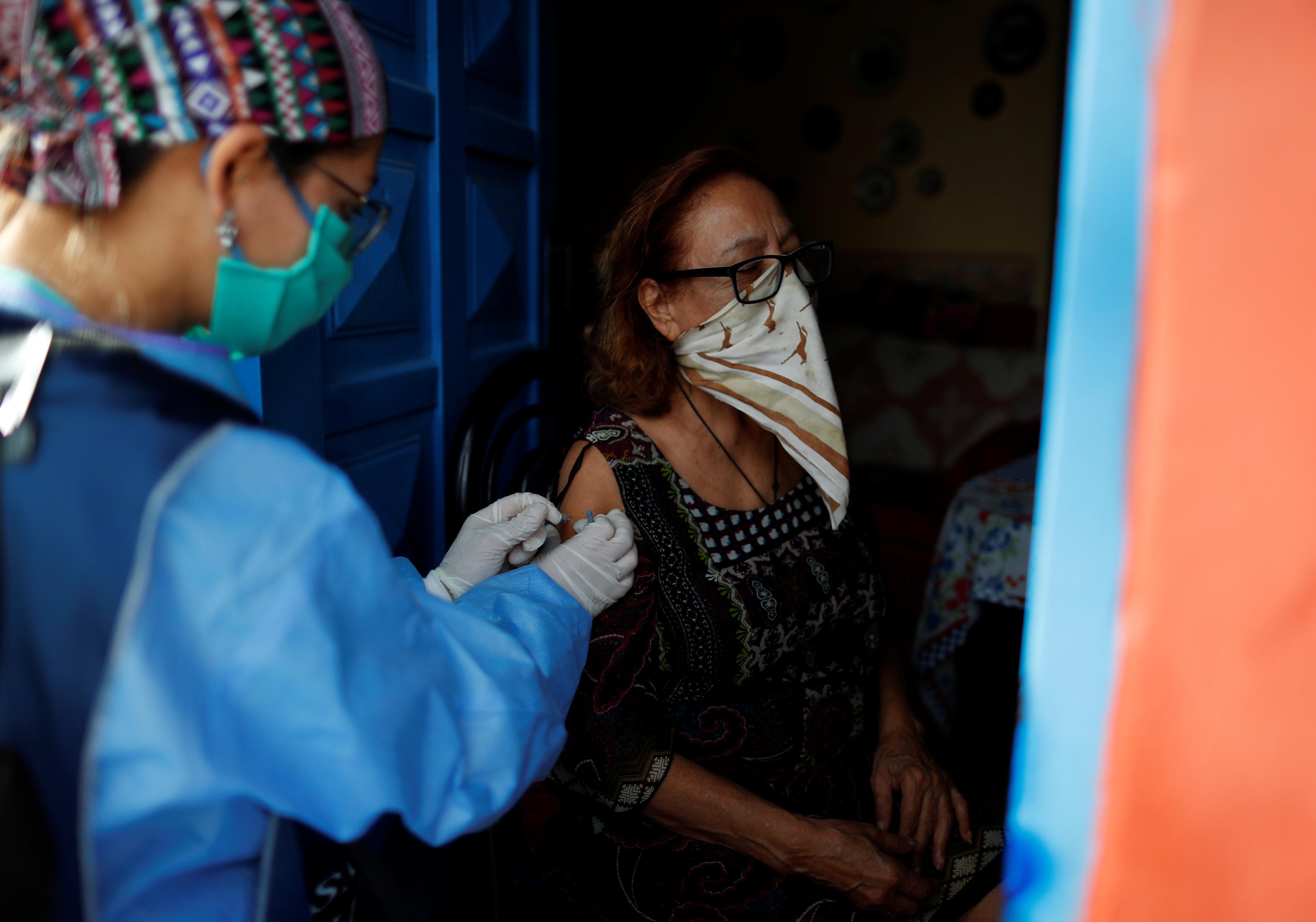 But a positive side effect of lockdown measures could be less pollution from other sources, like cars, industries and buses, said Dr. Laura Mendoza, president of Chile’s Society of Respiratory Illness.

“Pollution always gets worse … and its directly associated with higher mortality rates,” Mendoza said. “But hopefully the good news is we have less pollution due to less movement.”