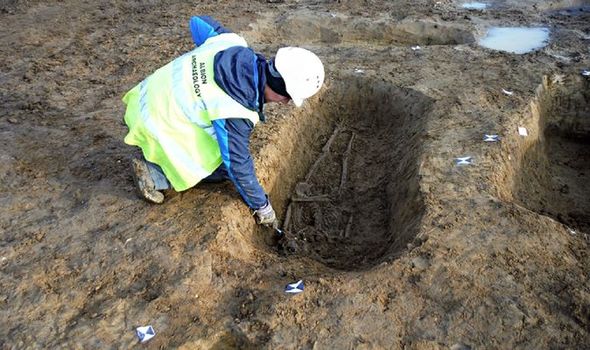 Experts say it is the clearest example of the brutal Roman capital punishment practice to ever emerge. A skeleton – believed to be that of a slave aged 25 to 35 – was found during an excavation of a Roman settlement in Fenstanton, Cambs, in 2017, but it has only now been fully analysed. The man’s right heel was embedded with a two-inch iron nail and his body was buried alongside a wooden board that he had been bound and nailed to.

David Ingham, project manager for the dig, said: “It’s essentially the first time we’ve found physical evidence for this practice of crucifixion during an archaeological excavation. You just don’t find this. We have written evidence but we almost never find physical evidence.”

Other discoveries at the Fenstanton settlement include an enamelled copper-alloy horse-and-rider brooch thought to be linked to a Roman cult based in East Anglia. There were also 239 cattle bones that had been split by expert butchers and soap made from fats of the bones.