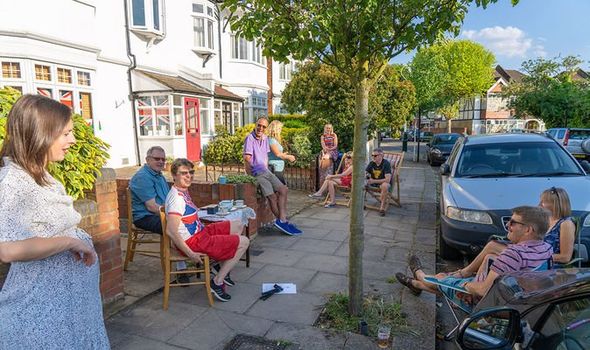 And forecasters warned of more wintry weather for the rest of the UK. The sunniest April on record wafted seamlessly through to Saturday with highs of 77F (25C) at Heathrow. But there was a dramatic contrast yesterday as the Arctic air started making its way south.

Overnight temperatures could fall as low as -5C (23F) in Shetland and rural parts of northern England.

The east coast will feel the chill with daytime lows of 9C (48F), bringing an end to the above-average temperatures most of us have enjoyed in the last few weeks.

The Southwest will see the warmest of today’s weather, expecting highs of 55F (13C) in Southampton.

But it will still be chilly, with a bitterly cold wind in the South and East.

Gusts could reach 40mph along the English channel.

Met Office forecaster Marco Petagna said: “A complete 180-degree change means that the warm southerly winds have been replaced by a Arctic northerly wind now spilling south across the UK. Temperatures are around 8-13C colder compared to the previous day – with those in the South feeling the sharpest drop.

“It will be a bright but chilly start to Monday morning in many central, west and southern areas.

“There will be plenty of sunshine during the day but further showers coming in across parts of northern Scotland and eastern England.

“The winds will ease across the South-east compared to earlier in the day but for all of us it will be a chilly day.”

Tomorrow will bring sunny spells and a smattering of showers, mainly over northern and central parts. It will be chilly again after a frosty start for many but not quite as cold and windy as today.

Looking forward, Mr Petagna added: “There will be a lot of dry weather but still chilly with frosts overnight for parts of the country. Temperatures will recover by the end of the week.”