The warning covers most of Scotland, except for some areas closer to the coast, including the cities of Glasgow, Aberdeen, Edinburgh and Inverness.

In northern England, the warning stretches down to near Sheffield and affects cities such as Leeds, Carlisle and Newcastle upon Tyne.

The Met Office warning reads: “An area of rain pushing north-eastwards is expected to turn snow in places as it encounters colder air across Scotland and parts of northern England.

“At first the main hazard may be of rain falling onto frozen surfaces leading to ice, especially on higher level routes. 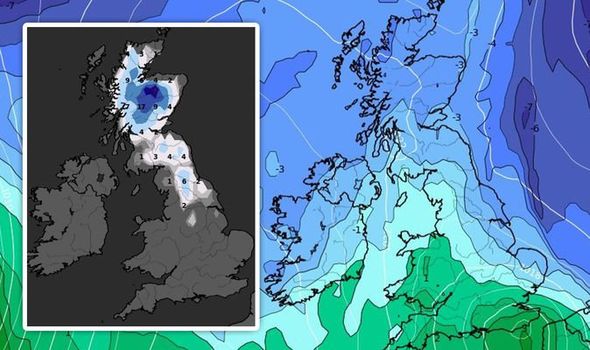 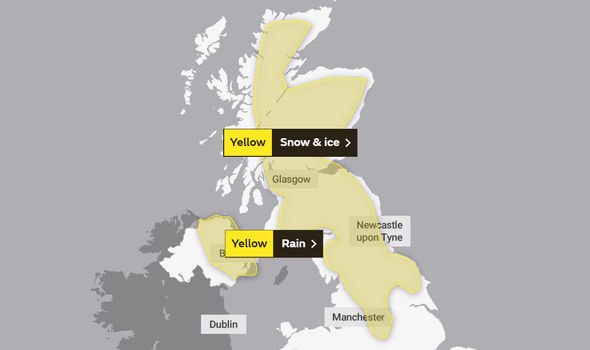 “However snow becomes more likely later Wednesday and at least for a time on Thursday.

“Heavier snowfall is more likely above 100m in Scotland and above 200m in England, where 5-10cm of snow may accumulate, possibly 20cm on highest routes.

“At lower levels, 2 – 5cm of snow may accumulate in places, but the situation remains finely balanced, with the possibility that most lower-lying areas in northern England see rain or sleet rather than snow.”

A yellow rain warning also covers much of Northern Ireland from 3am on Wednesday until 3am on Thursday. 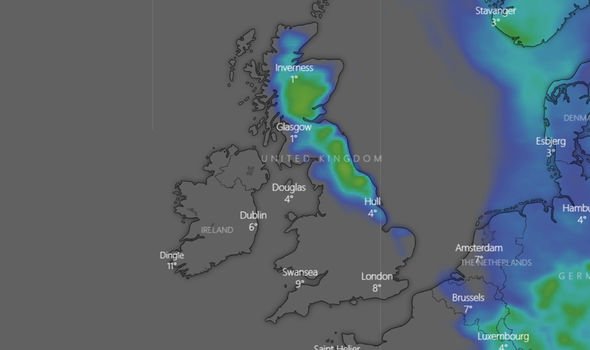 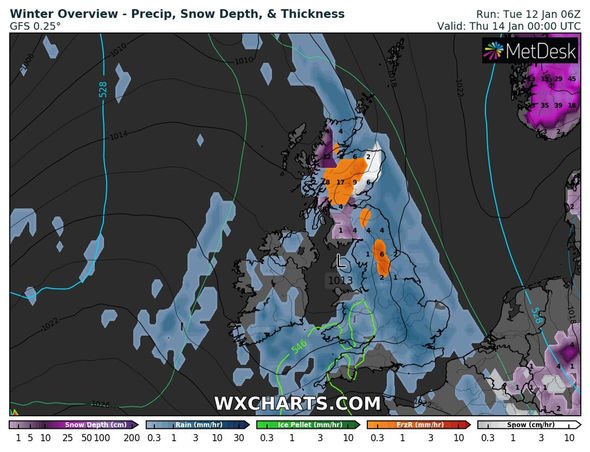 Met Office meteorologist Alex Burkhill said that freezing rain could turn to snow over parts of Scotland and north-east England from Wednesday night into Thursday morning.

He said: “Through Thursday itself there’ll be further rain across the bulk of the UK and this could bring some fairly significant snow a bit further southwards through Thursday.

“By Thursday afternoon we could be looking at the risk of snow across many parts of northern England and into the Midlands and perhaps a little bit further east as well.”

The Met Office are predicting up to 20cm, or some eight inches, of heavy snow for parts of Scotland over the next few days. 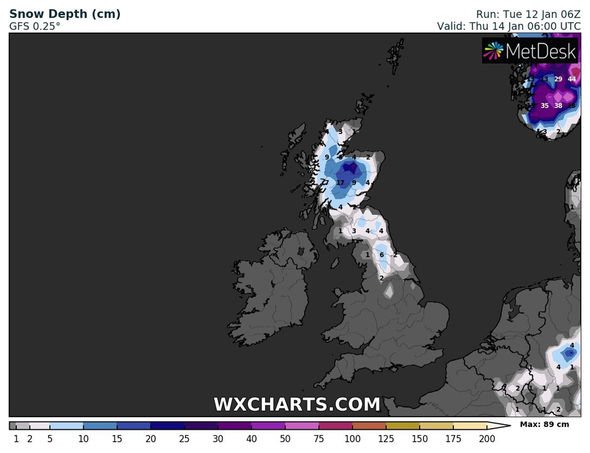 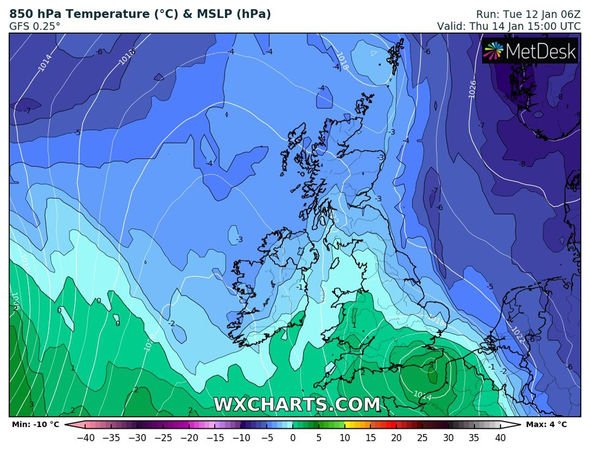 Some parts of northern England could also see as much as 20cm of snowfall in total.

Mr Burkhill said: “For northern England we could be looking at around 15cm, perhaps 20cm by the end of Thursday over the highest routes.

“Further south I’m not really sure, particularly into the Midlands, that much if any will settle.”

Mr Burkhill said central and eastern parts of England could see “maybe one or two centimetres” of snow over the highest routes.

However, he added: “But because of how wet the ground is going to be leading up to it and how much rain there’ll be mixed in around as well there probably won’t be a huge amount settling.”

On Wednesday night, some parts of Scotland could see temperatures drop as low as -11C or -12C.

RAC Breakdown spokesman Rod Dennis said: “With colder conditions returning next week, there’s now a short window of opportunity for drivers to check their vehicles are winter-ready before the deep freeze returns.”

Mr Dennis urged people to check their tyres are properly inflated and have enough tread, to check oil and coolant levels and to have a good quality screen wash to keep windscreens clear.