Russian police have arrested hundreds as people in the country protest against the war in Ukraine. President Vladimir Putin’s decision to mobilise more troops to fight appears to have provoked further discontent in his country. Russian human rights group OVD-Info put the total of protestors arrested at more than 1,000.

Moscow’s prosecutor office tried to dissuade people from protesting, warning on Wednesday that participation could result in a 15-year jail sentence.

While ordinary Russians take action against the conflict in Ukraine, Political scientist Ihor Reiterovich believes the elite in Moscow could also turn their backs on Putin. Speaking to New Voice of Ukraine, he discussed what could happen if Russia suffers further setbacks in the war.

He said: “The situation on the front lines will get increasingly worse, and there will be a need to find some sort of solution. They (the Russian elites) are starting to think such a solution doesn’t necessarily include Putin. 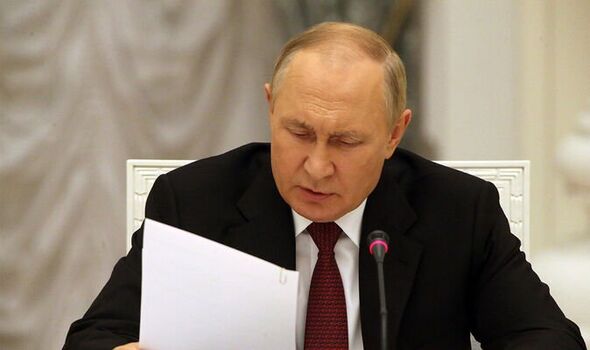 “In general, the way they’re discussing everything that’s going on in social media – it’s sheer panic, fear, and tremendous doubts about Russian leadership’s ability to keep things under control.”

Mr Reiterovich also warned that the city of Kherson – located in the south of Ukraine – is one area which Russian military cannot afford to be driven out.

He said: “It would indeed be a colossal blow to them, in terms of their general prospects in this war they’re waging against Ukraine, and Russia’s ability to win it.

“They can already see no triumphs on the battlefield, and there won’t be any.” 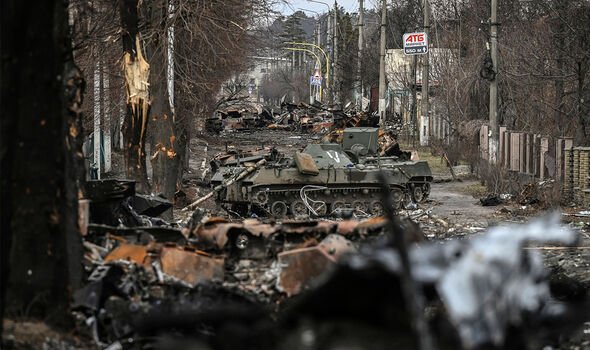 After Ukraine’s military conducted a successful counteroffensive near the city of Kharkiv, Russia claimed it had not retreated but was just regrouping its forces.

However, commentators on state controlled tv in Russia became increasingly amounts critical of the Russian military, something the Kremlin doesn’t usually allow.

The Daily Beast’s Julia Davis shared a clip on Twitter that showed Russian commentator and filmmaker Karen Shakhnazarov criticising fellow panelists who questioned Ukraine’s right to self-determination, adding: “Why would you say something stupid like that? Of course there is a Ukrainian language.”

In another clip, the former State Duma deputy, Boris Nadezhdin, says: “People who convinced President Putin that the special operation would be fast and effective, we won’t strike the civilian population […] these people really set all of us up. Someone told him that Ukrainians will surrender, that they’ll flee, that they’ll want to join Russia. Someone had to be telling him all this.” 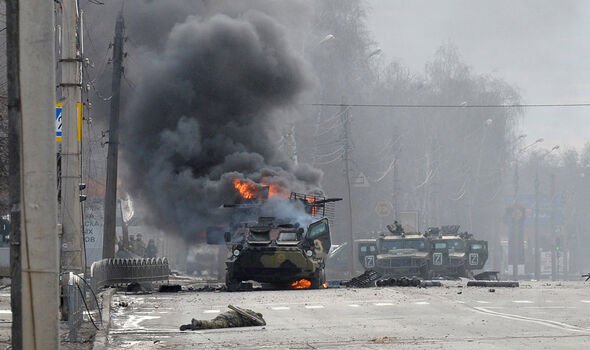 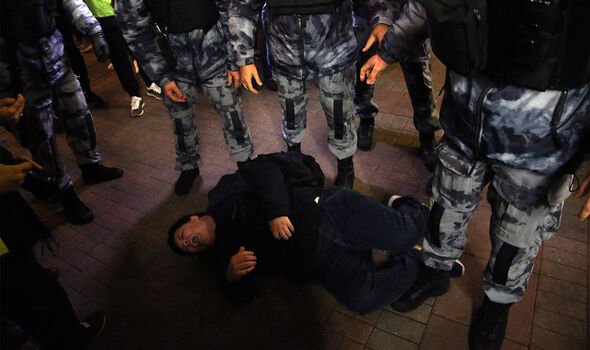 Since the invasion started in February, some Russian oligarchs have also criticised the war. One, called, Mikhail Fridman, urged Putin to stop the violence.

He said in March: “My parents are Ukrainian citizens and live in Lviv, my favourite city. But I have also spent much of my life as a citizen of Russia, building and growing businesses.

“I am deeply attached to Ukrainian and Russian peoples and see the current conflict as a tragedy for them both.

“This crisis will cost lives and damage two nations who have been brothers for hundreds of years. While a solution seems frighteningly far off, I can only join those whose fervent desire is for the bloodshed to end.”

In June, Oleg Deripaska also broke ranks with Putin, saying that destroying Ukraine would be a “colossal mistake”.