MADRID (Reuters) – Passengers wearing masks and wheeling suitcases arrived at Madrid’s main airport on Sunday as Spain opened its borders to most European countries and ended a state of emergency imposed to contain the coronavirus. 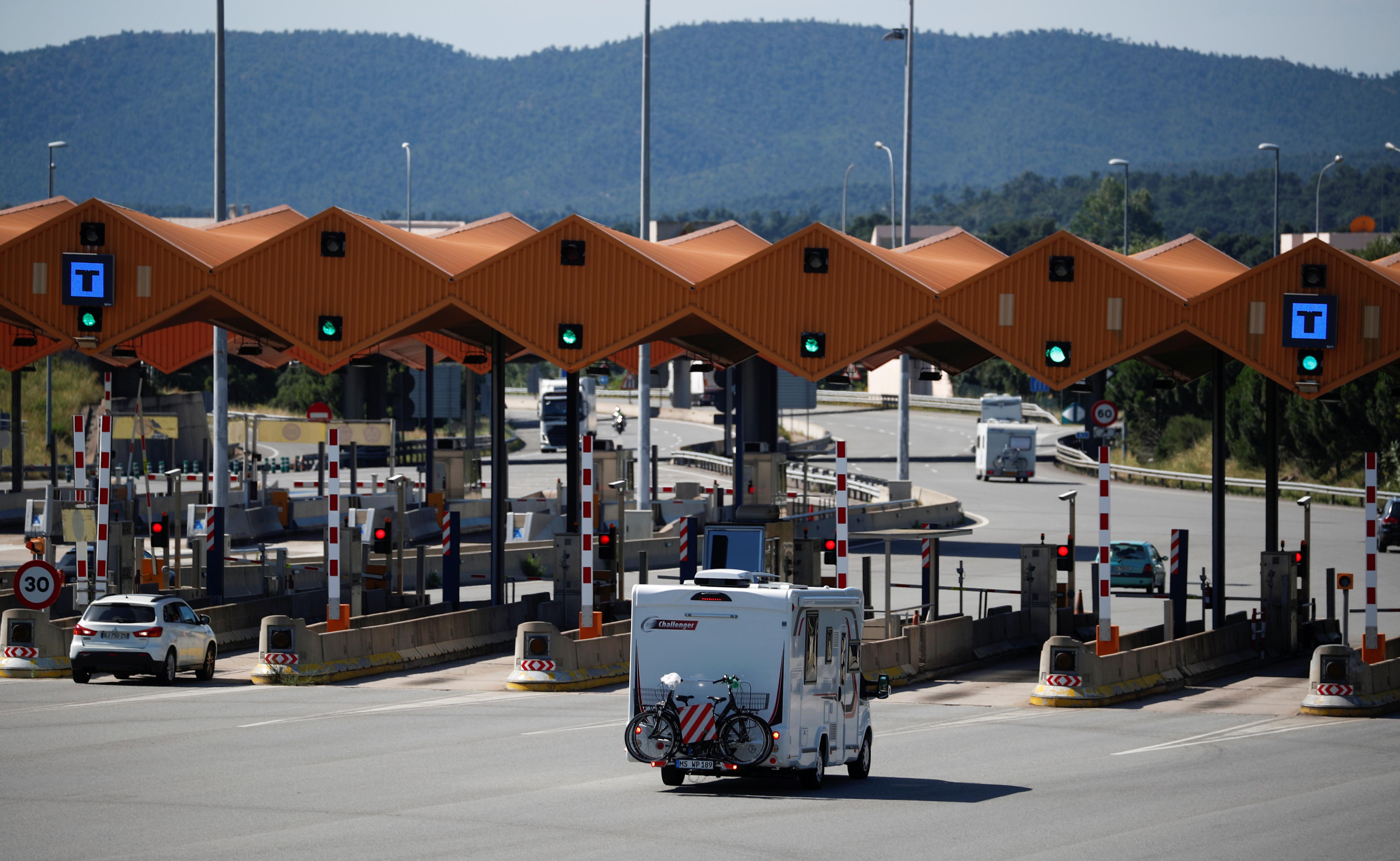 Spain’s borders are now open to all European Union countries except Portugal, as well as Schengen Area members outside the bloc and Britain in a much-needed boost to the country’s tourism industry which accounts for more than 12% of the economy.

British tourists will be allowed in without having to quarantine, Spain said on Saturday, even though they will still be subject to 14 days isolation upon their return..

Spaniards were also allowed to move freely around the country from Sunday and many were expected to visit friends, relatives and second homes in other regions. Since March 14, people have had to remain in their own provinces.

At Madrid’s international Adolfo Suarez-Barajas airport there was a palpable sense of relief for passengers, many of whom were making journeys to see loved ones after months apart.

“My situation is a little complicated because my wife lives in Italy and I live in Spain so we haven’t seen each other for four months,” said Alberto Bos, who was flying to Milan.

All arriving passengers will have their temperature taken, submit information about where they have come from, and provide their whereabouts in Spain in case they need to be traced.

Spain’s border with neighbouring Portugal will reopen on July 1.

“It’s very strange because we aren’t used to travelling anymore,” said Italian tourist Martina, who was among the first to arrive in Spain on a flight from Bergamo.

Stickers on the floor of the arrivals hall made sure those waiting for passengers complied with social distancing measures.

“We will allow British visitors to enter Spain just like the rest of the European Union or Schengen area from 21 June freely and without the need for the quarantine,” foreign minister Arancha Gonzalez Laya told BBC News on Saturday.

But Britain’s own quarantine measures, requiring a two-week period of self-isolation for most people entering the country, could put off potential travellers. Britain is due to review its quarantine rule on June 29, three weeks after it was introduced.

Some 1,500 German tourists touched down in Mallorca early last week as part of a pilot scheme to establish a travel corridor between the two areas, ahead of the lifting of restrictions on Sunday.

In his final address during the state of emergency, Prime Minister Pedro Sanchez praised Spaniards on Saturday for coming together during one of Europe’s strictest lockdowns but warned they should remain vigilant as there could be a second wave.

Spain, which has recorded more than 245,000 coronavirus cases and over 28,000 deaths, has been easing its lockdown restrictions in recent weeks.