Police used tear gas to disperse protesters marching on a road leading to the airport in the capital, Khartoum. 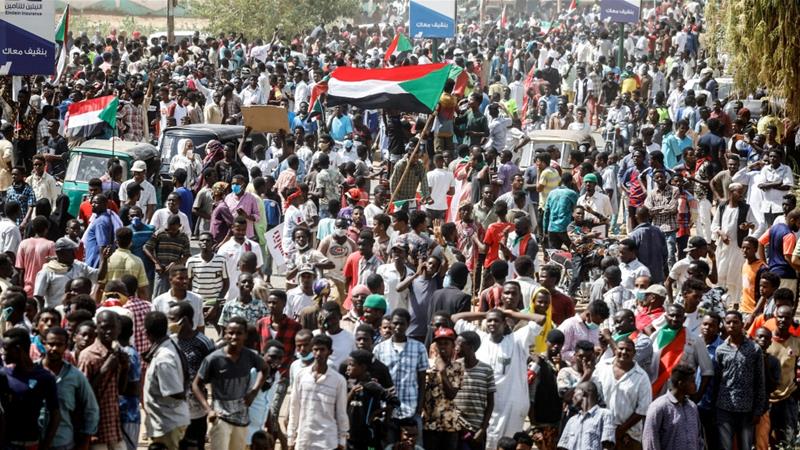 Tens of thousands of protesters have taken to the streets in Sudanese cities despite a coronavirus lockdown to demand greater civilian rule in the transition towards democracy after the removal of longtime ruler Omar al-Bashir last year.

Waving Sudanese flags, demonstrators on Tuesday gathered in Khartoum and its twin cities Khartoum North and Omdurman after the government closed roads and bridges leading to the centre of the capital.

Police used tear gas to disperse protesters marching on a road leading to the airport in the capital, Khartoum. There were no immediate reports of causalities.

Similar protests also took place in Kassala in eastern Sudan and in the restive region of Darfur. They chanted “freedom, peace and justice”, the slogan of the anti-al-Bashir movement.

The “million-man march” was called by the Sudanese Professionals’ Association, and the so-called Resistance Committees, which were instrumental in the protests against al-Bashir and the generals who took over power for months after his removal.

Prime Minister Abdalla Hamdok, a technocrat, governs the country in tandem with the long-dominant military that helped remove al-Bashir after mass protests against his 30-year rule.

An opposition coalition agreed to joint governance with the military in a two-year transition towards free elections but key parts of the deal have not been implemented, such as appointing civilian state governors and establishing a Parliament.

Al Jazeera’s Hiba Morgan, reporting from Khartoum, said protestors took to the street after weeks of organising in a bid to “correct the path of the revolution”.

Demonstrators also say justice has not been served over the killing of protesters since December 2018, when the populist movement against al-Bashir began.

Protesters are also saying that the transitional government handed over “major files” to the military, which under the power-sharing deal, were meant to oversee security issues and not “day-to-day” concerns such as the economy.

The protest organisers also called for the appointment of civilian governors for Sudan’s provinces and making peace with the country’s rebels who were part of the power-sharing deal.

They also called for swift, public trials for al-Bashir and top officials in his government. Al-Bashir, who has been in prison in Khartoum since his removal, faces an array of accusations related to the 1989 coup and the crackdown against the uprising against his rule.

Hamdok’s government has been preoccupied with a worsening economic crisis that has seen a plunge in Sudan’s pound currency and annual inflation topping 100 percent.

Last week, foreign donor nations pledged $1.8bn at a conference hosted by Germany to help Sudan overcome the economic crisis hampering its transition. But the pledges were well below the $8bn in aid Hamdok has said is needed.

The crisis has been compounded by the coronavirus pandemic, which has diverted the resources of many donors. 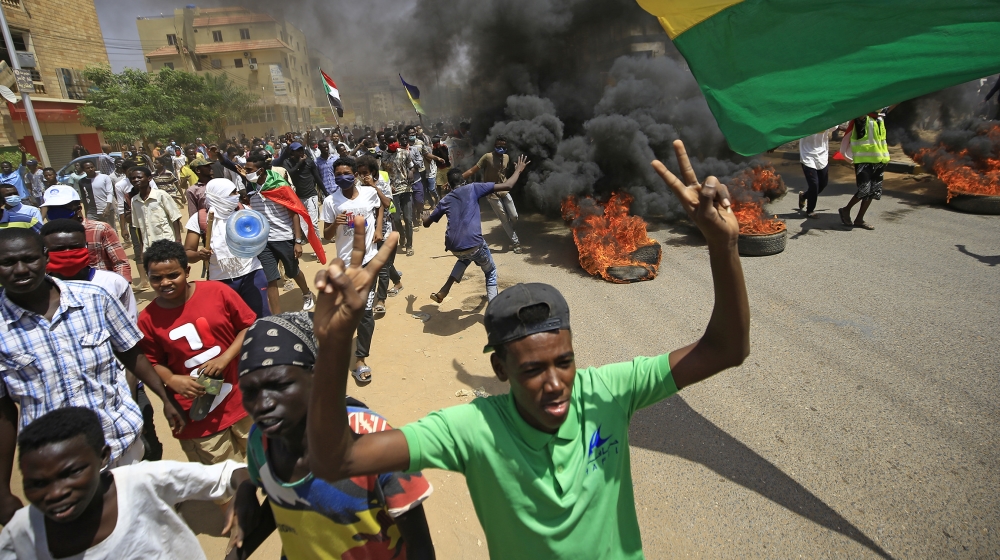 Hamdok sought to appease disgruntled citizens with a speech on Monday in which he said he would announce major decisions on the way forward within two weeks.

He gave no details but added: “The transitional government … [is] aiming to achieve the highest levels of consensus and popular approval.”

Hamdok is also pursuing peace talks with rebel groups across the country but no deal is in sight.

Meanwhile, in central Darfur province, hundreds of people, mostly displaced and refugees, were camping for the second day outside government buildings in the town of Nitrite.

The protesters call for the resignation of the provincial government, and a halt to attacks by government-sanctioned armed groups, said Adam Regal, a spokesman for a local organisation that helps run refugee camps in the area.