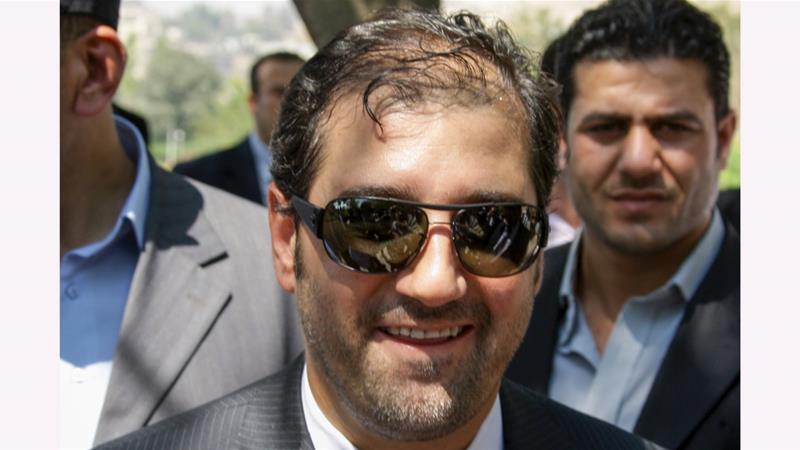 The Syrian government has ordered the seizure of assets belonging to Bashar al-Assad’s cousin, the business tycoon Rami Makhlouf, as well as those of his wife and children, according to a document issued by Syria’s finance ministry.

The document, stamped May 19 and signed by the Syrian finance minister, said the “precautionary seizure” aimed to guarantee payment of sums owed to the Syrian telecom regulatory authority.

Once at the heart of al-Assad’s inner circle, the billionaire Makhlouf has quarrelled with the authorities over funds which the government said are owed by his mobile phone company Syriatel. The unprecedented public tussle has uncovered a rare rift in the ruling elite.

Makhlouf appealed to al-Assad late last month in a video posted on social media, urging the president to give his business time to pay overdue taxes in order to avoid collapse.

The government says Syriatel owes 134 billion pounds, around $77m at the current exchange rate on the parallel market.

Makhlouf on Tuesday posted a letter dated May 18, denying allegations by the Ministry of Telecoms that Syriatel had rejected payment of amounts it was required to pay in a dispute over its licence.

The telecom tycoon has long been seen as a pillar of the Syrian government since al-Assad rose to power in 2000, succeeding his father, Hafez.

But rumours have swirled in recent months of souring ties between Makhlouf and al-Assad, who is spearheading an anti-graft campaign in a bid to shore up state finances.

In an interview with Syrian state TV in October, the Syrian president said he has “called on everyone in the private sector who has squandered state funds to return the money”.

Syria experts say the row could mark the first major rift in decades within the family that has ruled the country since Hafez took power 50 years ago.

In addition to telecoms, Makhlouf’s business empire spans real estate, construction and oil trading. Makhlouf has been under US sanctions since 2008 for what Washington calls public corruption, and it has since toughened measures against top businessmen who are close to him.