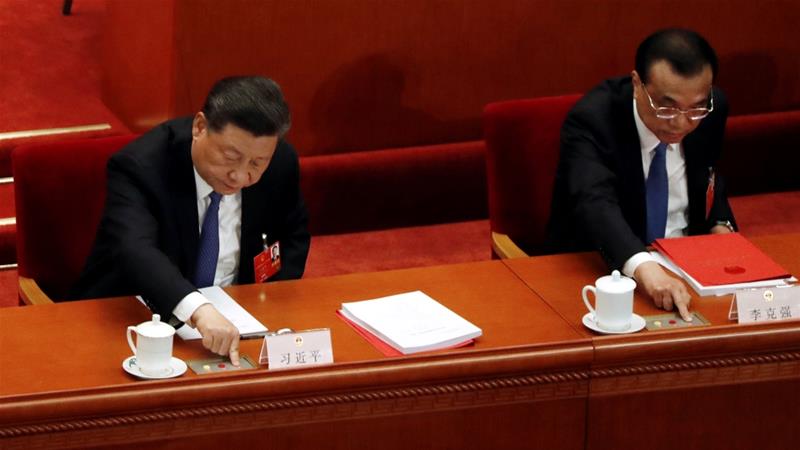 Taiwan has condemned China for endorsing national security legislation for Hong Kong, saying the arbitrary move seriously undermines freedom and the rule of law there.

Taiwan’s cabinet-level Mainland Affairs Council said on Thursday that Beijing had betrayed its promises made to the Hong Kong people for a “high degree of autonomy” after the 1997 handover from British rule.

“This is no good for the relations across the Taiwan Strait. It also shakes the international community’s confidence,” it added.

Taiwan has had its own government since 1949. Beijing considers the self-governing democracy part of its territory.

The security law is the latest issue to fuel fears in Hong Kong that Beijing is imposing its authority and eroding the high degree of autonomy the former British colony has enjoyed under the “one country, two systems” formula.

China says the legislation will be aimed at tackling secession, subversion, “terrorism” and foreign interference in the city but the plan, unveiled in Beijing last week, triggered the first big protests in Hong Kong for months.

The security law will alter the territory’s mini-constitution, or Basic Law, to require its government to enforce measures to be decided later by Chinese leaders.

The plans have prompted widespread condemnation and strained China’s relations with the United States and Britain.

Details of the law are expected to be drawn up in coming weeks, and Chinese authorities and the Beijing-backed government in Hong Kong say there is no threat to the city’s autonomy and the new security law will be tightly focused.

Last year, Hong Kong was rocked for months by often violent pro-democracy demonstrations over an unsuccessful bid to introduce a law that would allow extraditions to China.