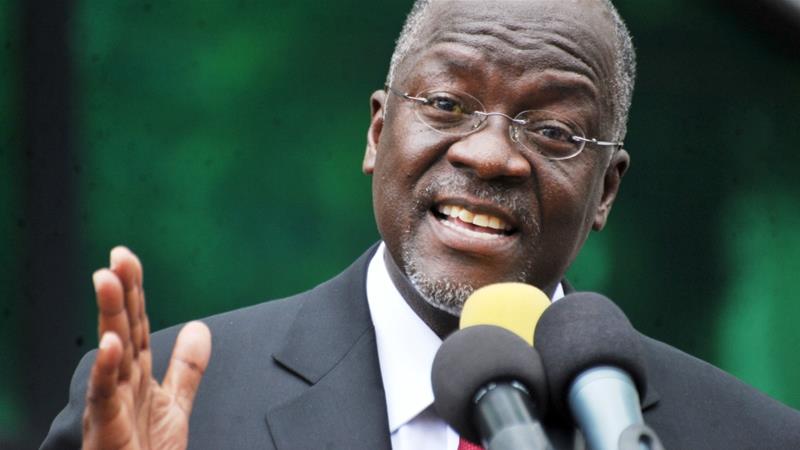 Tanzania’s leading opposition party has called for a suspension of Parliament after three legislators died of unknown causes in the past 11 days.

Freeman Mbowe, chairman of the opposition Chadema party, has repeatedly accused the government of covering up the true extent of the coronavirus pandemic and implied the MPs had died from COVID-19, the disease caused by the pathogen.

“We regret to continue receiving the deaths of MPs and other Tanzanians caused by the COVID-19 infections,” Mbowe said in a statement on Friday, calling on Parliament to suspend its business for at least 21 days and test all MPs, parliament staff and their families.

“We believe more strict measures are needed to protect the lawmakers as well as the wider Tanzanians. As the authorities are yet to make decisions, we want our MPs to be safe by immediately isolating,” he added.

His comments came after it was announced that Augustine Mahiga, Tanzania’s minister for constitution and legal affairs, had died earlier on Friday, with no official explanation for his death. The legislator was 74.

His death followed that of Gertrude Rwakatare on April 20 and Richard Ndassa on April 29.

The government has not commented on the cause of their deaths, issuing statements only to announce their passing and convey condolences.

Last month, Parliament announced that one MP had tested positive for the new coronavirus.

By Wednesday, Tanzania had confirmed 480 coronavirus cases and 16 deaths, the only update it has given in the past nine days.

Regular updates were being given until President John Magufuli on April 22 said the Ministry of Health was “causing panic” with their announcements of cases and deaths.

Tanzania is one of a few countries in Africa that has not taken drastic measures against COVID-19, and Magufuli is among a handful of world leaders still playing down the seriousness of the disease.

Schools and universities have been shut, but markets and other commercial activities are still going on, with Magufuli urging citizens to continue working hard and not stop going to church or mosques.

“As the world is passing through trying times following the coronavirus outbreak, let us keep working hard. Coronavirus should not pull us back from serving Tanzanians. I believe God will make us move ahead,” he said in a message to civil servants on May 1.

Mbowe on Wednesday said Magufuli was in a “state of denial”.