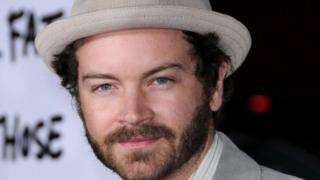 Actor Danny Masterson, best known for his role on the hit series That ’70s Show, has been charged with raping three women in the early 2000s.

Mr Masterson, 44, denies the charges and has argued that his membership of the Church of Scientology was leading to his persecution.

If convicted, he could face up to 45 years in prison.

Prosecutors did not file charges in two other cases due to insufficient evidence and the statute of limitations expiring.

“Obviously, Mr Masterson and his wife are in complete shock considering that these nearly 20-year-old allegations are suddenly resulting in charges being filed, but they and their family are comforted knowing that ultimately the truth will come out,” Mr Mesereau said in a statement.

In 2017, Netflix wrote Mr Masterson out of its comedy The Ranch after the accusations came to light.

“I have never been charged with a crime, let alone convicted of one. In this country, you are presumed innocent until proven guilty,” he said at the time.

“However, in the current climate, it seems as if you are presumed guilty the moment you are accused.”

Mr Masterson has been married the actor and model Bijou Phillips since 2011.

Last year, four women filed a lawsuit against Mr Masterson and the Church of Scientology, stating they were stalked, harassed and intimidated after reporting the alleged abuse.