Watching unfolding events from Ukraine on the news, actor Gary Webster and his TV presenter wife Wendy Turner were, like so many others, filled with rage and frustration at the images of Vladimir Putin’s murderous invasion.

Seeing innocent families fleeing bombedout homes, having lost everything, was heart-breaking and they felt a desperate need to help. The couple had some personal experience of being helped by others when the chips were down and were keen to “give something back”.

“The two situations are entirely different, of course, but we know what it’s like to pack your bags at a moment’s notice and move on,” says Gary. “We’ve had some tough times financially speaking, and there have been people who’ve come out of nowhere to help us. We’re forever grateful for that.”

But what could they do to make a difference to the wide-scale suffering in Ukraine that had seen thousands killed and millions made refugees? 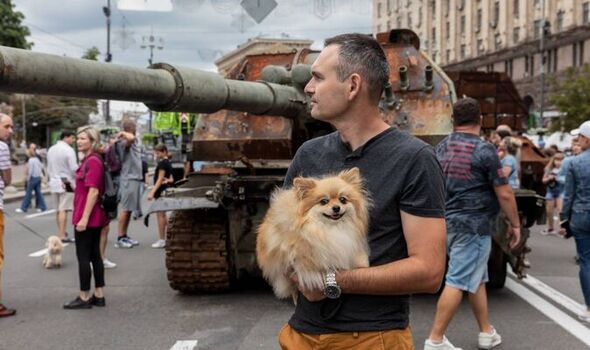 Quite a lot as it transpires. Wendy, 55, a longstanding longa animal rights campaigner, had links with a charity that was now working in neighbouring Poland to save some of the thousands of household pets caught up in the war, sometimes abandoned and starving, their owners fleeing for their own lives and unable to care for them.

That then was their opportunity to get involved and help the “silent victims”. “There’s no pecking order. Humans and animals are all sentient beings. Every life is important,” says Gary, 58.

They quickly committed to travel to Poland to see what they could do. Wendy, younger sister of fellow broadcaster Anthea Turner, first experienced the charity Viva! nearly 30 years ago when she was presenting Absolutely Animals on Channel 4, and became a patron at the invitation of the organisation’s founder, Juliet Gellatley.

“They’re UK-based but they also have a 52-acre animal sanctuary in Warsaw,” she explains. “When people started fleeing Ukraine after Putin launched his barbarous attacks, hundreds of thousands of refugees crossed the border into Poland, whole families with their precious pets, always the silent victims of any conflict.”

Viva!’s Poland sanctuary was inundated with traumatised animals whose refugee owners were unable to care for them, or which had become strays. Gary and Wendy travelled to the Ukraine border to see first-hand how volunteers with the campaigning charity were trying to help. 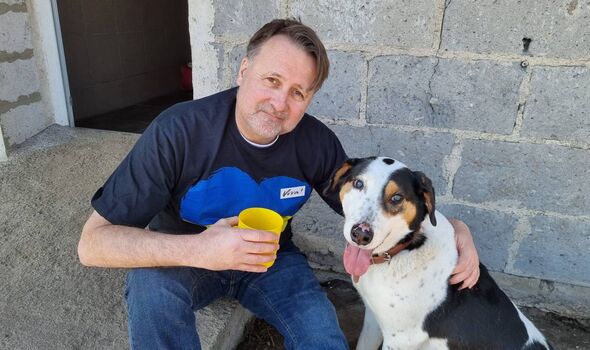 Refugees fleeing by train, car or on foot with their animals were met byViva! workers at the border or the main railway station in Warsaw and given food, pet carriers and any veterinary attention the pets needed.

“As a result of the bombing in Ukraine, there are many pets who’ve been separated from their owners and now roam the streets searching for food and shelter,” says Wendy. “Kind-hearted Ukrainian volunteers have been rounding up these waifs and strays – some of them injured in the shelling – putting them into vans and driving them to the Polish border.”

From there, Viva! workers transport the animals to the Warsaw sanctuary where they’re checked for injuries. On their mission to the border, Gary and Wendy delivered a consignment of microchips, which border control staff inserted in each animal crossing from Ukraine.

“If any dog or cat should go missing again, this helps identify them as and when they’re caught,” Wendy explains.

From there, the couple returned to the sanctuary in Warsaw which, at any one time, is home to some 500 dogs and cats, a hundred or more of which, in the last month alone, began life in Ukraine.

“They can spend some months there,” said Wendy. “There’s a 15-day quarantine period but there are also necessary jabs as well as sessions with behaviourists who can assess the level of trauma an animal has suffered.” 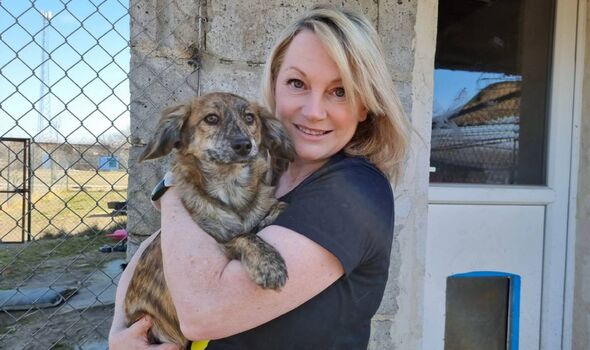 Viva! founder Juliet also travelled from the UK to visit the charity’s Warsaw sanctuary to get to grips with the steady stream of new arrivals.

“When Wendy and Gary headed off to the Ukraine border I went into one of the dog compounds to make a video about the impact of the war,” she says.

“There were many beautiful puppies but one in particular who wouldn’t leave me alone. She was so affectionate and playful and was there with her brother. In a couple of days, though, he was gone, off to a new forever home.

“When I went to give little Roza, as I named her, a cuddle, I just knew I couldn’t leave her behind. She’s now in the UK with me and my family and living life to the full. She’s getting on brilliantly with Lily, our rescue dog from Sarajevo. I’m so glad we could give Roza the happy ending she deserves.”

While adoptions to Britain are currently paused until September 3, volunteers are working flat out to process new arrivals.

A typical case at the Viva! sanctuary was a dog named Gandalf who had been rescued by volunteers having lost one of its legs, probably as a result of being caught in an explosion.

“She needed specialist veterinary treatment to stitch up her wound and learn to trust the people looking after her. It will be many months before she can be considered for rehoming,” says Wendy.

“There was another dog we called Hope who was found wandering aimlessly and was brought into Poland by somebody crossing over on foot. Now she’s being looked after in the sanctuary.”

Gary pointed out a trio of Ukrainian puppies, all from the same litter, and all about four months old when the couple saw them.

‘If war demonstrated anything, the worst best humankind’

“One has already gone to a Polish family,” said Gary, who is best known for his role as TV’s Minder. “The other two remain. The oneWendy held in her arms we called Joy.”

Both Gary and Wendy fell for a piebald dog called Bim who turned out to be blind – not a casualty of war but from cataracts. “She was picked up by one of the volunteers in Lviv, a stray who’d completely lost her bearings.The vets at the sanctuary felt confident that the dog’s eyes can be operated on and her sight partially restored,” says Gary.

“There was a particular green-eyed tabby that came to me unprompted, which I took as a good sign,” she explains. “She’d been found wandering the streets of Lviv, somebody’s beloved family pet. Her coat was still glossy and she’d been well fed.

“The vets think she’s about two years old. As I’m a vegan, I named her Tofu.” 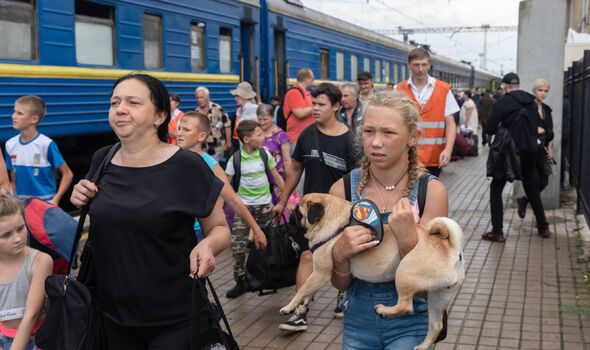 The couple know all about rescuing strays. They already have a collie/German shepherd cross dog – named Newt by the couple’s sons Jack, 22, and Freddie, 19, after the young character in the Sigourney Weaver filmAliens – rescued from the sewers of Bucharest, Romania, five years ago.

Given her difficult start in life, having been born on the streets, Newt is understandably very territorial.

“We once tried to foster another dog but it ended badly. It would be totally irresponsible to adopt a second dog,”Wendy says.

Not that Gary and Wendy were able to bring Bim or any of the other pets home with them. Sadly, Viva! has had to pause its adoption scheme because of the temporary UK government ban on rescue dogs being brought in from Belarus, Poland, Romania or Ukraine.

Volunteers hope it will be lifted next month, but financial donations to the charity remain welcome, and there is another way to help. Wendy was impressed by how well the animals were cared for at the sanctuary, and not only by Polish volunteers.

There were also some Britons working there and more are needed.

“You’d have to make your own way to Warsaw and back and commit to two weeks’ minimum unpaid work, but bed and board are provided,” she says.

Gary left Poland more hopeful than when they set out.

“If the war has demonstrated anything, it is both the worst and the best of humankind,” he says. “To Putin, life is cheap, expendable, in the pursuit of his aims. But millions and millions of people refuse to stand by as carnage threatens to rip apart a peace-loving country.”

Wendy agrees: “What stays with me from our trip is that all the pain and the misery and the suffering for people and pets alike is totally unnecessary. That’s the tragedy of it. But, in the end, I truly believe good will always triumph over evil.”