Jessica Springsteen, the daughter of rock star Bruce Springsteen, has won a silver medal in showjumping at the Olympics.

A member of the US team, they were beaten by Sweden in a jump-off for the gold medal on Saturday, while Belgium secured bronze.

It marked an Olympic debut for 29-year-old Springsteen, who is the youngest member of the team. 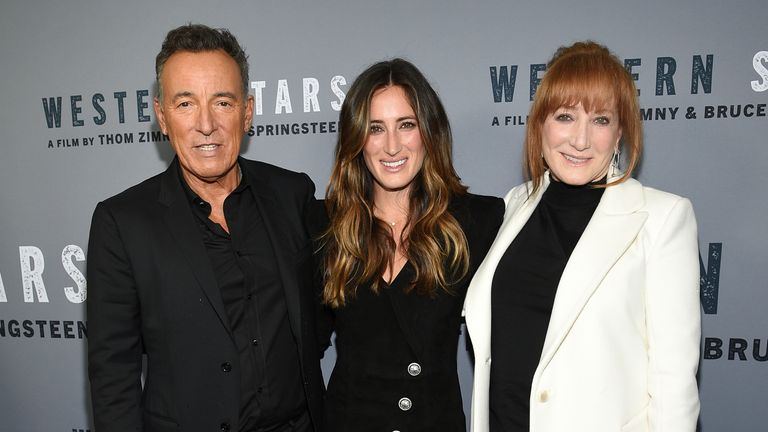 Springsteen, daughter of “the Boss” and singer Patti Scialfa, said she called her family, who were “all screaming”.

She added: “I don’t think we understood a word that anyone was saying. Lots of yelling. All smiles, I just saw their Team USA gear. There was lots of shouting.”

Springsteen, along with her teammates Laura Kraut and McLain Ward, moved cleanly through the shortened jump-off course with a combined time of 124.2 seconds.

The final Swedish rider, Peder Fredricson, needed to circle the track in 40.30 seconds or better without error and cruised to a time of 39.01 for the country’s record fourth gold medal – but the first since 1924.

The Olympian, who is ranked in the world’s top 15, previously said: “This is not only my first Olympics, but also my first championships. I am so excited to represent my country at this level.”

She said it was something she had “always dreamt of”, adding it was a “huge honour” to be selected for the squad.

The postponement of the Olympics last year, due to the coronavirus pandemic, had allowed her to build a partnership with her 12-year-old stallion Don Juan van de Donkhoeve, she added.

Springsteen’s mum is reported to have introduced her to horses as a toddler while they were living on a farm in New Jersey.

Her parents had been expected to watch the tournament from their home in the US.