Video game charity event will see players compete from the comfort of their homes amid coronavirus pandemic. 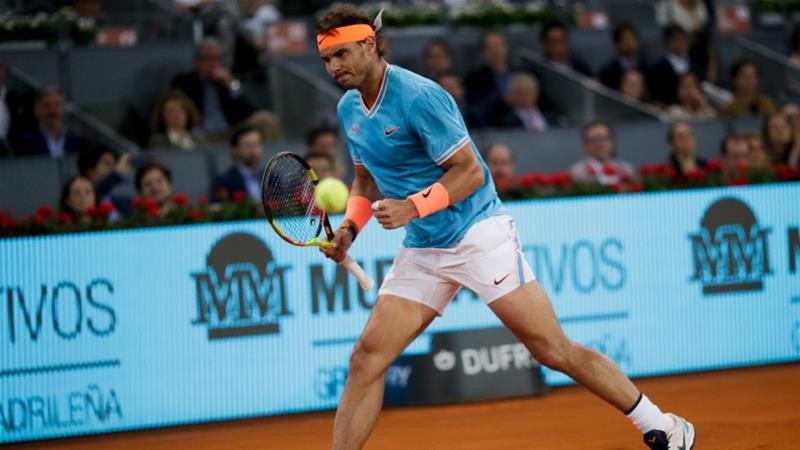 Top tennis players are set to swap their rackets for gaming controls and compete from the comfort of their homes at the virtual Madrid Open tournament.

The coronavirus pandemic has stopped play on the professional tennis tour, as in other major sports, until at least the end of July, but the hole in the calendar will be partly filled at this computerised charity event, scheduled to start on Monday.

Sixteeen men and 16 women will battle it out on a Manolo Santana Stadium that has been recreated in exquisite detail in the Tennis World Tour video game designed by Nacon Gaming.

While the e-sports tournament, the first to feature real players, looks like a fun distraction from the lockdown, it will be covered like a real tournament with fans able to watch the action live on Facebook Gaming from 14:00 GMT on Monday.

Fans will be able to get a close-up as one screen will show the live action, while another window will focus on the actual player.

A 150,000 euros ($161,790) purse is up for grabs for both draws, with winners deciding how much they donate to the tennis players currently suffering economically, and 50,000 euros ($54,259) will go to the Madrid Food Bank to help reduce the social impact of the COVID-19 pandemic.

“I like this original idea very much and I am excited to be part of it,” said 16th-ranked Shapovalov, who will start his virtual campaign against five-time Madrid Open champion Nadal.

The coronavirus outbreak has decimated the world sports calendar, forcing the postponement of the Olympic Games, which includes tennis, and the cancellation of Wimbledon.

French Open organisers have rescheduled the event for the end of September, shortly after the US Open, although Nadal said public health took priority over tennis tournaments.

“From my point of view, I’m very pessimistic that the circuit can resume normal activity,” the Spaniard said in an online chat organised by the Spanish Tennis Federation.

While desperate times have meant tennis has had to embrace e-sports, it could open the doors to a new fanbase, according to Phelan Hill, an e-sports specialist at Nielsen Sports.

“Tennis is now taking it on and it will drive engagement. Kids’ first engagement these days is not through watching it on TV. It’s a different journey, it’s another touch point to get people on the customer journey.”