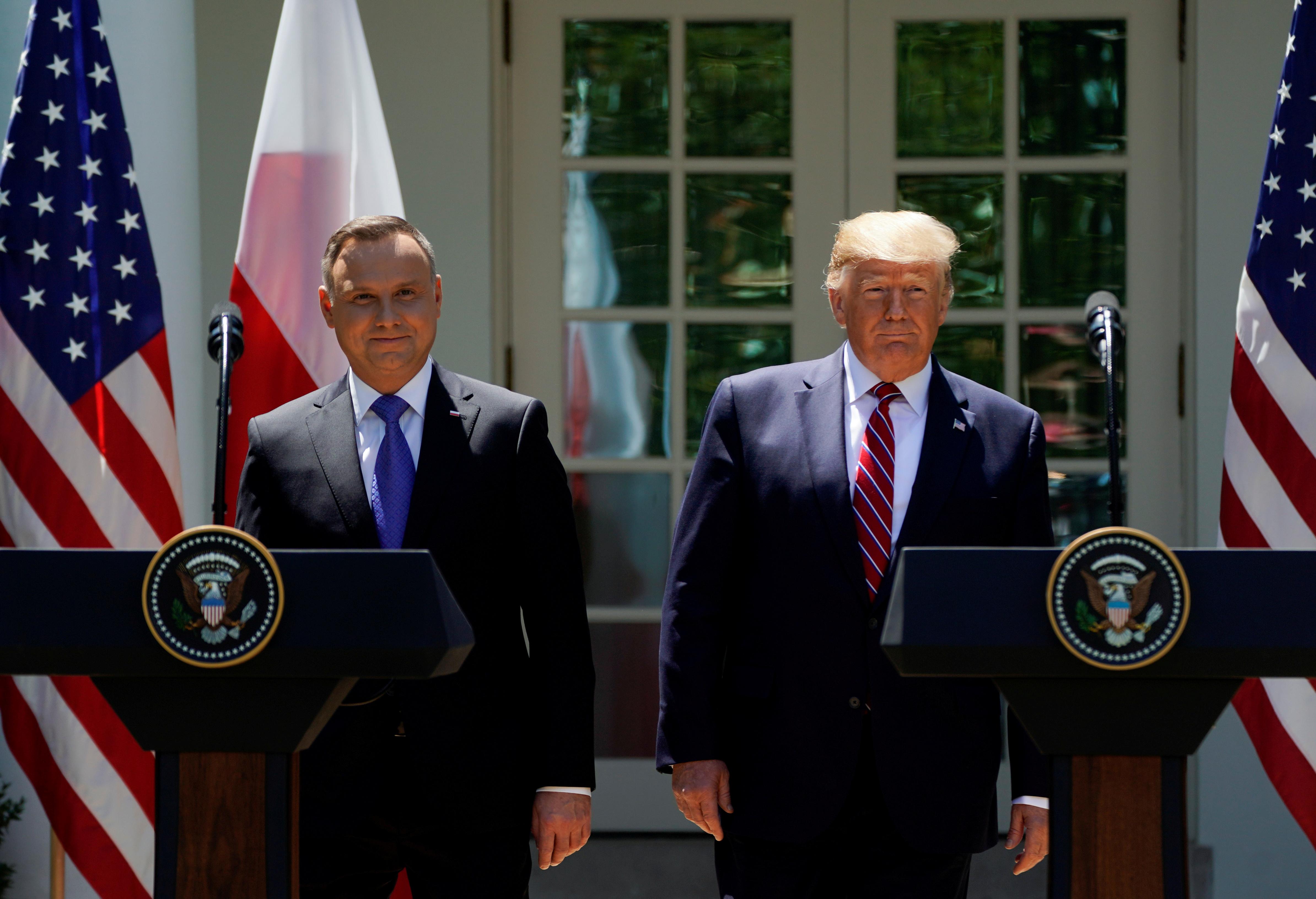 WASHINGTON (Reuters) – U.S. President Donald Trump will meet with Polish President Andrzej Duda in Washington next week, the first visit by a foreign leader to the White House since the start of the coronavirus pandemic.

“The visit comes at a critical time for both the United States and Poland, as we reopen our countries after months of battling the coronavirus pandemic,” the White House said in a statement on Wednesday.

Trump said on Monday the United States will reduce its troop presence in Germany by 9,500 to 25,000. Polish Prime Minister Mateusz Morawiecki has said he hopes some of the U.S. troops will be moved to Poland.

Trump and Duda “will discuss further advancing our cooperation on defense, as well as trade, energy, and telecommunications security,” the White House said.

Last June, Trump agreed to send 1,000 more troops to Poland. Reuters reported last week that the project was crumbling amid disputes over funding and where to garrison the troops. The report was denied by some members of Poland’s government and by U.S. Ambassador to Poland Georgette Mosbacher.