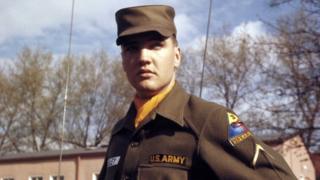 For the people of Grafenwoehr, Elvis will always be the king.

In 1958, stationed as a young American soldier in Germany, the singer gave a concert here which remains the stuff of legend. Two years ago, the Bavarian town – which is home to the largest US military training base outside America – even held an anniversary party.

But even as costumed fans shimmied, jived and reminisced, the talk was of an uncertain future.

US President Donald Trump had, reportedly, just ordered officials to evaluate the cost and the consequences of removing American troops from German soil.

At the time some were alarmed but many dismissed it as tactical talk. Designed to put Germany – which Mr Trump had singled out for failing to meet Nato spending commitments on defence – in its place. But it was the first of many such threats.

So, earlier this week, when, after a week of reports and rumours, the US president confirmed plans to pull 9,500 soldiers out of Germany, many in Berlin were dismayed but few were surprised.

Ministers have grown accustomed to Mr Trump’s furious outbursts over German policy. The US president is irritated by Germany’s trade surplus and unhappy about its commitment to the controversial Nord Stream 2 gas pipeline, which will double Russian gas supplies to Europe.

But it’s Germany’s failure to meet the Nato commitment of spending 2% of GDP on defence (it has increased the amount but spends only 1.38%, compared to 3.4% by the US) which has focused Mr Trump’s ire.

And communication with the Trump administration is notoriously poor.

As the first reports arrived in Berlin, Peter Beyer, transatlantic co-ordinator for German Chancellor Angela Merkel, had already made his frustration clear. He told the Rheinische Post: “This is completely unacceptable, especially since nobody in Washington thought about informing its Nato ally Germany in advance.” 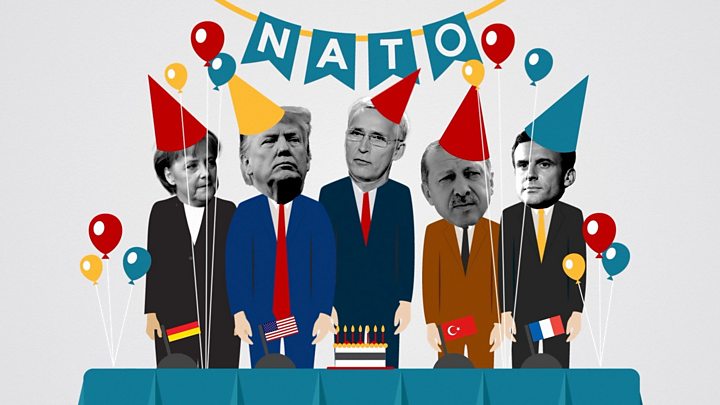 And Germany’s foreign minister, Heiko Maas, has confirmed that his government had received no detailed information about the US plan.

The timing has intrigued some. The popular rumour in Berlin is that President Trump is punishing Mrs Merkel who, by refusing to attend a planned G7 summit in Washington over concerns about the coronavirus pandemic, effectively scuppered the event.

Others believe the strategy to be the work of the rather belligerent former US ambassador to Germany. Richard Grenell has just left the post having, unlike his predecessors, made few friends in Berlin. Just last year he raised the prospect of troop withdrawal in response to Germany’s defence spending. Some see the confirmation as his parting shot.

Others, including the chair of the German parliament’s foreign affairs committee, Norbert Roettgen, suspect the US president is playing to the home crowd, mindful of this autumn’s presidential election.

“Trump is campaigning and has long promised to bring the troops home,” tweeted Mr Roettgen. “In doing so, he now tries to score domestically”.

Two questions dominate. What impact would troop withdrawal have? And does Mr Trump really mean it?

Around 35,000 American soldiers are stationed in Germany, supported by thousands of US civilian staff. By and large a welcome legacy of the country’s post-World War Two history, Germany hosts more US troops than any other European country.

Today Germany is considered a useful strategic base for the US military; a good point from which to launch operations in the Middle East, for example.

Few believe diluting that presence would have positive consequences – for America or the West in general.

Others have predicted that a withdrawal would play into the hands of Russia and other adversaries.

Will it happen? No one’s sure and opinion is divided.

It wouldn’t be the first time President Trump has followed through on what, at first glance, appeared to be an empty threat. Poland – ever conscious of an unpredictable Russia – is watching, hopeful that Mr Trump might make good on the suggestion that the soldiers could be redeployed there.

On the other hand, John Kornblum, the former US ambassador to Germany, told one German newspaper: “I predict there will not be any troop withdrawal. Trump is big on making announcements but doesn’t act on them.”

But the development will intensify questions about global alliances and Germany’s place in the world.

There’s already an ongoing domestic debate over defence spending and, more fundamentally, how or even whether modern Germany – which, for historical reasons, has barely engaged militarily on the global stage – should develop its own capabilities and role.

The head of the Munich Security Conference, Wolfgang Ischinger, recently told the BBC that Germany risked shirking its responsibilities as a powerful European country.

Germans, he said, “have developed a tendency of thinking of themselves as morally superior because we are not waging aggressive wars, because we’re always wagging our finger and saying let’s be on the good side. Being on the good side in a bad world requires also to be able to deter, to defend if necessary and help defend others”.

Every evening in Grafenwoehr, US soldiers solemnly march up to a flagpole on the base and, in silence, lower the stars and stripes before folding it away for the night.

American troops – for so many here – are woven into the fabric of German life.

But with so many certainties, the once warm transatlantic relationship – the reliance on old allies and the strength of Nato – are now fraying at the edges.