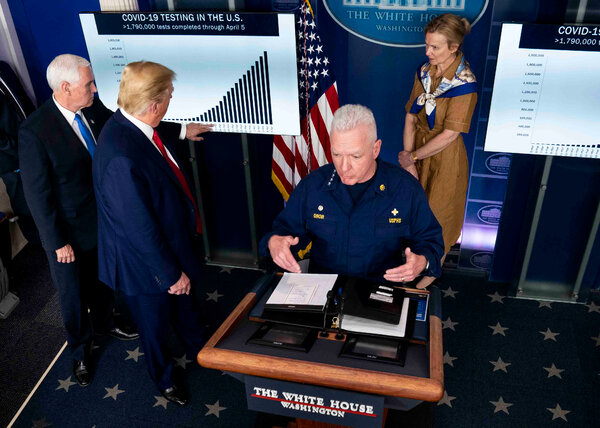 In interviews broadcast on CNN Sunday night, former President Donald J. Trump’s pandemic officials confirmed in stark and no uncertain terms what was already an open secret in Washington: The administration’s pandemic response was riddled with dysfunction, and the discord, untruths and infighting most likely cost many lives.

Dr. Deborah L. Birx, Mr. Trump’s coronavirus response coordinator, suggested that hundreds of thousands of Americans may have died needlessly, and Adm. Brett P. Giroir, the testing czar, said the administration lied to the public about the availability of testing.

The comments were among a string of bombshells that emerged during a CNN special report that featured the doctors who led the government’s coronavirus response in 2020.