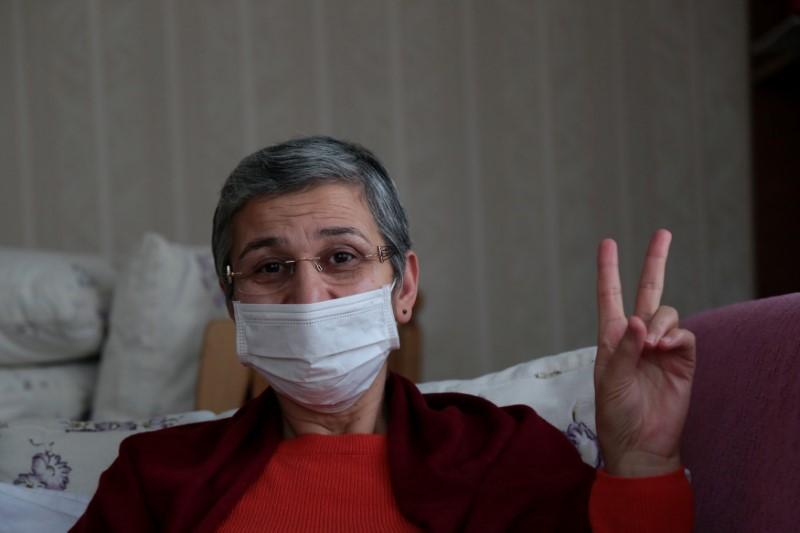 ANKARA (Reuters) – Turkey’s parliament stripped two pro-Kurdish lawmakers and one MP from the main opposition party of their parliamentary status on Thursday after convictions against them became final, drawing sharp criticism from their parties.

Those stripped of their status were Leyla Guven and Musa Farisogullari from the pro-Kurdish Peoples’ Democratic Party (HDP) and the Republican People’s Party’s (CHP) Enis Berberoglu.

The decisions were announced in parliament after appeals courts upheld Berberoglu’s conviction for disclosing government secrets and the convictions of Guven and Farisogullari for being members of a terrorist organisation.

“This disregards the national will. We will continue the democratic fight to obtain justice, rights and law,” CHP leader Kemal Kilicdaroglu wrote on Twitter.

“This is the trampling and theft of the will of the voters and the Kurdish people,” HDP deputy Saruhan Oluc said in a speech in parliament.

The government has repeatedly accused the HDP of ties to the militant Kurdistan Workers Party (PKK), which has fought against the state in the largely Kurdish southeast since 1984 and is designated a terrorist group by Turkey, the United States and European Union. The HDP denies such links.

President Tayyip Erdogan’s AK Party has 291 deputies in the 600-seat assembly, while the CHP now has 138 seats and the HDP has 58 seats, keeping it as the second biggest opposition party.

The AKP is planning to push measures through parliament with its nationalist MHP allies that affect how political groups may contest elections and could hamper new opposition parties taking part in any snap elections. [L8N2DB35Q]

Those plans would not be affected by Thursday’s removal of the three politicians’ parliamentary status.