WASHINGTON (Reuters) – U.S. Secretary of State Mike Pompeo said on Friday Washington was imposing visa restrictions on Chinese officials responsible for restricting freedoms in Hong Kong, but he did not name any of those targeted. 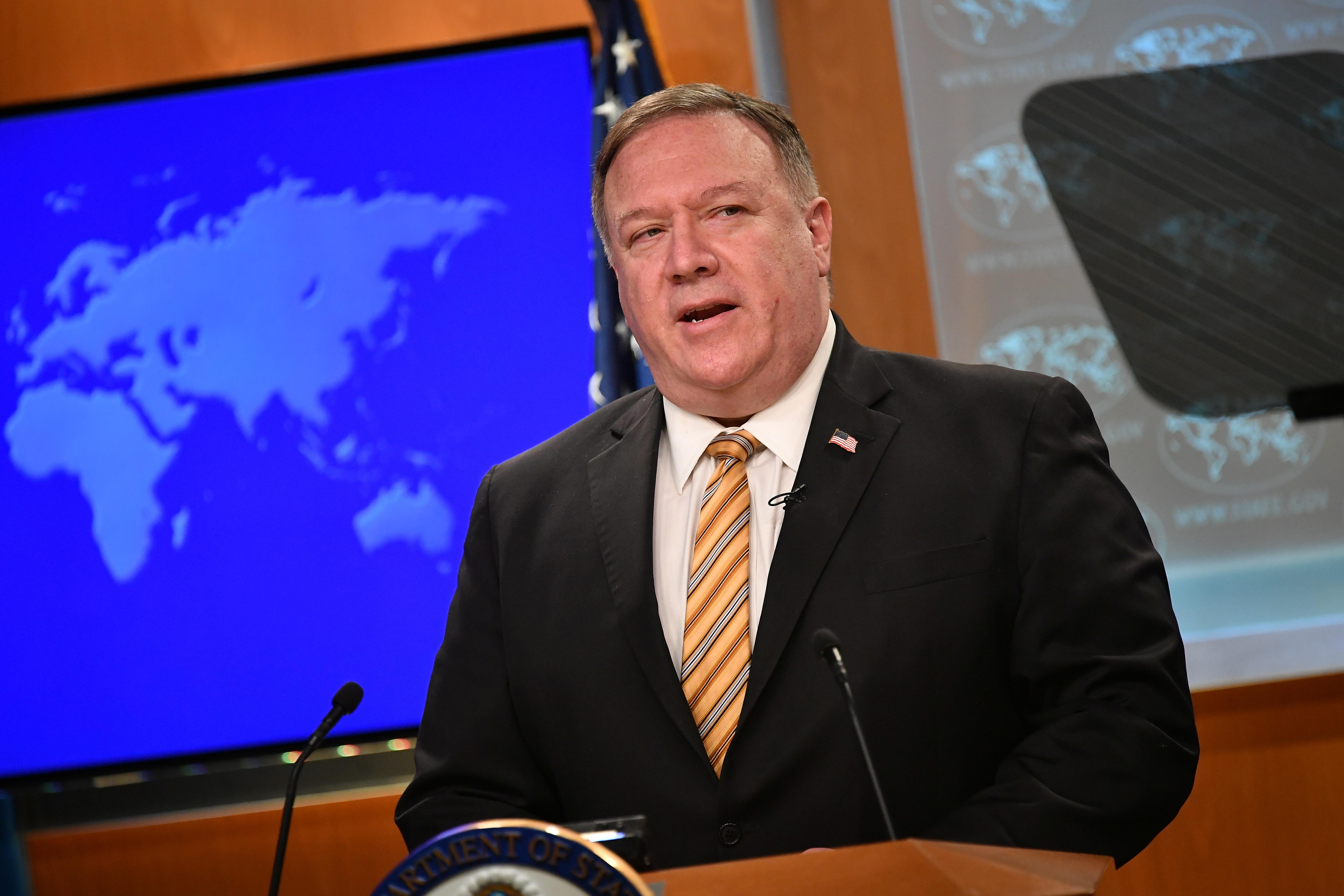 The move comes ahead of a three-day meeting of China’s parliament from Sunday expected to enact new national security legislation for Hong Kong that has alarmed foreign governments and democracy activists.

The U.S. visa restrictions apply to “current and former” Chinese Communist Party officials “believed to be responsible for, or complicit in, undermining Hong Kong’s high degree of autonomy,” Pompeo said, without naming them.

Last month, President Donald Trump responded to China’s plans by saying he was initiating a process to eliminate special economic treatment that has allowed Hong Kong to remain a global financial center since its handover by Britain in 1997.

Pompeo’s announcement represents the first concrete U.S. step in response to China’s moves, but Bonnie Glaser, an Asia expert at Washington’s Center for Strategic and International Studies, said visa restrictions were largely symbolic and the fact that no names were given could lessen their impact.

A State Department spokeswoman said relatives of designees could also be barred. A Bloomberg columnist quoted a department official as saying the number of officials targeted was “in the single digits.”

Pompeo’s announcement comes at a time of intensified U.S. rhetoric against Beijing as Trump campaigns for re-election. Opinion polls have shown voters increasingly embittered toward China, especially over the coronavirus, which began there.

“President Trump promised to punish the Chinese Communist Party officials who were responsible for eviscerating Hong Kong’s freedoms. Today, we are taking action to do just that,” Pompeo said.

Pompeo said last week Washington would treat Hong Kong as a Chinese city rather than an autonomous one to the extent that China treated the territory as a Chinese city. He said Hong Kong elections due in September would show China’s intentions.

China’s Washington embassy did not respond to a request for comment.

However, China’s official Xinhua news agency said a Hong Kong government spokesman had called legislation approved by the U.S. Senate on Thursday totally unacceptable. The measure would impose mandatory sanctions on people or companies that back efforts to restrict Hong Kong’s autonomy, and includes secondary sanctions on banks that do business with anyone backing any crackdown on the territory’s autonomy.