WASHINGTON (Reuters) – The United States announced its intention on Thursday to withdraw from the 35-nation Open Skies treaty allowing unarmed surveillance flights over member countries, the Trump administration’s latest move to pull the country out of a major global treaty. 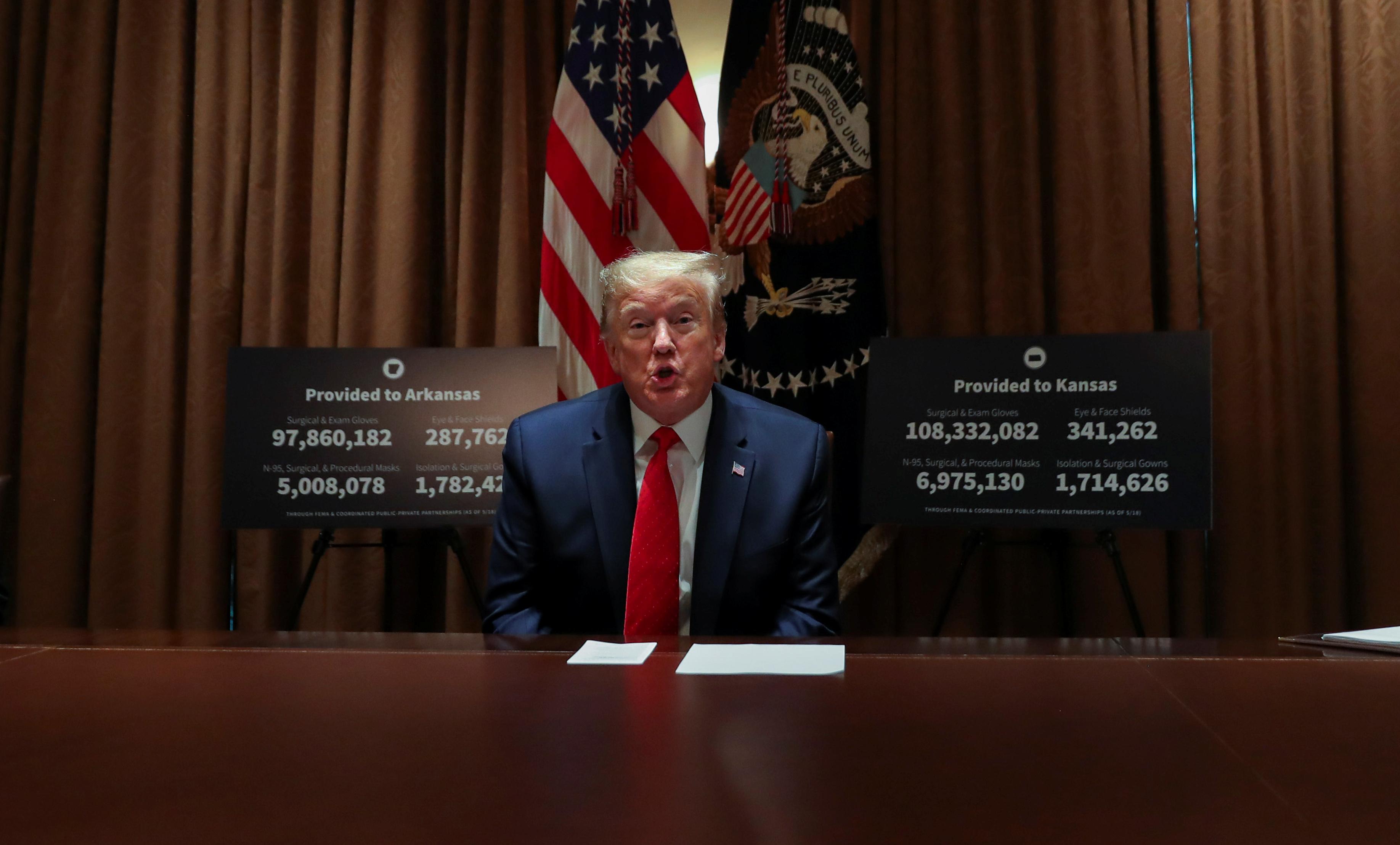 The administration said Russia has repeatedly violated the pact’s terms. Senior officials said the pullout will formally take place in six months, based on the treaty’s withdrawal terms.

“I think we have a very good relationship with Russia. But Russia didn’t adhere to the treaty. So until they adhere we will pull out,” U.S. President Donald Trump told reporters.

He said there was a “very good chance we’ll make a new agreement or do something to put that agreement back together.”

NATO allies and other countries such as Ukraine have pressed Washington to remain in the treaty, and Trump’s decision could aggravate tensions within the alliance.

The administration also pulled the United States out of the Intermediate-range Nuclear Forces Treaty with Russia last year.

The officials, speaking on condition of anonymity to a small group of reporters, said the decision followed a six-month review that found multiple instances of Russian refusal to comply with the treaty.

“During the course of this review it has become abundantly clear that it is no longer in America’s interests to remain a party to the Open Skies treaty,” said one of the officials.

One administration official said extensive discussions were held with U.S. allies leading up to the decision but ultimately Washington decided “it is no longer in our interest” to participate in it.

At the same time, the official said U.S. officials had begun talks in recent days with Russian officials about a new round of nuclear arms negotiations to “begin crafting the next generation of nuclear arms control measures.”

The Open Skies treaty, proposed by U.S. President Dwight Eisenhower in 1955, was signed in 1992 and took effect in 2002. The idea is to let member nations make surveillance flights over each other’s countries to build trust.

The officials cited a years-long effort by Russia to violate the terms, such as by restricting U.S. overflights of Russia neighbor Georgia and its military enclave in Kaliningrad.

In addition, they said Russia has been using its own overflights of American and European territory to identify critical U.S. infrastructure for potential attack in a time of war.

Some experts worry that a U.S. exit from the treaty, which will halt Russian overflights of the United States, could prompt Moscow’s withdrawal, which would end overflights of Russia by the remaining members, weakening European security at a time that Russian-backed separatists are holding parts of Ukraine and Georgia.

Trump’s decision to leave the treaty is “premature and irresponsible,” said Daryl Kimball, the head of the Arms Control Association.