The flight carrying medical aid for Palestinians took place despite the UAE and Israel having no formal ties. 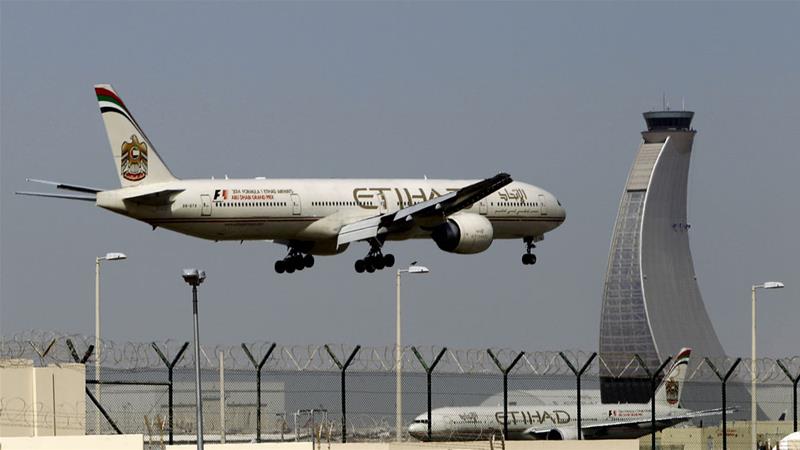 An Etihad Airways plane flew from the capital of the United Arab Emirates into Israel on Tuesday to deliver coronavirus aid to the Palestinians, the airline said, marking the first known direct commercial flight between the two nations.

The flight took place despite the UAE having no formal diplomatic ties with Israel, while there are no commercial flights between the two states.

However, it marks an open moment of cooperation between the countries after years of rumoured back-channel discussions between them over mutual enmity towards regional rival Iran.

In the past, private and diplomatic planes often had to travel to a third country before heading onto Israel.

Etihad, a state-owned, long-haul carrier, confirmed that it had sent a flight Tuesday to Tel Aviv’s Ben Gurion Airport.

“Etihad Airways operated a dedicated humanitarian cargo flight from Abu Dhabi to Tel Aviv on 19 May to provide medical supplies to the Palestinians,” the airline told The Associated Press news agency.

The United Nations said it coordinated the 14-tonne shipment of “urgent medical supplies” from the UAE to help curb the spread of COVID-19 in the Palestinian territories, according to a statement from the United Nations Special Coordinator for the Middle East Peace Process (UNSCO).

“The aid includes personal protective equipment (PPE) and medical equipment. Most notably, it includes 10 ventilators that are acutely needed,” the statement added.

It was not immediately clear whether the 14 tonnes of aid were transported on the Tuesday Etihad cargo flight. Etihad was not mentioned in the UNSCO statement.

Palestinian officials in the occupied West Bank made no immediate comment. Health officials in the Gaza Strip, which is ruled by the Hamas movement, said they had no knowledge of any aid shipment for Gaza from Abu Dhabi.

An Israeli official said the flight would be delivering humanitarian aid provided by the UAE to the Palestinians and that the cargo flight was coordinated with the Israeli government. The official spoke on condition of anonymity due to the sensitivity of the subject.

Neither the Gaza Strip nor the West Bank has its own airport, meaning most cargo bound for Palestinian territory must enter through Israel.