British historian caused outrage by saying ‘slavery was not genocide’ in a recent interview. 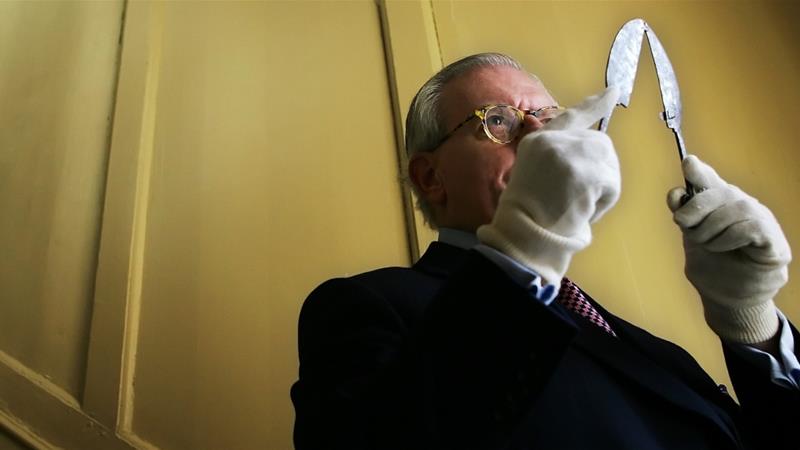 British historian and TV presenter David Starkey has relinquished his honorary fellowship at a University of Cambridge college after he drew outrage for his comments about Black people and whether slavery should be considered genocide.

Starkey said in an interview for a YouTube show posted online Tuesday: “Slavery was not genocide, otherwise there wouldn’t be so many damn Blacks in Africa or in Britain, would there?”

The remarks prompted Sajid Javid – a former finance and interior minister who has talked about how his Pakistani father faced discrimination after coming to Britain – to call Starkey a racist.

“We are the most successful multi-racial democracy in the world and have much to be proud of,” Javid tweeted on Thursday.

“But David Starkey’s racist comments (‘so many damn blacks’) are a reminder of the appalling views that still exist.”

The head of Fitzwilliam College contacted the historian following his remarks on the YouTube channel Reasoned UK.

It issued a statement saying that although Starkey did not hold a teaching position, honorary fellows have the same responsibility as all college members to uphold its values.

“Fitzwilliam prides itself in leading the way in Cambridge in opening access to higher education for under-represented groups,” the statement read. “Our student and academic bodies are diverse and welcoming to all. We do not tolerate racism.”

“Our last book with the author was in 2010, and we will not be publishing further books with him,” it said.

“We are reviewing his existing backlist in light of his comments and views.”

In the interview, Starkey also said an “honest teaching” of the British Empire would characterise the territories Britain claimed as colonies and protectorates as “the first key stage of our globalization. It is probably the most important moment in human history and it is still with us.”

Starkey, a well-known television personality in Britain, has published more than 20 books, including many on the Tudors.

“Hand on heart, I wasn’t engaged enough in this interview as I should have been,” Grimes said in a statement.

“I should have robustly questioned Dr Starkey about his comments.”