April has been a mixed month so far with people waking up to frost, snow and sleet across parts of the UK. But a heatwave is set to hit the country as summer finally arrives.

According to latest weather charts from Netweather, temperatures across England this week will hit up to 14C (57.2F) in London.

The Midlands will also see temperatures rise to 13C (55.4F).

In Scotland, the weather will remain dry with the maximum temperatures reaching up to 13C (55.4F) in the Scottish highlands, according to the weather forecaster. 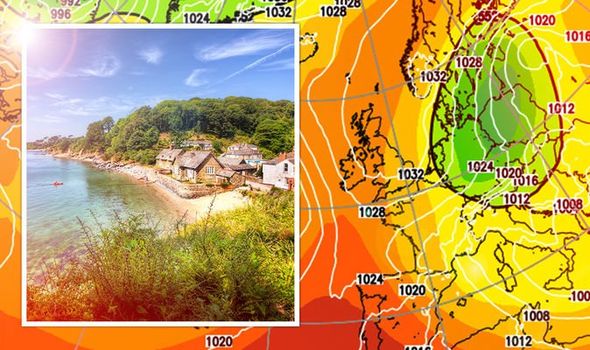 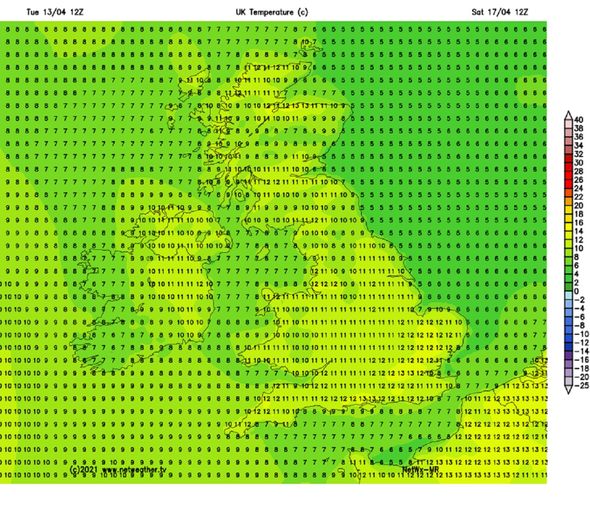 By Monday, April 26, WXCharts predicted temperatures will rise to 20C (68F) across England.

BBC forecasters said the end of April and start of May is set to be characterised by warmer, more settled conditions.

They said: “The tail end of April and first part of May will be at the mercy of high pressure that should often find itself to the north or west, and low pressure to the south near Spain.

“The UK will be caught between these two large-scale pressure systems, so we will likely continue to see changeable weather.” 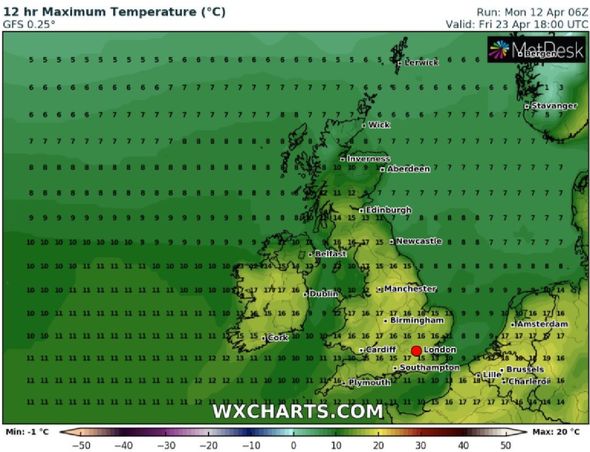 They added: “As we head into May we expect the weather to become increasingly more settled, dry, and warm.”

The Met Office said while temperatures will be close to average throughout April, there will still be some frost overnight.

They said: “Temperatures will probably be close to average for the time of year, with clearer skies causing warm temperatures by day but allowing temperatures to drop overnight, meaning frost is still possible and that mist and fog formation is likely, especially in the south.”

Between April 27 and May 11, the Met Office predicted the warm weather will remain in some areas along with showers and longer spells of rains. 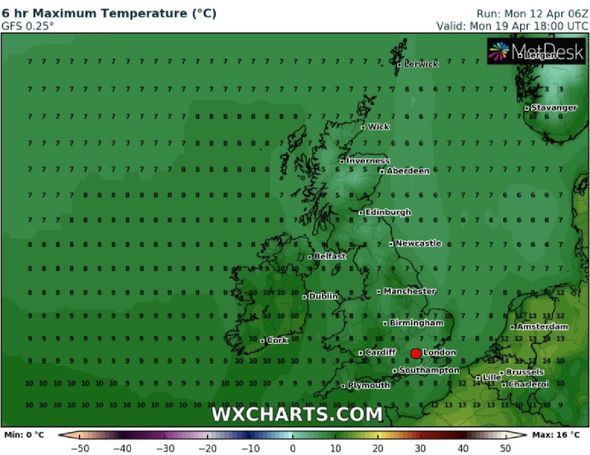 The forecaster said: “Confidence remains low for this period, however, mixed and slowly evolving weather patterns, typical of spring, are most likely through the end of April and into May.

“Fine and dry weather is expected to be more prevalent on the whole, with fair-weather cloud and plenty of sunny spells, although all areas are likely to see some showers or longer spells of rain at times.

“Temperatures probably close to average, with some warmer spells are possible at times.”

Today, BBC’s Carol Kirkwood said the temperatures will drop tonight and will be close to freezing. 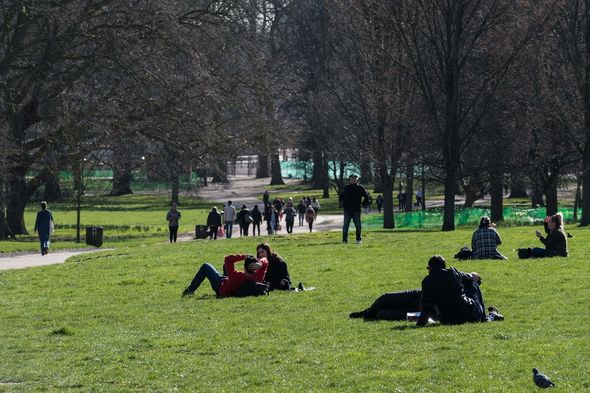 She said: “It’s going to be a cold night too, with temperatures not far off freezing.

“So some of us will wake up tomorrow morning to a frosty start.

“But where we’ve got the clear skies, we will start off with some sunshine.

“And tomorrow, like today, largely dry, cloud building through the course of the day.

“We may see some showers in the south west, maybe into the north west as well.

“And temperatures at 8 in Lerwick and 13 in Cardiff.”