A bitter Arctic chill will blast the nation today, pushing away any trace of the Bank Holiday heatwave. Snow charts from WX Charts show a freezing wind chill of -4C sweeping over Scotland on Tuesday. Around 2cm of snow is also forecast for northern regions including Inverness.

And charts from Net Weather show swirls of red, yellow and green moving in towards Scotland from the North Sea, before pushing down over the north east of England, including North Yorkshire and Teesside.

Net Weather forecaster Jo Farrow predicted snow to fall as far south as the Pennines, with icy conditions expected in other northern regions on Wednesday.

She said: “The cold front continues down over England with more cloud and a little rain, even snow for tops of the Pennines.

“Colder air pulls into northern Scotland on Tuesday night with a widespread frost and a few snow showers for the far north of Scotland and Aberdeenshire. 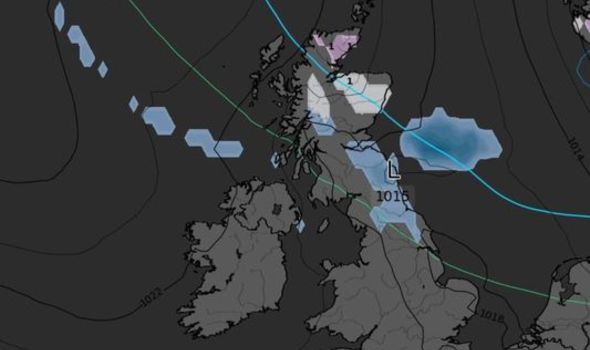 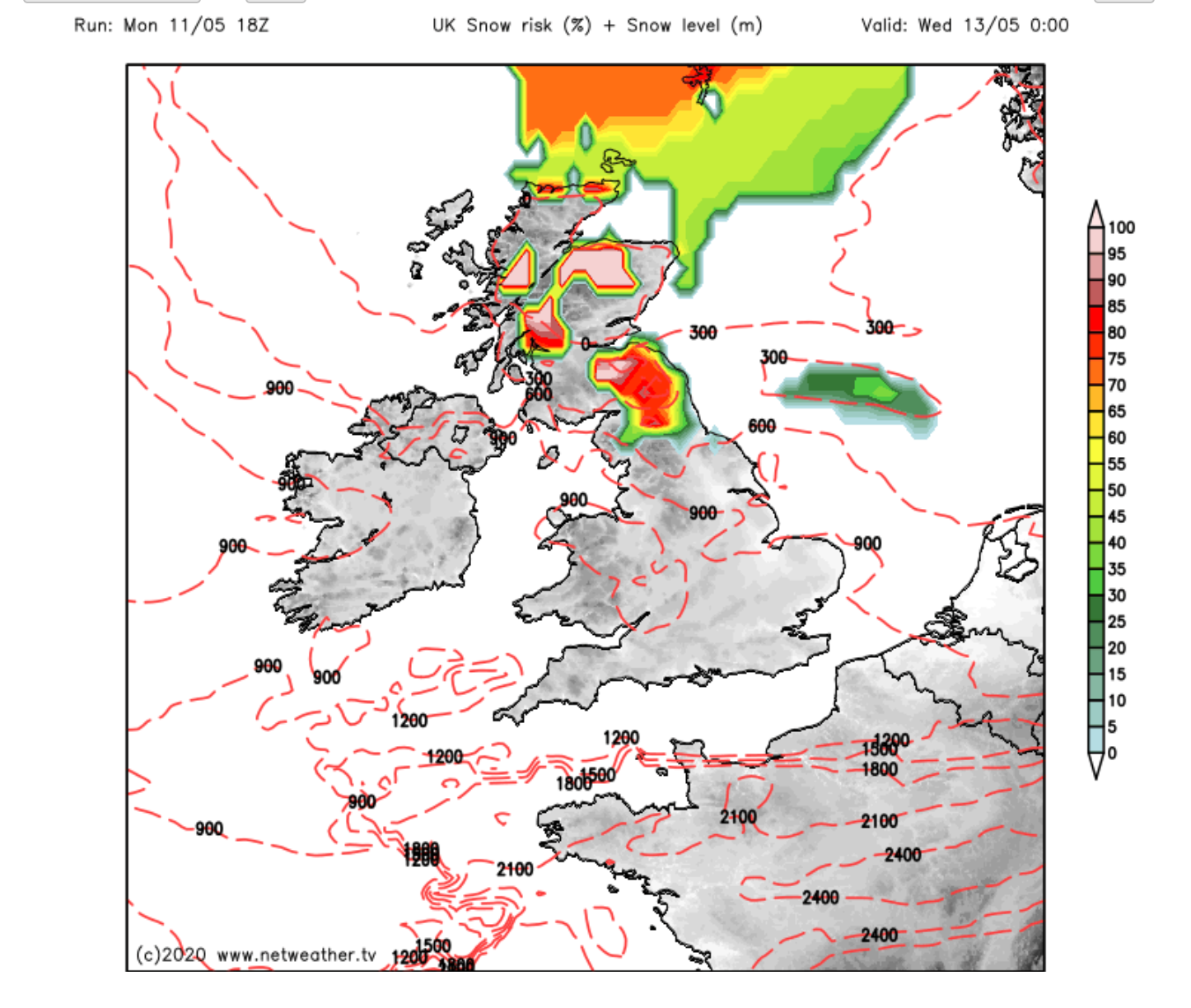 “Early on Wednesday, there could be ice to watch out for in parts of northern Britain. The winds will be very light by Wednesday.”

The Met Office warned on its website of wintry showers falling in northern areas of the UK today.

It said: “Sunny spells for southern areas but areas of cloud by afternoon; less windy, feeling a little warmer.

“Outlook for Wednesday to Friday is mostly dry with some pleasant sunshine. 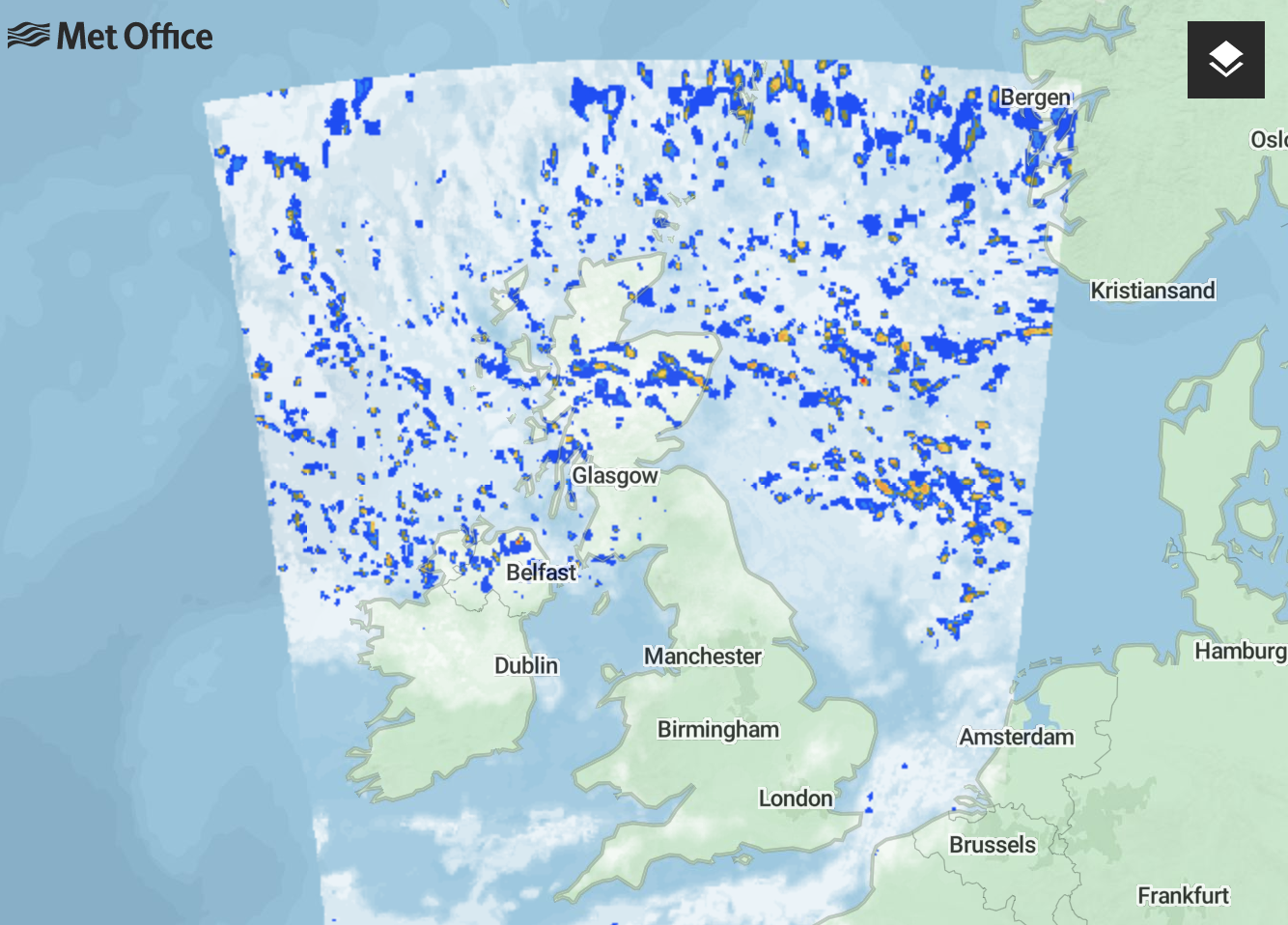 “Cloudier in the far north with scattered showers, these perhaps affecting some eastern districts on Wednesday. Cold at night, with frost likely in places.”

A forecast on Weather Outlook also stated snow could fall on both Tuesday and Wednesday this week.

It said: “Today an area of rain and snow pushes southwards across the northern half of Scotland.

“Accumulations of snow are possible, especially over high ground. The rest of the UK has a fine day. 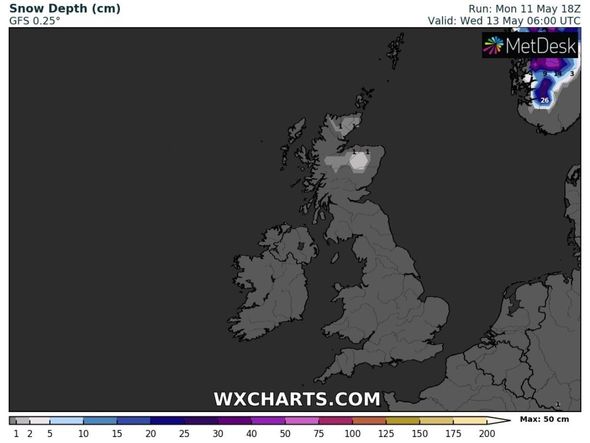 “In the southern half temperatures will be up on today’s values and closer to the mid May average.

“During Wednesday showers are likely in the north and east. In Scotland they could still have a wintry flavour.

“Elsewhere it will be dry and bright.

“Temperatures remain on the low side for the time of year and frost could be widespread early in the day.” 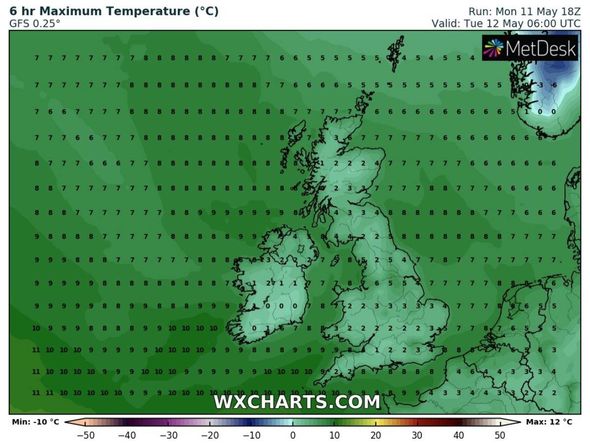 And the BBC also advised those who are venturing outside for their daily exercise or food shop to wrap up warm.

It said: “Today, much of the UK will see some areas of cloud, but Scotland will be cloudier with outbreaks of rain pushing south, which could fall as snow over the high ground. Largely dry elsewhere.

“Tonight, rain in the north will push further south, this petering out and arriving in the south-east near dawn.

“Clear spells will develop for many, but with wintry showers for the north-east. Staying cold.”