Weather maps show high pressure building next week which could bring “fine and settled conditions”. The UK has basked in dry and sunny weather during April amid the coronavirus lockdown.

But this week marked a change with dropping temperatures and rainfall.

However the heatwave could be back as early as next week, according to weather maps by WX Charts.

WX Charts tweeted: “Signs of high pressure building in through next week could bring a transient return of fine and settled conditions to much of northern and western Europe.”

The UK’s April under strict lockdown could become the sunniest on record. 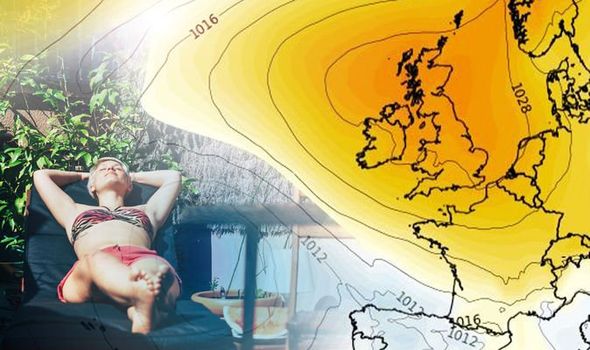 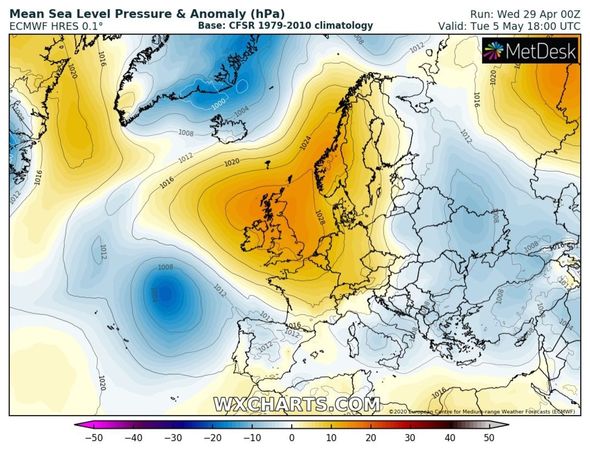 The Met Office recorded 215.8 hours of sunshine between April 1 and 27.

The Met Office said April is provisionally the sunniest on record for the UK since 1929.

The full statistics for the month will be released on May 1. 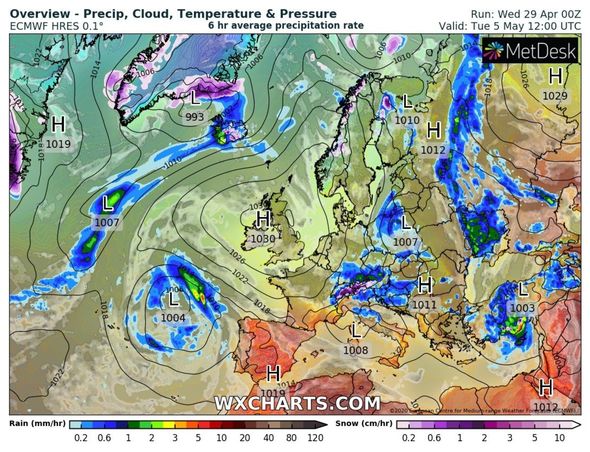 But there will be “lots of April showers” for the final days of the month, the Met Office has warned.

A Met Office meteorologist said: “They will be heavy in places as well and it will be on the cool side.

“A band of rain spreading north across Scotland followed by another band of heavy showers moving into Northern Ireland, across England and Wales, and into southern Scotland by dawn.

“There could be a touch of frost in northern Scotland but temperatures generally staying in the mid-single figures.

“Thursday could start off with some sunny spells across parts of eastern England in particular but basically it’s a showery day.

“The showers will be heavy and possibly thundery particularly across England and Wales.

“More persistent rain across central parts of Scotland, just a few showers in the far north where temperatures will be in single figures. 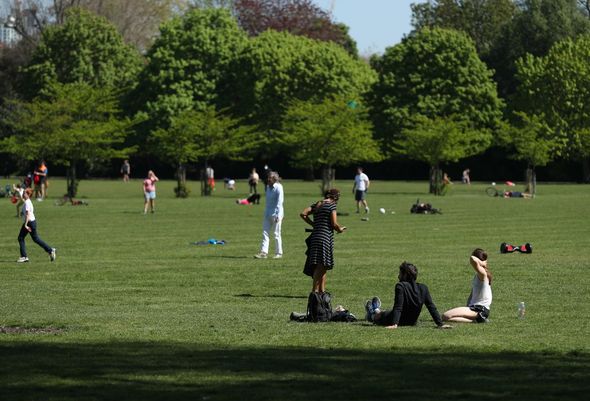 “Further south we could reach the mid-teens but feeling cooler when the downpours come along.

“Quite gusty as well across the south coast.

“The showers continue on and off through Thursday evening, still some heavy and thundery ones in places.

“A mixture of sunshine and showers on Friday but it does look a little drier as we go into the weekend.”